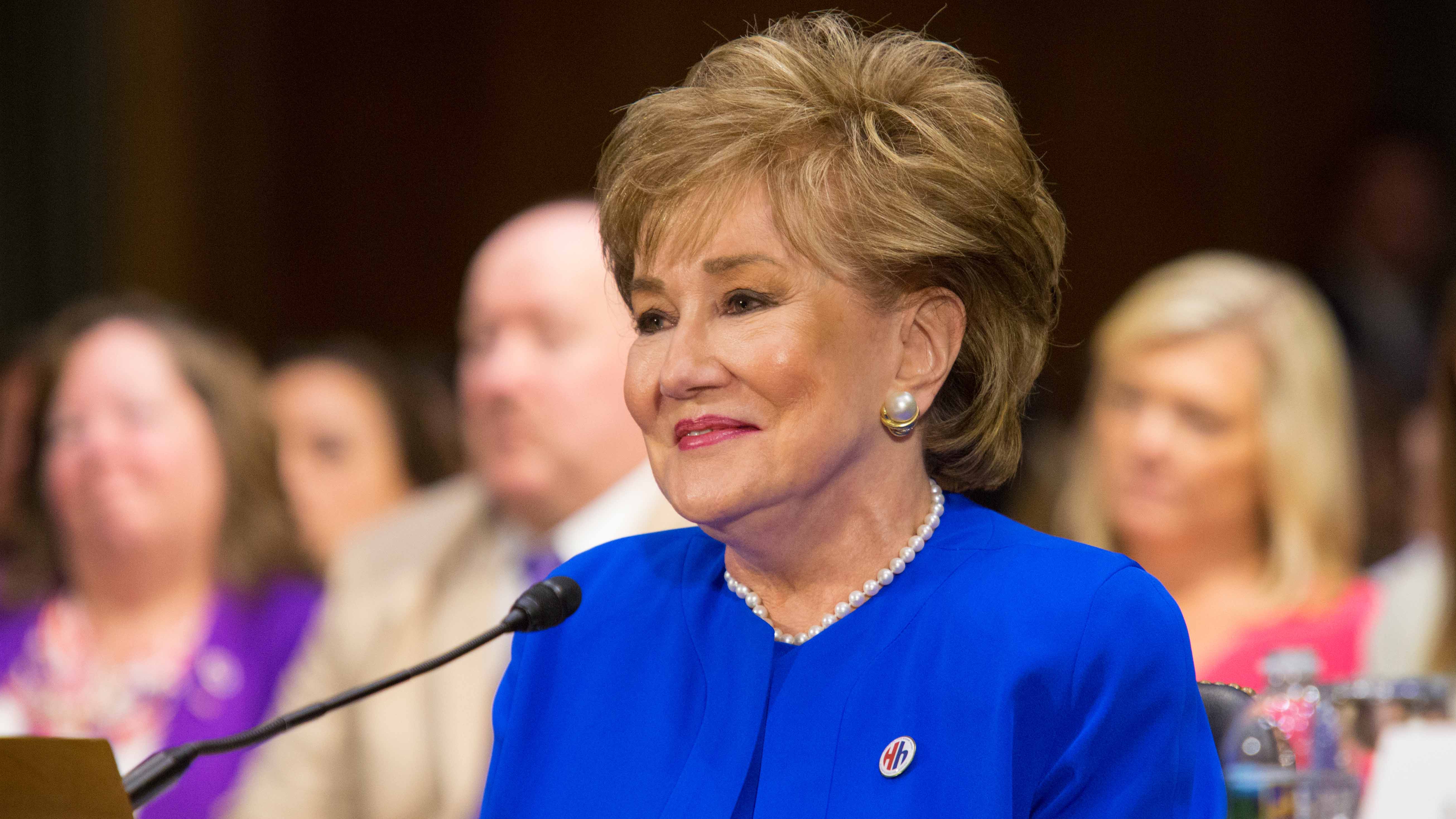 Elizabeth Dole, a former U.S. senator, two-time cabinet secretary, former leader of the American Red Cross and founder of a national organization that focuses on support for military families and caregivers, is the 2022 recipient of the Association of the U.S. Army’s highest award.

The George Catlett Marshall Medal, awarded for distinguished and selfless service, is presented annually during the association’s annual meeting and exposition in Washington, D.C.

Dole, a native of Salisbury, North Carolina, was chosen for AUSA’s annual award because of her decades of selfless service to the United States and particularly because of her many efforts to aid service members and their families.

Her late husband, Robert Dole, received the Marshall Medal in 2001. A World War II veteran who spent eight years in the U.S. House of Representatives and 27 years in the U.S. Senate, he died Dec. 5 and was laid to rest at Arlington National Cemetery in February.

“Elizabeth Dole has dedicated her extraordinary life to serving her country and others. She is the epitome of a selfless servant and a tireless advocate for our service members and their families,” said retired Gen. Bob Brown, AUSA president and CEO. “Her deep commitment to caring for those who have worn our nation’s cloth, and those who love and support them, is an example for us all to emulate. I am proud the Association of the U.S. Army is recognizing her with our highest award. We are forever grateful for everything she has done and continues to do.”

Elizabeth Dole, 85, served six years in the Senate, from 2003 to 2009, after she’d already held top administration jobs in the Johnson, Nixon, Ford, Reagan and Bush administrations, including serving as transportation secretary for President Ronald Reagan—the first woman to be appointed to the job—and labor secretary for President George H.W. Bush. She also spent eight years as president of the American Red Cross, leading a major transformation in the way the organization collects, tests and distributes half of the nation’s blood supply.

In 2012, after she left political office, she founded the Elizabeth Dole Foundation, dedicated to transforming how our nation supports the 5.5 million Americans caring for a wounded, injured or ill service member or veteran at home. Inspired by her vision, the foundation has successfully advocated for the largest expansion of military caregiver benefits in history, grown a national network of caregiver-friendly cities and counties, created the most trusted online community of military caregivers, and has launched a series of direct support programs for caregivers, including a groundbreaking initiative at the Department of Veterans Affairs training clinicians to integrate caregivers into medical teams from day one.

She currently serves as the foundation’s board chair, recently working with the White House’s Joining Forces program and the Wounded Warrior Project to launch “Hidden Helpers,” an initiative benefiting the children of military caregivers. This year, the foundation launched a financial assistance fund for struggling caregivers, with the support of the Bob & Dolores Hope Foundation, reflecting the legacy of comedian Bob Hope, a previous recipient of the Marshall Medal.

“The honor of receiving an award named for such a historic leader is made even greater by my admiration for the Association of the United States Army and the Army soldiers and families they represent,” Dole said. “For nearly two and a half centuries, our soldiers and their loved ones have made freedom and democracy possible for all of us here at home and millions more around the world. They have earned our nation’s everlasting gratitude and support.”

The Marshall Medal, established in 1960, is named for George Catlett Marshall, who served as Army chief of staff, secretary of state and secretary of defense.

In 2021, AUSA awarded the Marshall Medal to retired Sgt. Maj. of the Army Kenneth Preston.