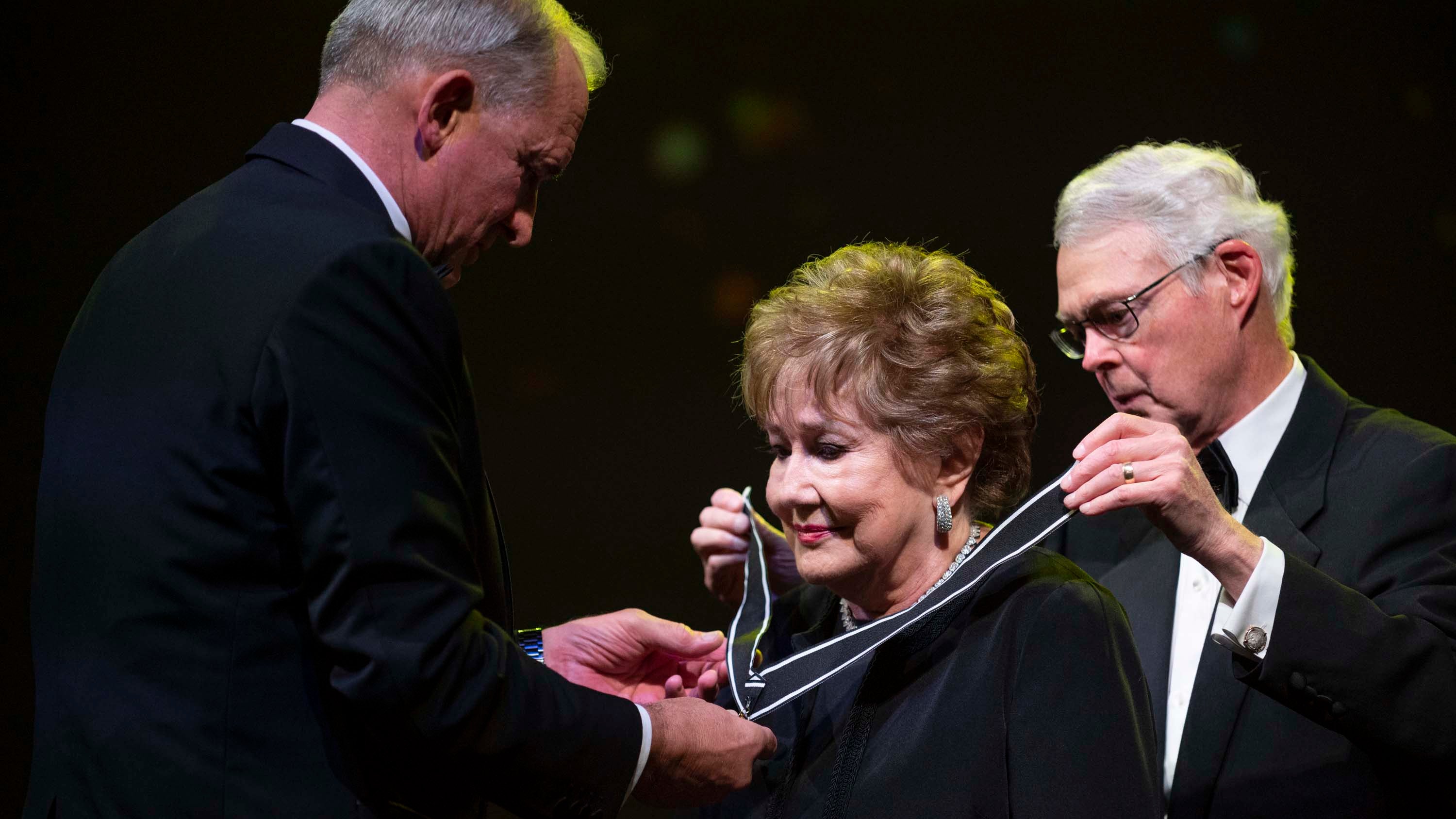 Former Sen. Elizabeth Dole, the 2022 recipient of the Association of the U.S. Army’s highest award for distinguished service, has dedicated the last 12 years of her life to the caregivers of wounded warriors, using her foundation to assist the young spouses, mothers, fathers and siblings who face many challenges.

At the final event of AUSA’s 2022 Annual Meeting and Exposition in Washington, D.C., Dole accepted the George Catlett Marshall Medal, awarded for distinguished and selfless service for her deep commitment to service members and their families.

Dole said it was 12 years ago when her late husband, former Sen. Bob Dole, a disabled World War II veteran, was being treated at an Army hospital that “my eyes were first opened to the challenges of some very special families.” She watched families of wounded Iraq and Afghanistan veterans face challenges they weren’t prepared to handle, managing unending medical appointments and paperwork, planning home modifications to aid the wounded service member and being the lead parent making many decisions alone.

“As I became invested in the lives of these caregivers, I began to believe we were dealing with a new phenomenon in this country,” Dole said. “Battlefield medicine was so improved that many who would have died in former wars were surviving, thank goodness. But of that group of survivors, so many came home with multiple wounds, illnesses and injuries that required a caregiver for years, even decades.”

“Most Americans had no idea what was happening to military families. I knew we had to raise awareness and support,” she said.

She established the Elizabeth Dole Foundation and commissioned a study to learn the scope of the problem. It was big. She said she discovered “there are 5.5 million military caregivers in America, many bathing, feeding, dressing the severely wounded, handling medication, arranging doctor’s appointments and trying to prevent triggers that could set off an emotional response that can last for hours, all while raising kids and acting as the sole breadwinner for the family.”

“America’s military caregivers are essentially an unpaid workforce, providing $14 billion dollars’ worth of care every year,” she said, vowing that her foundation will continue to seek ways to help them.