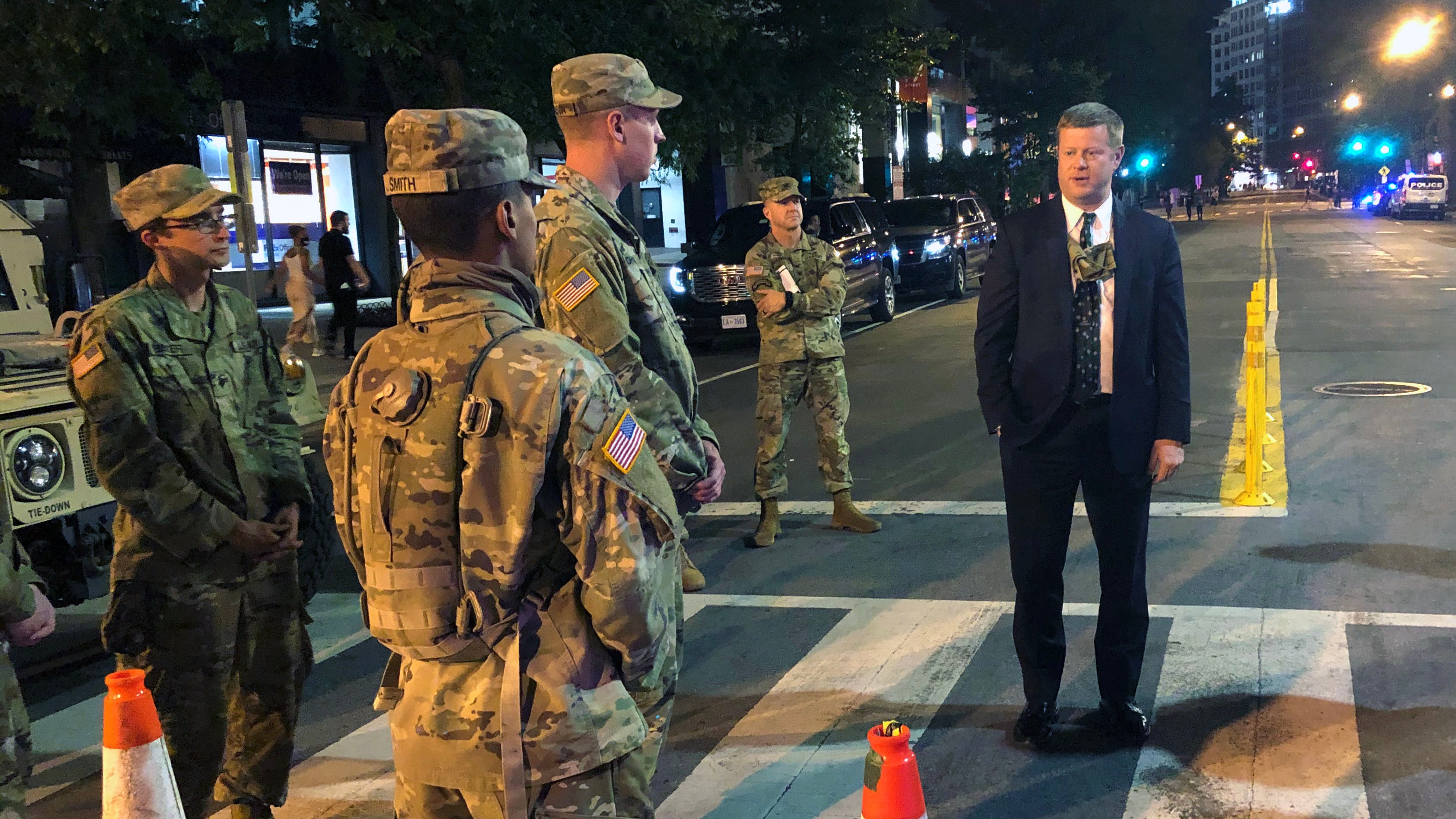 The demonstrations and emotional calls for social justice across the country this summer led to tough conversations between Army leaders and their soldiers—and Army Secretary Ryan McCarthy plans to continue those talks as the service works to eliminate bias in the ranks.

The death of George Floyd while in the custody of Minneapolis police officers reverberated across the country, McCarthy said.

“It was a powder keg that ignited the country, and the anger and the frustration spilled out on the streets, and, quite frankly, they should have,” he said during a virtual discussion hosted by the Reagan National Defense Forum.

During “significant protests” in Washington, D.C., McCarthy was out in the streets, talking to the National Guard soldiers and airmen mobilized to support local authorities. “We didn’t have a single soldier or airman put a hand on a protester. If anything, they were giving hugs and handing out water, but being out there, you see it and you feel it,” McCarthy said.

In response, Army senior leaders have resolved to listen, learn and put in place initiatives to make sure every soldier can meet his or her potential.

“I don’t know what it’s like to be a Black man in America, but I’ve got to listen. I’ve got to learn,” McCarthy said. “Twenty percent of our formation represents that demographic. You know that tension is in our ranks, it’s in our cities, so we’re going around the country, we’re having sensing sessions.”