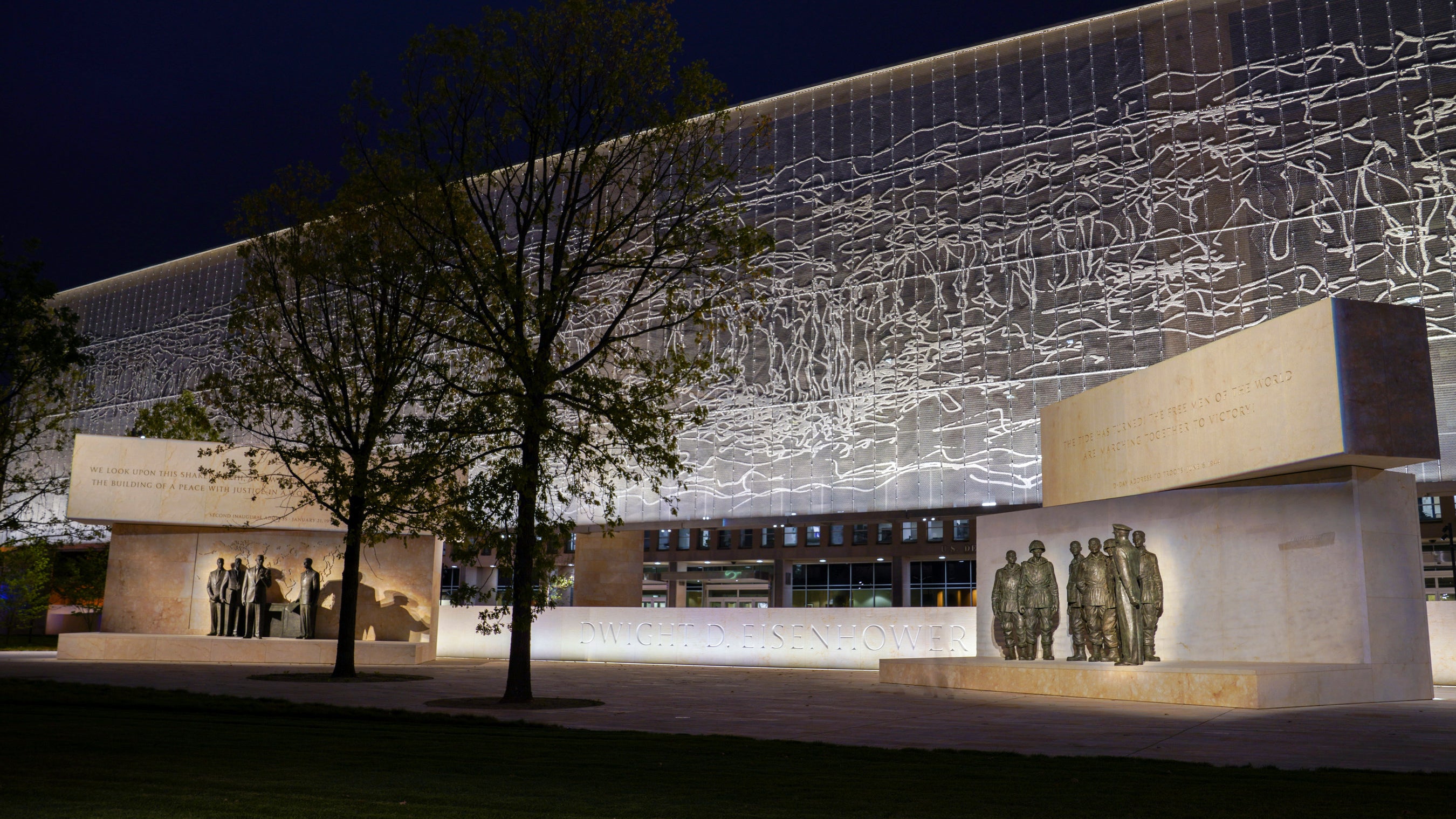 The legacy of Gen. Dwight Eisenhower, 34th president of the United States and supreme allied commander of the Allied Expeditionary Force during World War II, will be brought to life with a national memorial opening this week in Washington, D.C.

Set on a 4-acre site described by designers as an “urban park,” the Dwight D. Eisenhower Memorial will be located at the base of Capitol Hill in front of the U.S. Department of Education and across the street from the Smithsonian’s National Air and Space Museum.

The memorial will be dedicated on Sept. 17. The event will be livestreamed on Facebook beginning at 7 p.m. Eastern.

It originally was scheduled to open on May 8, the 75th anniversary of V-E Day, which marks the Allied victory in Europe in 1945. The opening was delayed because of the COVID-19 pandemic.

Forming the centerpiece of the memorial will be a stainless steel “tapestry” depicting the cliffs at Pointe du Hoc on the French coastline, the site of the D-Day landings on June 6, 1944. The 450-foot long, 60-foot high installation is the first of its kind. The drawing of the cliffs across 60 panels was created with a welding machine made specially for the project.

In the park, visitors will also see larger-than-life bronze sculptures of Eisenhower talking with 101st Airborne Division troops about to land on Normandy Beach in France and in his role as president.

A mobile app that will use on-site wireless technology will be available for download by visitors to learn more about Eisenhower’s legacy and accomplishments, see historical photos and footage, listen to speeches and read biographical material.

For more information on the memorial and the livestream of the dedication, click here.