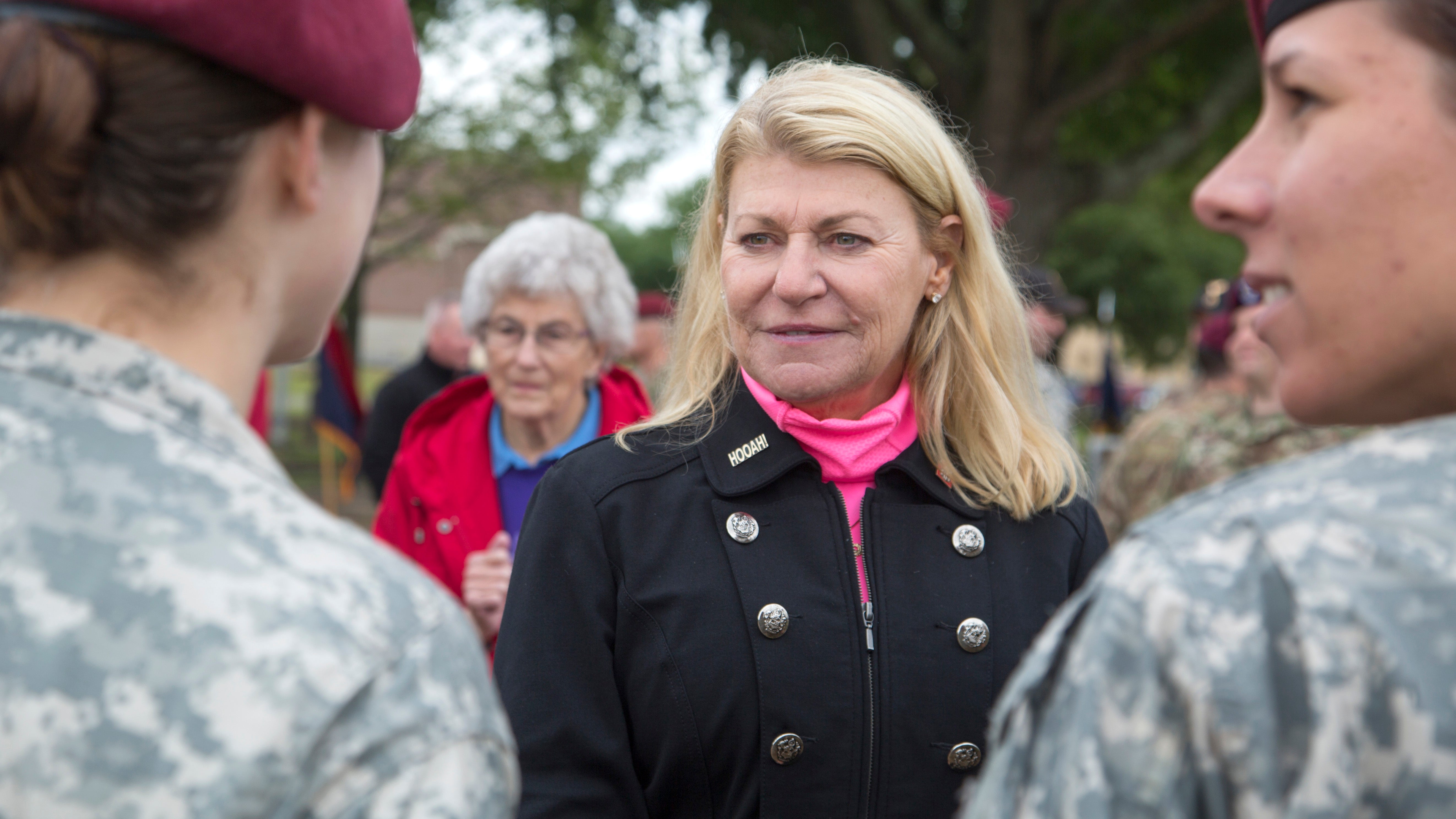 Retired Gen. Ann Dunwoody, the first woman in U.S. history to reach the rank of four-star general, will receive the 2019 Sylvanus Thayer Award, the West Point Association of Graduates’ highest honor for a nongraduate.

Dunwoody, a member of the Association of the U.S. Army’s Council of Trustees, will receive the prestigious award on Oct. 10 during a ceremony hosted by Lt. Gen. Darryl Williams, the superintendent of the U.S. Military Academy at West Point, New York.

The Corps of Cadets will conduct a parade on the Plain in Dunwoody’s honor later that day. The parade is open to the public.

“With four generations of West Point graduates in my family, I am especially proud that I will have the privilege of trooping the line, and the opportunity to salute the men and women of the Corps of Cadets who will lead and inspire our future Army,” Dunwoody said in a statement released by West Point.

She deployed overseas for Operation Desert Shield/Desert Storm and, as 1st Corps Support Command commander, deployed the Logistics Task Force in support of Operation Enduring Freedom I. Her major staff assignments include planner for the chief of staff of the Army; executive officer to the director, Defense Logistics Agency; and deputy chief of staff for logistics, G-4. As commander of Surface Deployment and Distribution Command, Dunwoody supported the largest deployment and redeployment of U.S. forces since World War II.

In her last assignment, Dunwoody led and ran Army Materiel Command, the largest global logistics command in the Army. She retired in 2012, saying, “From the very first day that I put my uniform on, right up until this morning, I know there is nothing I would have rather done with my life.”

The Thayer Award, presented annually since 1958, is named for Sylvanus Thayer, West Point’s superintendent from 1817–33, whose improvements in academic standards and emphasis on military discipline and honorable conduct led to his being considered the Father of the Military Academy.