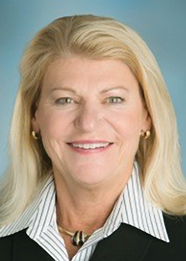 The first woman in U.S. history to achieve the rank of four-star general said she learned her first leadership lesson as a newly minted second lieutenant: Never walk by a mistake.“I was taught that if you walk by a mistake, you’ve just set a new lower standard,” said retired Gen. Ann Dunwoody. She spoke Wednesday at the General Bernard W. Rogers Strategic Issues Forum, presented by AUSA’s Institute of Land Warfare.Dunwoody said the mistake might seem insignificant—a soldier walking by with his or her hands in pockets, for example—but “in the Army, failing to maintain a standard can lead to a slippery slope that leads to poor performance, people getting hurt or even worse.”Dunwoody, who retired in 2012 with more than 37 years of service, said early in her career, she assumed that as a woman she would need to exceed the Army’s standards to be accepted in the ranks. However, “all of the good leaders I served with, all of the good leaders I looked up to, they all held themselves to a higher standard and encouraged their subordinates to do the same.”So Dunwoody’s 2015 book, Leadership Strategies From America’s First Female Four-Star General, is about her military career from “a leadership, not a gender, perspective.”“I believe good leaders never stop learning,” she said. “This is not a book about how to become a general; I’m not sure I could write a book like that.” Instead, she wanted to encourage soldiers to “dream big” and “continue to find ways to make a difference.”Dunwoody said good leaders embrace diversity, which doesn’t mean “adding one of these, or one of those, to the roster. The real power of diversity comes from diversity of thought.”She also said good leaders tackle challenges instead of running away from them. “Were there times when it would have been easy to quit and run in the face of adversity? You bet.” But she told herself, “If I quit, if I take the easy road, if I don’t try to make a difference, who’s the real winner and who’s the real loser?”“For me, the seemingly insurmountable challenges turned into opportunities, because it was all about leadership.”