Dubik: U.S. Should Strike Back if North Korea Strikes First

Dubik: U.S. Should Strike Back if North Korea Strikes First 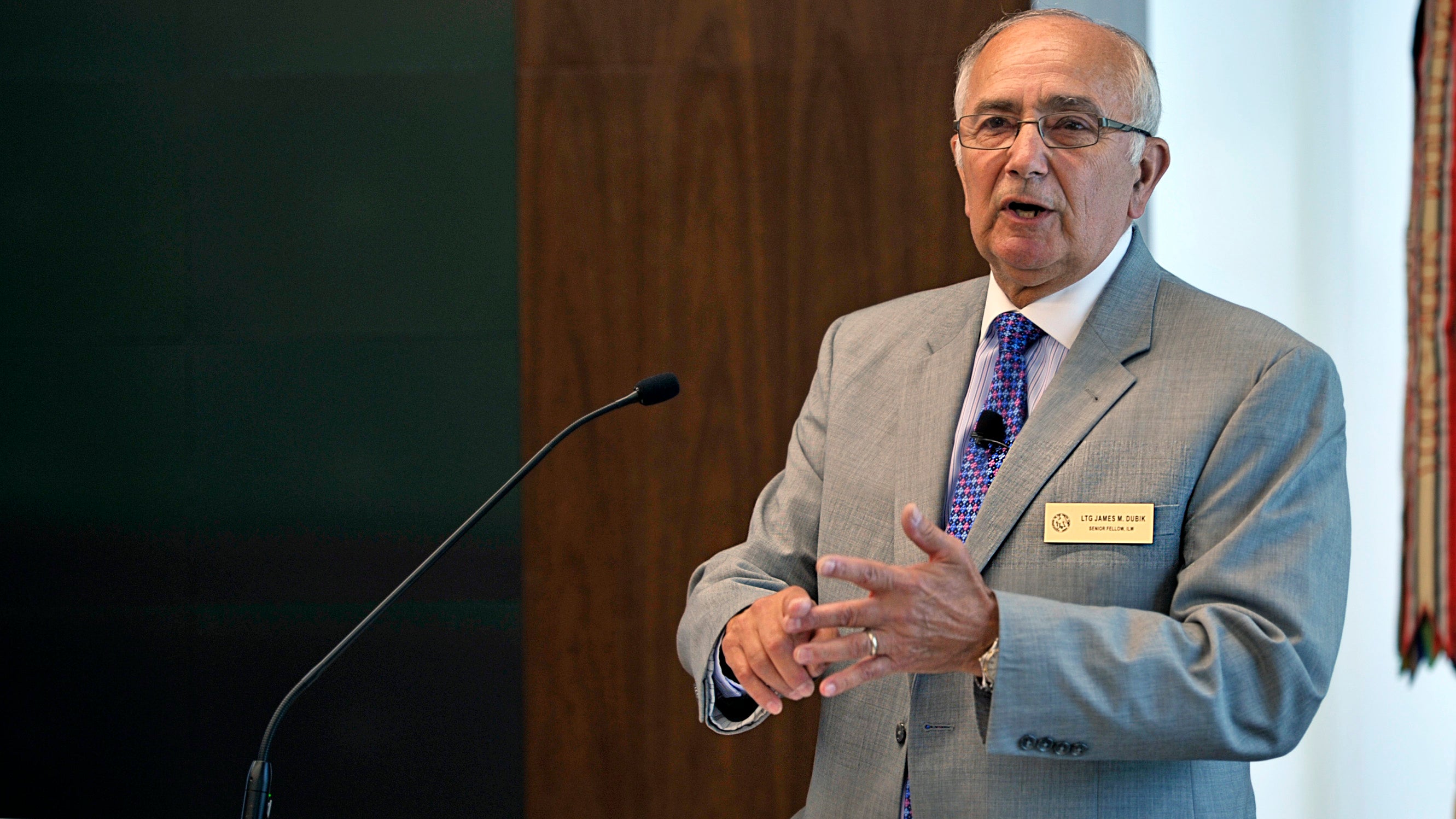 Speaking at a Lemnitzer Lecture hosted by the Association of the U.S. Army’s Institute of Land Warfare, Dubik said, “There has to be a proportional response to North Korea’s first use of nuclear weapons.” But the U.S. should strike at “legitimate military targets” and avoid innocent civilian populations and noncombatants to the fullest extent possible, said Dubik, a senior fellow with the Institute of Land Warfare.

While war is a last resort, “we’re as close to war in North Korea as we’ve ever been,” he said. The U.S. needs to plan for it “in a pretty thorough way.”

Dubik was at AUSA to talk about his book, which discusses not the ethics of tactics, as many others have, but the ethics of strategy, he said: “the moral dimension of the conduct of war.” Dubik has the chops as a former commander of Multi-National Security Transition Command-Iraq. He also has a doctorate in philosophy.

His book’s themes include the importance of saving soldiers’ lives, the civil-military relationship, and resignation as a moral statement. “You don’t turn in your moral agency for your stars,” he said of the last issue.