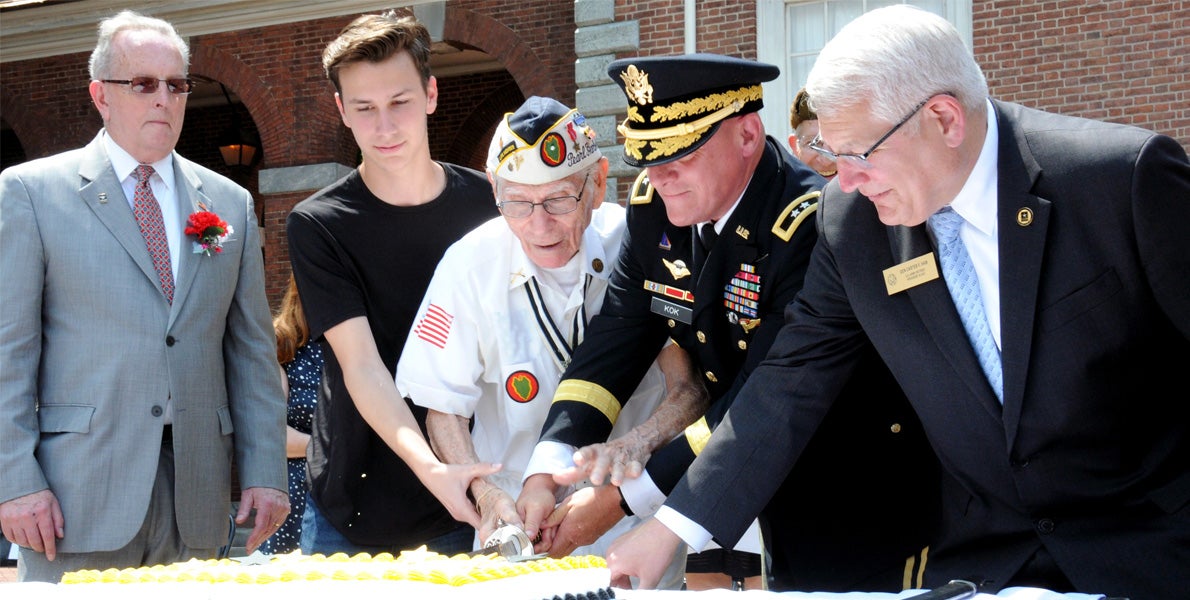 It involved a celebration at Constitution Hall, where the Continental Congress established the Army 242 years earlier, and the enlistment oath given to 46 new soldiers at the Constitution Center. The day wrapped up at the Betsy Ross House with 13 people becoming U.S. citizens.

“It was a great day in Philadelphia,” said retired Gen. Carter F. Ham, AUSA’s president and CEO, who attended the event. “There is no better place than Philadelphia to celebrate Flag Day and the Army Birthday.”

The oldest soldier at the Army cake-cutting was 96-year-old Pvt. Alex Horanczy, a Pearl Harbor survivor who served in the 42nd Infantry Division. The youngest was recruit Brian White, one of the soldiers who was administered the enlistment oath by Maj. Gen. Troy D. Kok, commanding general of the U.S. Army Reserve 99th Regional Support Command.

Kok, who also participated in the citizenship ceremony, said it was a special day for him. His grandparents emigrated to the U.S. “to make a life for themselves, and it is from that life that they have given me the opportunity to serve this great country.”

Ham, the keynote speaker at the event, called for celebrating the nation’s heritage. “Let’s remember those who came before us, those who set this nation free and have kept it free,” Ham said. “The Army of today remains the pre-eminent Army on the face of the planet; today’s soldiers march in the footsteps of the giants who came before.”