DoD to Have Key Role in COVID-19 Vaccine Rollout

DoD to Have Key Role in COVID-19 Vaccine Rollout 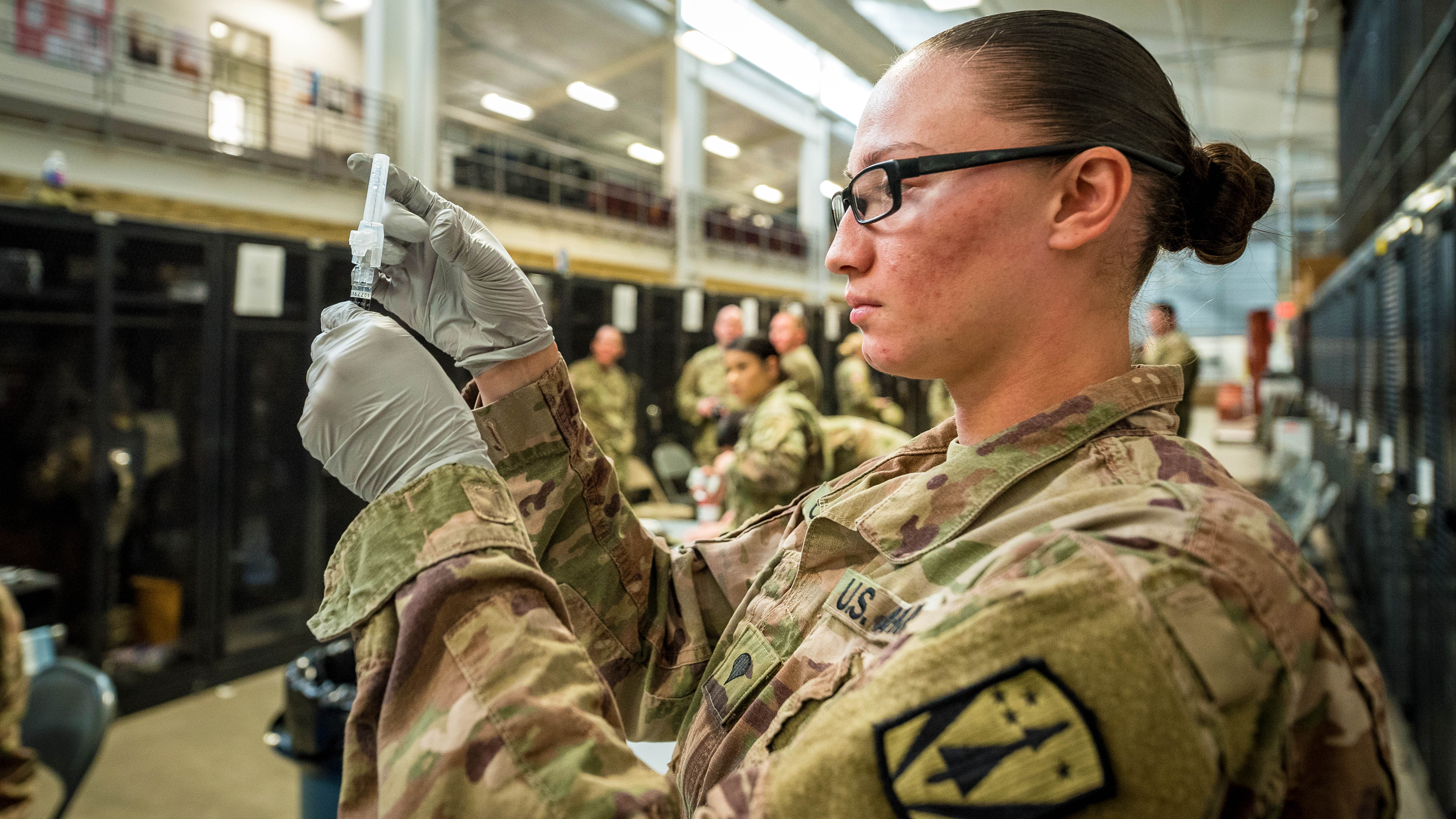 DoD and other federal agencies are putting into motion plans to roll out a COVID-19 vaccine under Operation Warp Speed—and the Pentagon is set to play a key role in its distribution.

“Americans can trust that our country’s best public health and logistics experts are working together to get a vaccine to them as soon as available,” Perna said.

Operation Warp Speed, a collaboration between DoD, the Department of Health and Human Services and the Centers for Disease Control and Prevention, aims to deliver a safe and effective vaccine against the novel coronavirus in the coming months.

This month, the federal government released a strategy “playbook”—including details about data monitoring and a “phased allocation” method—for vaccine distribution when one becomes available.

Earlier this year, Perna said it’s “potentially possible” to deliver 300 million doses of the vaccine by January, depending on the length of human trials and the safety and effectiveness of the vaccine.

Perna most recently was commander of Army Materiel Command, which manages the global supply chain and synchronizes logistics and sustainment activities across the Army.

According to the Associated Press, the “gradual campaign” for rolling out the vaccine could begin in January or later this year—and the vaccine would be free to all Americans who want the shot.

The shot will require two doses between 21 and 28 days apart, AP reported. Both doses will need to be from the same manufacturer, although more than one vaccine could eventually become available.