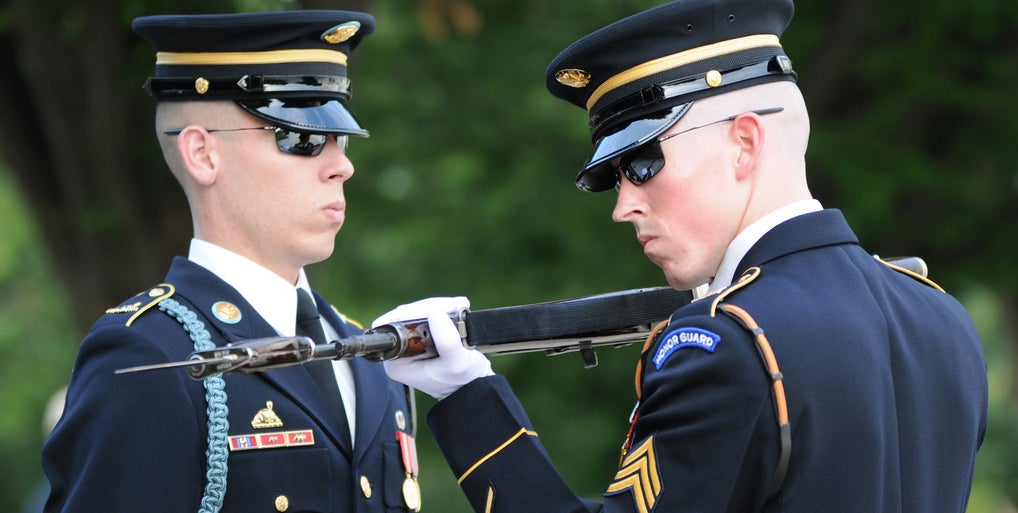 The sentinels at the Tomb of the Unknown Soldier at Arlington National Cemetery are the subject of “The Unknowns,” a behind-the-scenes documentary created by veterans and good friends Ethan Morse, a former tomb guard, and Neal Schrodetzki.

After screening their film in 45 theaters across the U.S. earlier this year, Morse and Schrodetzki will release it on DVD and Blu-ray Disc and via digital download on Veterans Day, Nov. 11. It will be available through iTunes, Amazon.com and Google Play in December.

In the film, wide-ranging interviews with numerous sentinels, who come out of the 3rd Infantry Regiment (The Old Guard), offer an inside look at their extensive training; their intensely microscopic attention to detail in uniforms, weapons and drills; the constant and relentless requirement to maintain complete ceremonial focus and composure; and what this unique duty means to them. “It’s been a challenge,” one sentinel says. “I can’t compare it to anything I’ve ever done.”

Morse and Schrodetzki met when they were assigned to the same Old Guard platoon as casket bearers after enlisting in the mid-2000s. Morse said both he and his friend dreamed of careers in filmmaking upon leaving the Army.

Given their personal experiences at Arlington National Cemetery while in uniform, Morse said it seemed like “the most natural thing in the world” to focus on the Tomb of the Unknowns for their first collaboration. They raised about $15,000 through a Kickstarter campaign, borrowed equipment, got the Army’s permission and spent three weeks filming at Arlington in May 2012.

“It was a huge honor to go back there as an aspiring filmmaker,” Morse said. “Very emotional.”

Schrodetzki spent most of the ensuing four years editing down the 700 hours of raw footage they captured into the final 86-minute film, as both held multiple jobs. “The first screening of the finished film was on Memorial Day in Burbank, Calif., and I just wept uncontrollably,” Morse said.

Whatever the future may hold for them, “The Unknowns” is a stirring paean to the tomb guards who strive to uphold the promise that the U.S. military, and the nation, will never forget those who have worn the uniform—even those whose names are lost to history.