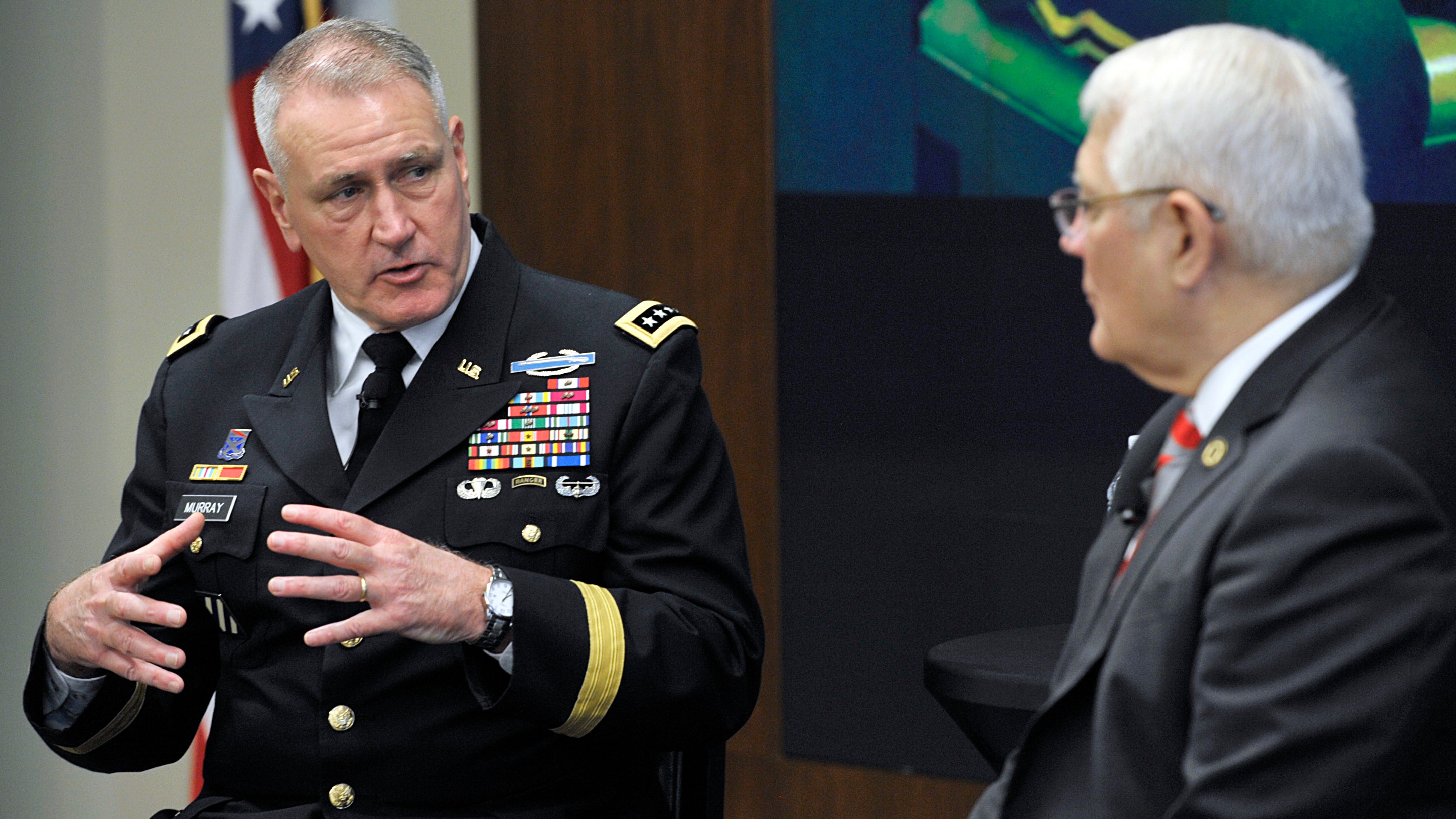 More than 30 modernization programs could be impacted if the Army doesn’t have a fully funded budget by Oct. 1, the commanding general of the U.S. Army Futures Command said.

“It really depends, like always, on the length of the CR,” Gen. John M. Murray said May 7 during an Association of the U.S. Army Institute of Land Warfare breakfast, referring to a so-called continuing resolution that Congress often passes to partly fund the government when permanent funding has not been approved.

New programs are not allowed to begin under a continuing resolution, which Murray said would hurt because some Army programs “will probably slide a year.” This could include the Army’s plans to buy more munitions, including for the Guided Multiple Launch Rocket System, Murray said.

Plans for Mobile Short-Range Air Defense and the Integrated Visual Augmentation System, a next-generation heads-up display for ground troops, also could be affected, he said.

“There will be readiness impacts,” he said, adding, “and that’s a short CR. The longer you go, the worse it gets, obviously.”

Murray and his team work to maintain an open and ongoing relationship with members of Congress and so far, most of their interactions have been positive, he said.

“All Congress asks from us is transparency, that they know what we’re trying to do, and we don’t surprise them with changes,” he said.