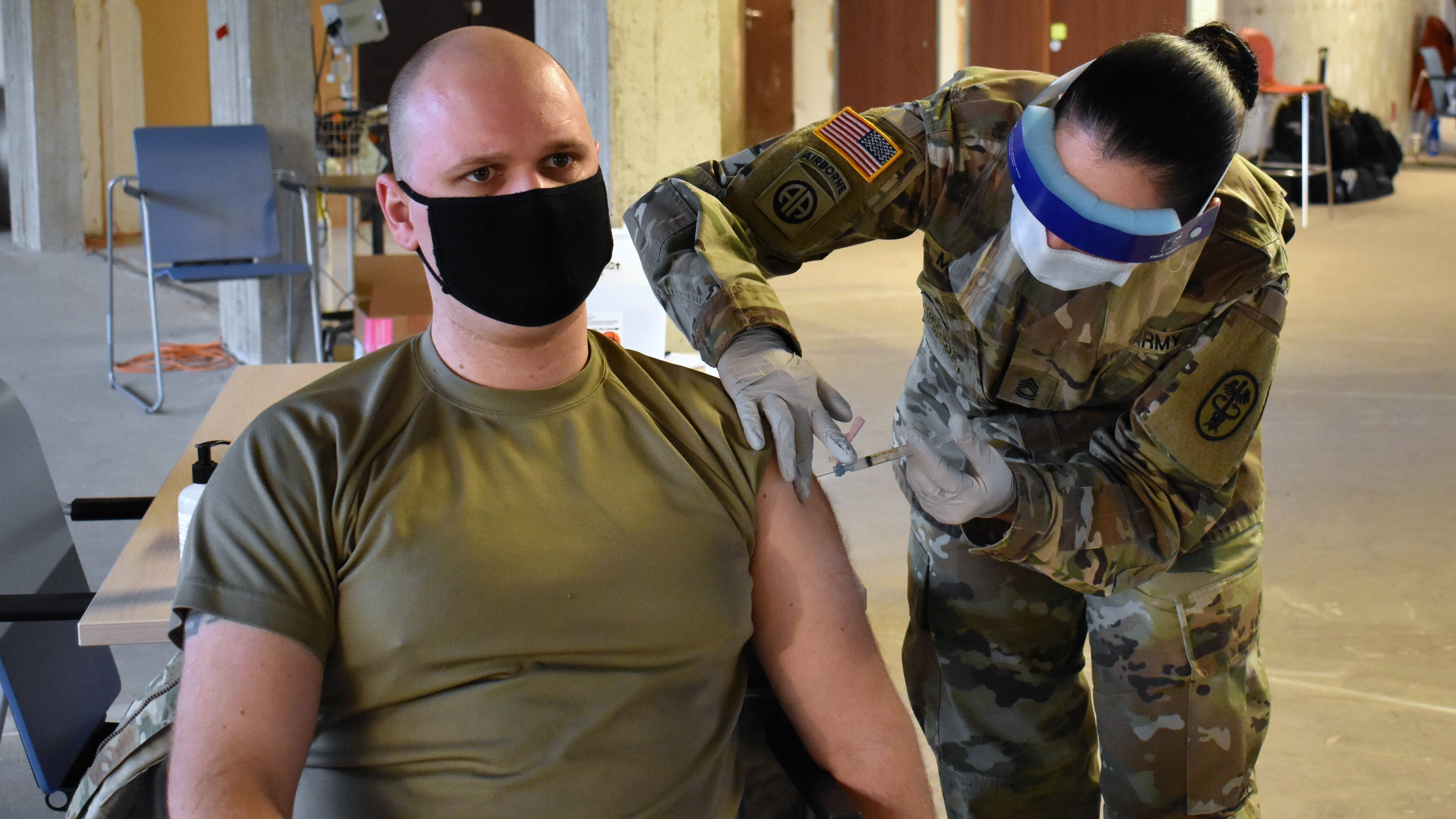 As COVID-19 vaccine distribution ramps up, the Army aims to have most of its force vaccinated by mid-summer, according to the Army surgeon general.

“We are on a full-court press to get there,” Lt. Gen. R. Scott Dingle said April 12 during The AUSA Noon Report, a webinar hosted by the Association of the U.S. Army.

“One thing that is going to allow us to meet that goal is that the distribution of the vaccine has increased,” Dingle said.

Command Sgt. Maj. Diamond Hough, senior enlisted leader for Army Medical Command, said that despite some initial hesitation about the COVID-19 vaccine, the Army is seeing “an uptick” in shots among soldiers.

Engaging with soldiers and answering questions has proven helpful as Army leaders continue to share information about the vaccine and encourage troops to take the shot when they have the chance.

While the vaccine isn’t mandatory for soldiers under its current emergency use authorization status, that could change by the end of the year, Dingle said.

“We are anticipating that, you know, hopefully by the end of this calendar year, that it will have [Food and Drug Administration] full approval so that the Department of Defense can direct it,” Dingle said.

In the year since the pandemic began, Dingle said, the Army has continued to respond to requests for help across the country. From vaccine research and development to augmenting civilian hospitals, the Army has been involved in all aspects of COVID-19 response efforts, and it continues to “adapt to the needs of the nation,” he said.

The efforts continue as Army Medicine undergoes organizational changes first directed by the 2017 National Defense Authorization Act. Under these changes, Dingle said, responsibility for health care delivery will fall to the Defense Health Agency, while Army Medicine pivots its focus to readiness.

“That pivot to readiness means that we will be there wherever the Army is,” Dingle said. “As the Army modernizes, we’re modernizing, because we want to be there to conserve that fighting strength.”