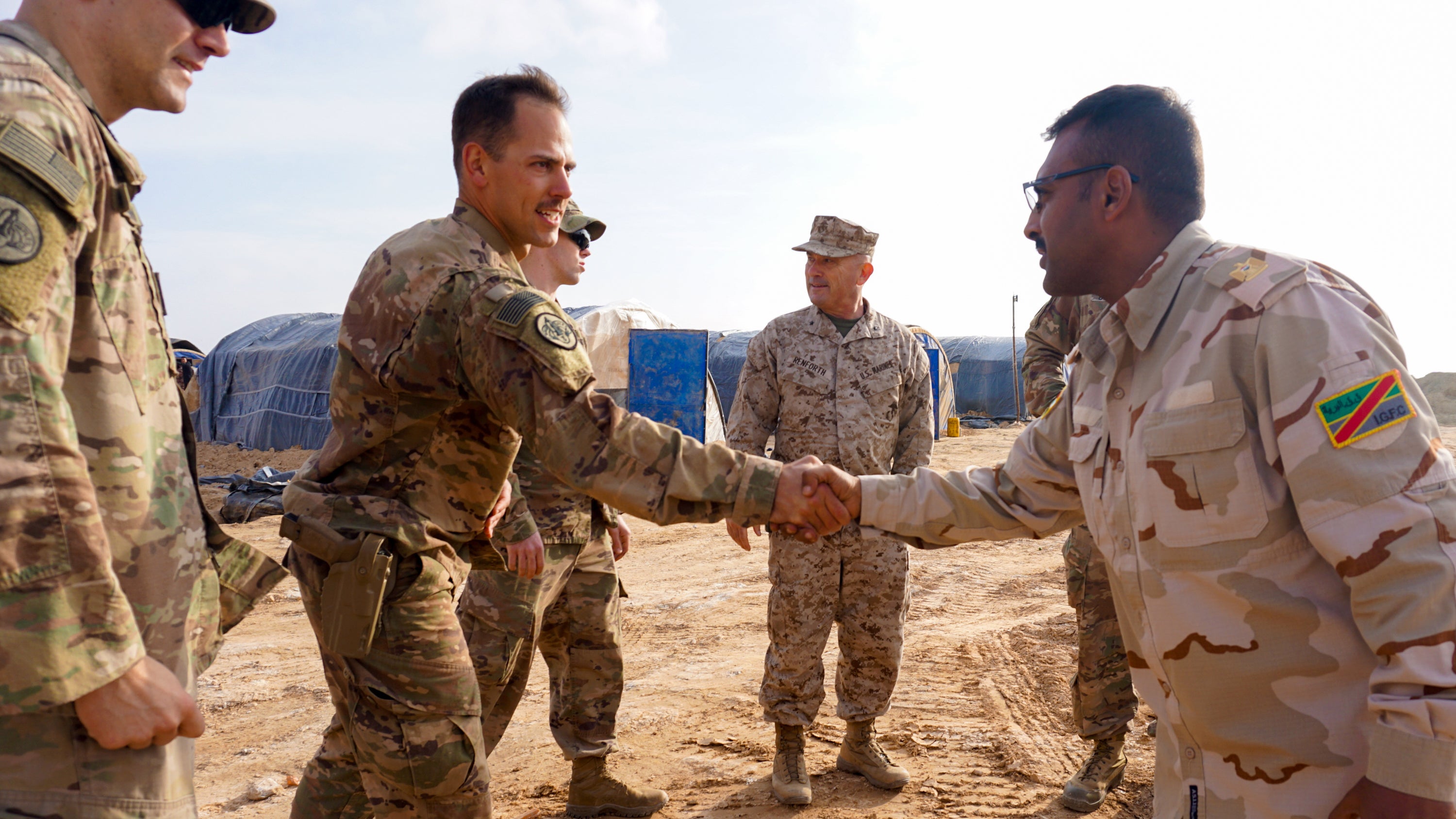 “They are happy to be in the lead,” said Regiment Command Sgt. Maj. Adam Nash. “From a military mindset, … [conducting] your own maneuvers within direct fires, that’s a huge leap. And to see them do that in combat without our advisement, without our prompting, that was a huge leap.”

Lt. Col. Kent Park, commander of the regiment’s 3rd Squadron, said the regiment operated in a complex combat environment while in Anbar Province, located along Iraq’s border with Jordan and Syria.

“That being said, our mission is very different now than it was previously,” Park said.

Between May 2018 and February, the regiment worked “by, with and through” Iraqi Security Forces, he said. A squadron headquarters in Syria provided force protection for operations there.

“The Iraqis were clearly in the lead,” he said, referring to their willingness to take the fight to the enemy. “They are a very different Iraqi army than what I experienced during my first deployment.”

Park described the Iraqi forces as a “battle-hardened force” with significant experience in their fight against ISIS and capable of maneuvering and fighting.

Nash said soldiers were involved in only a few kinetic activities, with about 5,000 rounds fired during the deployment. He estimated that roughly 30 Combat Infantry Badges and 30 Combat Action Badges were earned by soldiers on patrol and artillerymen.