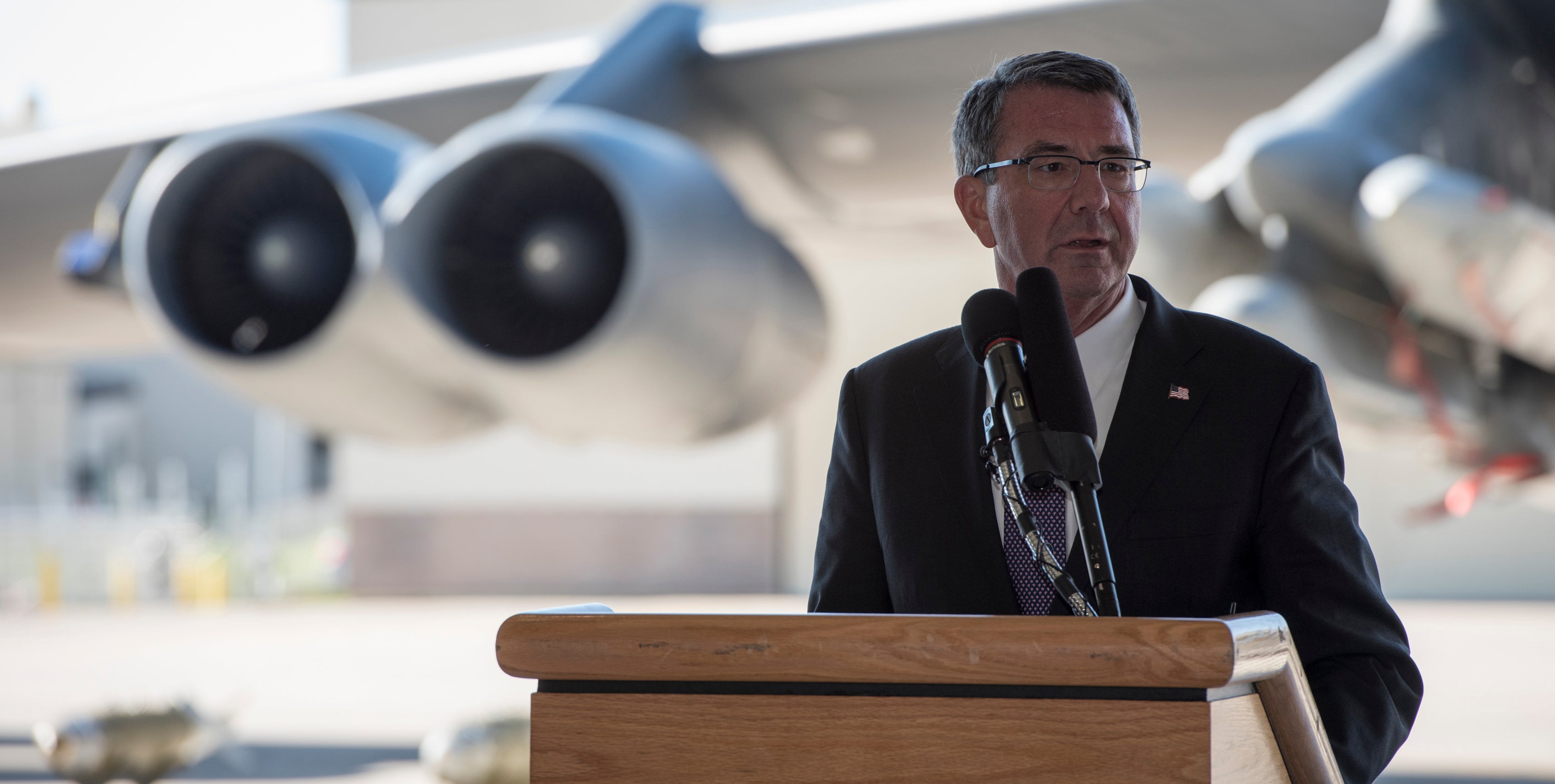 Defense Secretary Ash Carter told troops in North Dakota that being ignored by the public can be a good thing for the military.

“I realize it feels at times that most people don't often think about your mission, which I know can be frustrating,” Carter said. “In a way, it's a good thing. Because it means you're doing your job.”

“It's a paradox that's not easily reconciled, but one that I see and I understand. Because whether they recognize it or not, our entire country and more depends on you,” Carter said as he visited Minot Air Force Base on a trip focused on nuclear deterrence.

“If deterrence fails, you provide the president with options to achieve U.S. and allied objectives. A responsibility that I know President Obama takes with the utmost seriousness, as do you,” he said. “And in a broader operational level and a more day-to-day basis, you enable American soldiers, sailors, airmen, and Marines to accomplish their conventional missions around the world.”

There are reasons for concern, he said, describing a “changed” nuclear landscape. While the U.S. hasn’t built new nuclear weapons or delivery systems for 25 years, “others did,” Carter said.

“Russia has long been a nuclear power, but Moscow's recent saber rattling and building of new nuclear weapons systems raises serious questions about its leader's commitment to strategic stability, their regard for long-established abhorrence of using nuclear weapons and whether they respect the profound caution that Cold War-era leaders showed with respect to brandishing nuclear weapons,” he said.

And North Korea’s threats of nuclear strikes “underscore that a diverse and dynamic spectrum of nuclear threat still exists, so our deterrence must be credible and extended to our allies in the region.”

“It is a sobering fact the most likely use of nuclear weapons is not the massive nuclear exchange of the classic Cold War-type, but rather the unwise resort to smaller but still unprecedentedly terrible attacks,” he said.