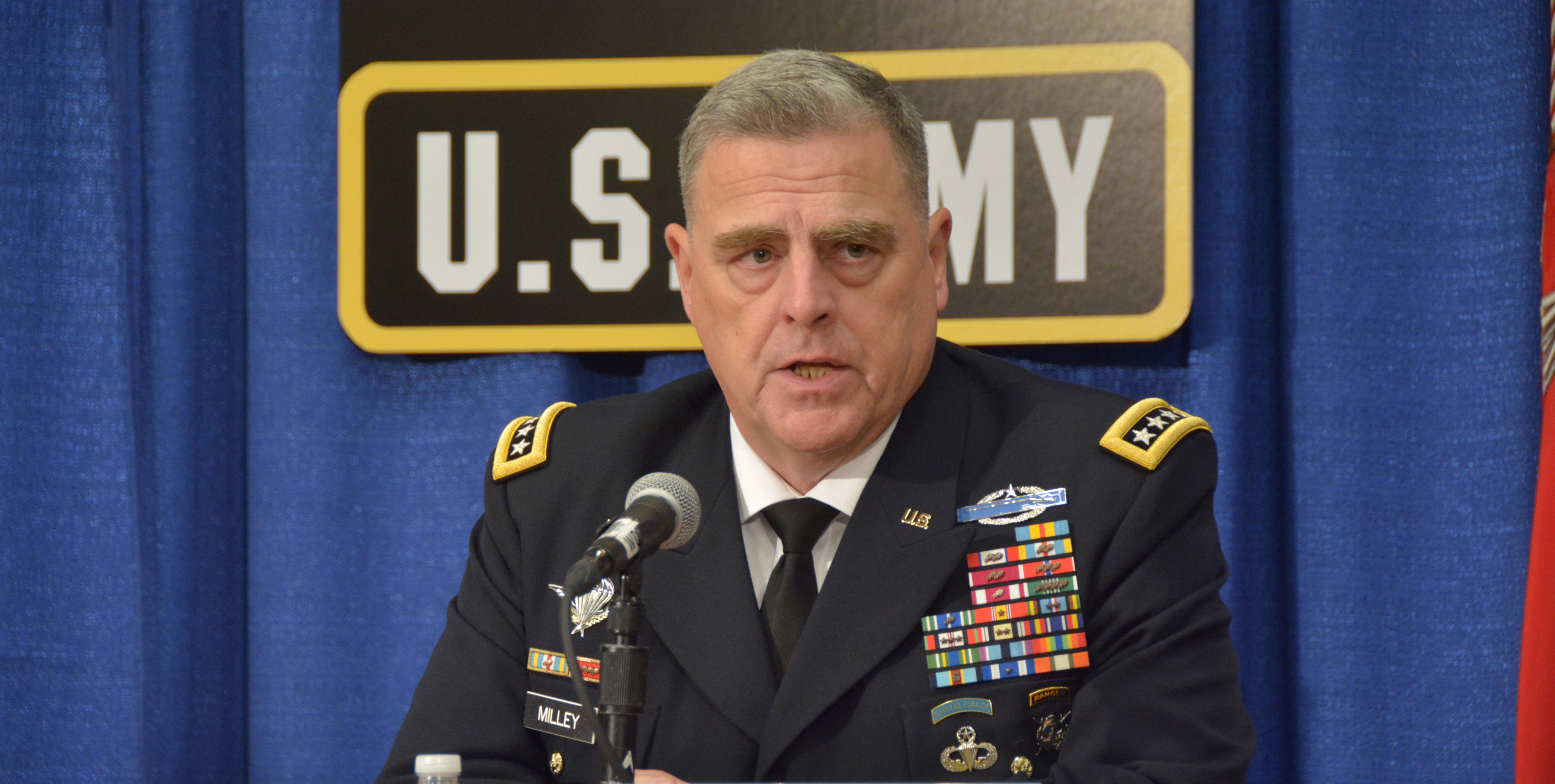 Day 2 of the 2017 Annual Meeting and Exposition of the Association of the U.S. Army includes a major lunchtime address by Army Chief of Staff Gen. Mark A. Milley about his vision for the future.

It ends with a free concert in the ballroom of the Walter E. Washington Convention Center in Washington, D.C., featuring country artist Mark Wills and the U.S. Army Band Downrange. The concert starts at 7:30 p.m. and is open to anyone registered to attend the annual meeting.

Milley will speak at a ticketed event, the Dwight David Eisenhower Luncheon, the same event where one year ago he gave an hour-long address challenging the Army to rethink every assumption about force structure, operations and strategy. “We must be open-minded about change,” he said then.

The Army chief of staff has two other big appearances on Tuesday. In the morning, he addresses an invitation-only congressional breakfast. In the afternoon, he’ll appear with acting Secretary of the Army Ryan D. McCarthy and Sgt. Major of the Army Daniel A. Dailey at a town hall forum with military families. The family forum is open to anyone registered for the annual meeting.

There also is a family forum at 9 a.m. focused on soldier and family health. It includes a panel discussion with command sergeants major from Army Forces Command, Army Training and Doctrine Command, the Army National Guard and the Army Reserve.

More details on registration, events and ticketing can be found here, http://ausameetings.org/2017annualmeeting/, or on the app available at the Apple app store or Google Play by searching for “Association of the United States Army.”