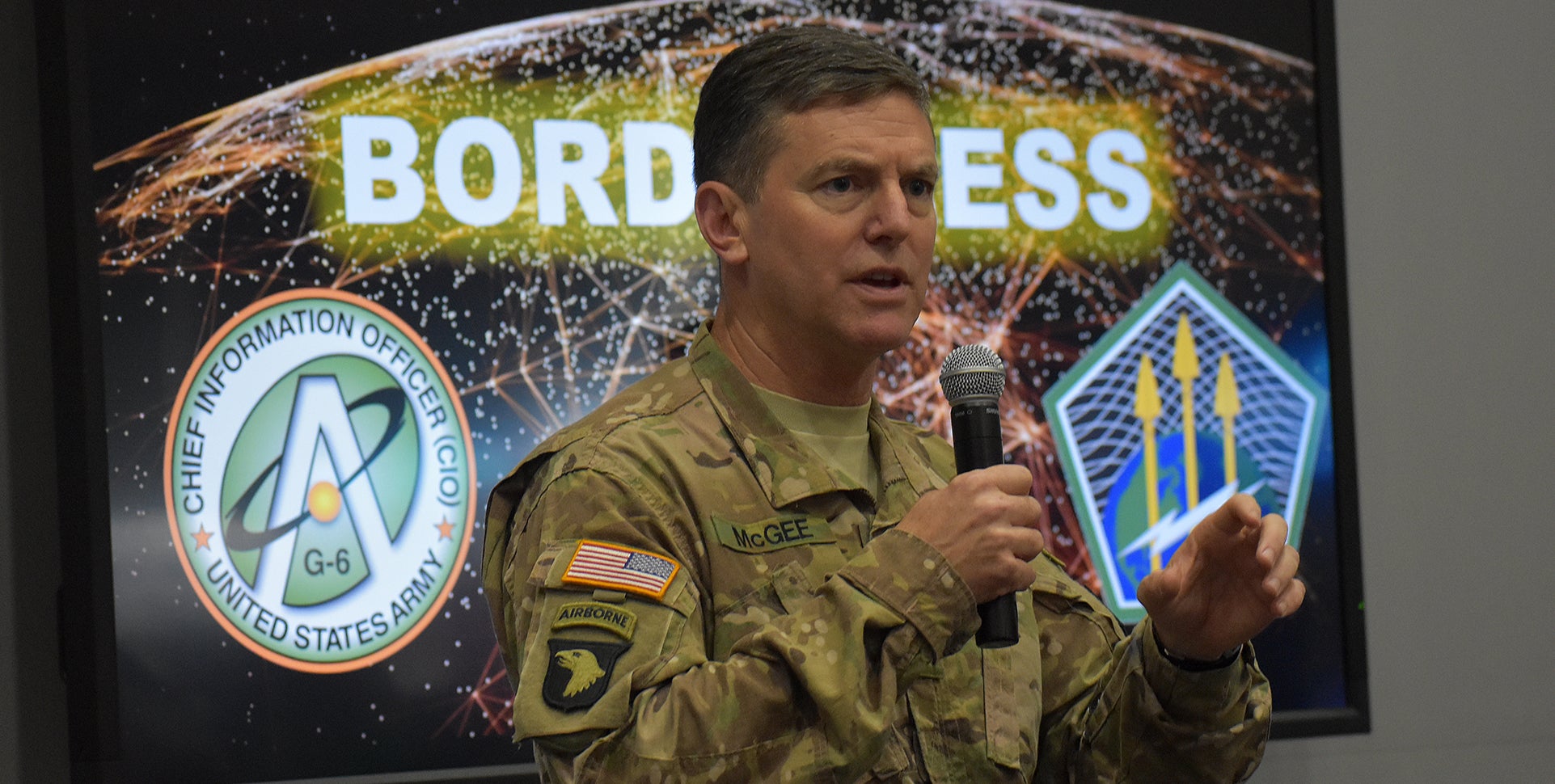 Speaking at a one-day forum hosted by the Association of the U.S. Army’s institute of Land Warfare, Brig. Gen. Joseph P. McGee, who spent two years as Army Cyber Command’s deputy commanding general for operations, said he’s confident about bringing high-end tech talent into the Army “but then the force needs to be ready to absorb their talent.

“It is not just about bringing in the people,” McGee said. “It is also how we employ them.”

Cyber recruits commissioned because of their expertise need to have “experiences that are enriching and valuable,” McGee said. If they spend a year waiting to obtain a security clearance and spend another year before anyone listened to them within the command, they’d have “exceptional levels of frustration,” he said.

When word of their poor experience gets back to their Silicon Valley friends, “no one else will want to do this,” he said. If they report back that they had a good experience, “Army cyber becomes the force of choice for people to come join if they are interested in some form of government service.”

Changing traditional career paths is challenging in a tradition-based organization, McGee said. “For people to actually change significantly is tremendously uncomfortable,” he said. Direct commission, an idea the Army has embraced, can irritate other officers. “There is a whole cadre of lieutenant colonels and majors who have been working pretty hard for the Army for the last 10 to 12 years,” McGee said, warning people will “get a little bit defensive” and resistant to change.

The Army launched a five-year pilot program late last year allowing direct commissions of up to five cyber operations officers a year into the Regular Army. In July, the first two cyber officers were sworn in from a pool of about 250 applicants.