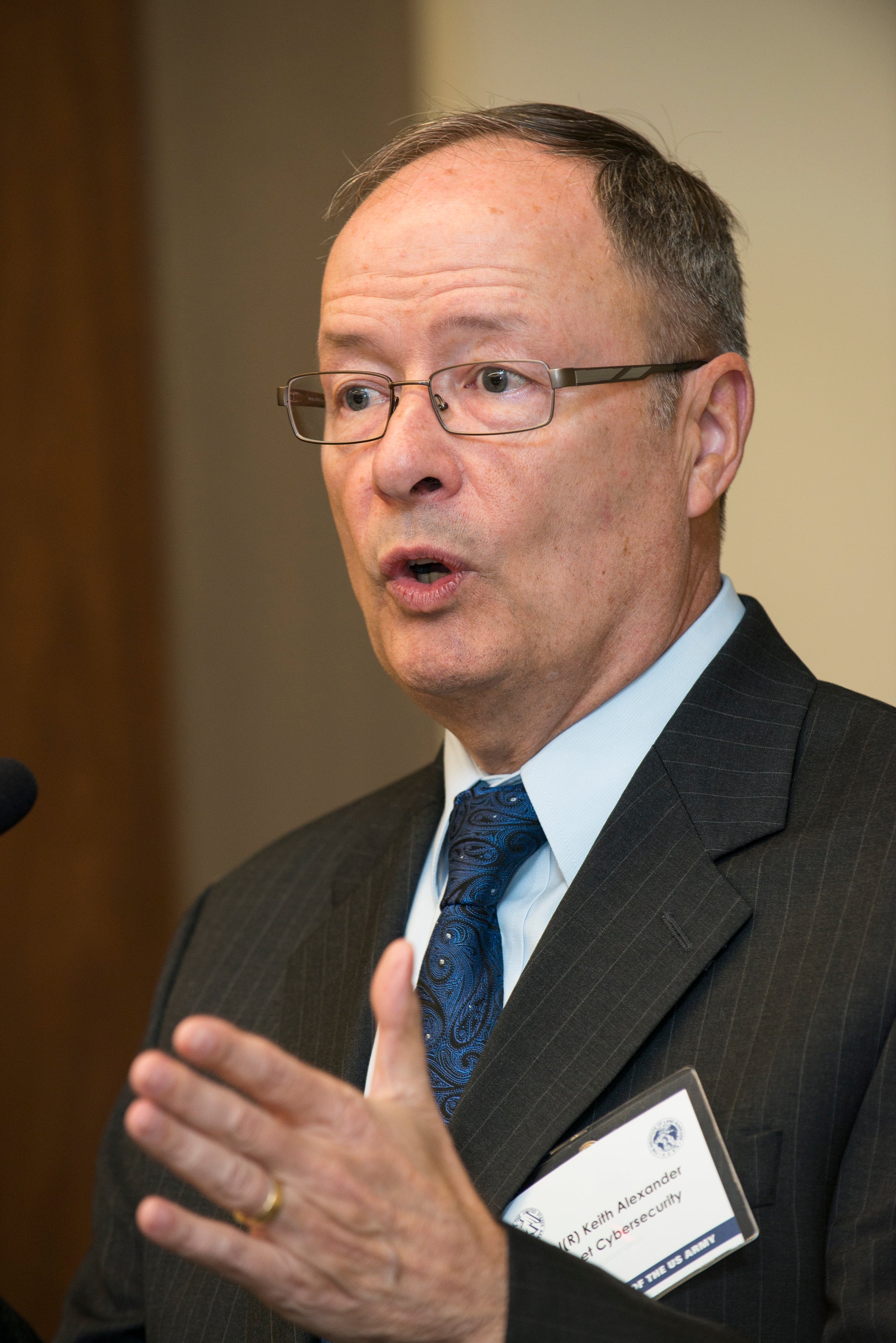 The Army and the nation are grappling with cyberdefenses and cyberwarfare as the information exposition makes it difficult to define future needs and capabilities, retired Army Gen. Keith Alexander said Tuesday during a forum sponsored by the Association of the U.S. Army’s Institute of Land Warfare.Alexander, the founder and CEO of IronNet Cybersecurity, is a former director of the National Security Agency and was the first commander of the U.S. Cyber Command. Speaking at an AUSA Hot Topic event on Army cyber, Alexander said technology and threats both continue to grow while the Army’s role in cyberspace is evolving. “Now we have this thing called cyber, and we’re struggling to say, ‘So how’s this thing actually going to work for us?’” Alexander said.Raw information is “doubling every year, which means the amount of unique information being distributed this year is more than all the information created in the last 5,000 combined,” he said. “We’re training troops for jobs that don’t exist, using technology that hasn’t yet been created, to solve problems we don’t even know are problems. It’s going at that rate, and it’s going to accelerate.”Speaking of cybersecurity threats that have hit national agencies and organizations, Alexander said, “Industry has to develop a way of detecting when, where and how somebody is trying to come after them and share that with the government.” Also, the government needs new rules of engagement as the potential for cybersecurity threats increase, Alexander said, expressing concern that more needs to be done to prepare a response.Alexander also touched on the Army’s need to continue training soldiers in cyber commands to meet those needs. “It will help our country get to a place where it needs to be,” he said. “What we can’t afford to do is have our nation crippled in a cyber fight and not be able to come into the second [fight]. And you can bet that those who wish us harm will look at a strategy like that.”Speaking at the same event, Lt. Gen. Edward C. Cardon, commanding general of U.S. Army Cyber Command, said progress is being made. “You are starting to see a convergence of signal capabilities, intelligence capabilities, electronic warfare capabilities, information operations capabilities, cyber capabilities used in ways we really haven’t seen before,” Cardon said, adding that he believes this will “fundamentally change” the way cyber will be used in the future.Cardon said cyber should be thought of “as a form of maneuver, and that form of maneuver has network systems.” Intermixed, Cardon said, they become “warfighting powers.”The cyber forum was the second event and first daylong seminar to be held in the new AUSA Conference and Event Center, a more than 3,500-square-foot space outfitted with two large video display walls, a premium audio system, and capability for video teleconferences and event streaming live or on demand. The inaugural event in the center was a Nov. 5 address that was part of the General Lyman Lemnitzer Lecture Series, hosted by AUSA’s Institute of Land Warfare.Another Hot Topic event, on Army contracts, will be held in the conference center on Dec. 3. This forum will include a discussion about how technology can improve the contracting process, contracting for expeditionary forces, and how funding predictability affects the acquisition process.More details on that Army contracting event and online registration are available here: https://www.ausa.org/events/hot-topic-army-contractsInformation about renting AUSA’s Arlington, Va., Conference and Event Center is available here: https://www.ausa.org/conference-event-center