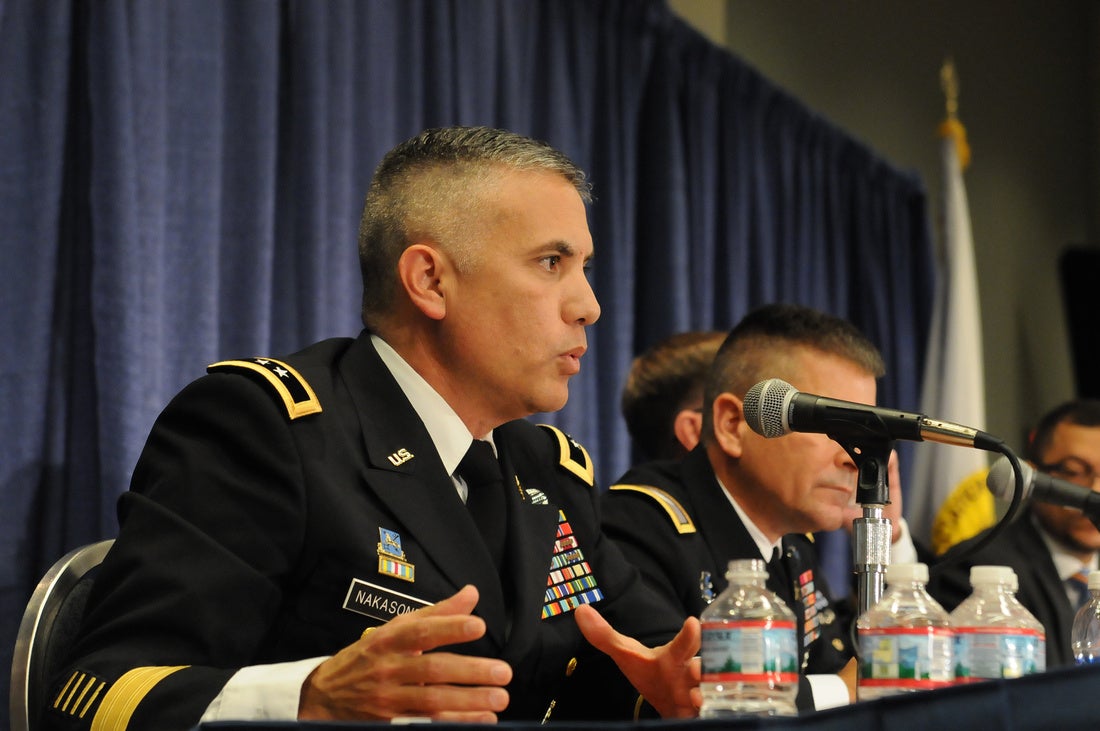 Cyber capabilities within the U.S. Army need to be integrated and converged to keep up with the rapidly growing field of threats, Army cyber leaders and civilian experts said Wednesday during the 2015 Association of the U.S. Army’s Annual Meeting and Exposition.Maj. Gen. Stephen G. Fogarty, commanding general, Cyber Center of Excellence and Fort Gordon, Ga., defined convergence as “the effective merging or integration of distinct staffs, networks and systems into a unified whole to achieve decisive results.”“The Army integrates cyber with other forms of maneuver to deny the enemy’s ability to conduct operations in cyberspace,” he said.Moderating the forum, titled “Army Cyber – Today and Tomorrow,” was Peter Singer, a strategist and senior fellow with the New America Foundation. Singer discussed the massive growth of cyberspace over the last two decades.“When today’s 20-year-old soldier was born, there were fewer than 20,000 websites,” Singer said. “Today, there are 1.1 billion.” The risks have grown in similar proportion, Singer said, noting that two decades ago, about 10,000 computer viruses were in existence. “Last year alone, 317 million new pieces of malware were created,” he said.The Army has taken steps to keep up with this growth. “A year ago, the Army secretary decided to create a new branch called Cyber. As of Oct. 1, there are 1,000 soldiers in the branch,” said Lt. Gen. Edward C. Cardon, commanding general, U.S. Army Cyber Command.What has been identified but not addressed is the overlap that exists between related areas in the Army, said Isaac Porche III, with Rand Corp. “NetOps, information operations, electronic warfare, intelligence – there are side effects to having them separate,” he said.Fogarty agreed. “The way the American military fights, we are completely dependent” on network and cyber operations, he said. “All of that is at risk if we don’t make fundamental change.”In the current environment of constrained fiscal resources, Maj. Gen. Paul M. Nakasone, commander of the Cyber National Mission Force, U.S. Cyber Command, said, “We as an Army have to take a page from our adversaries’ book. If it’s cheap, fast and easy for them,” it can be the same for the U.S. Army, he said.