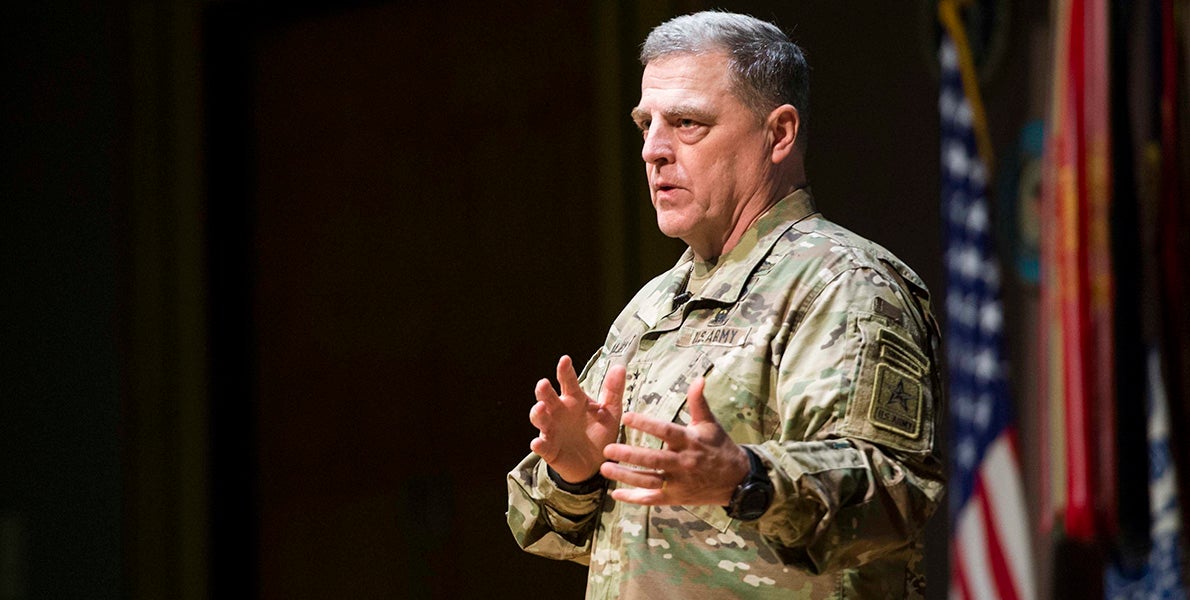 The Army chief of staff remains hopeful of growing the Total Force to more than 1.1 million soldiers, about 100,000 more than now authorized by law.

Extra soldiers are needed because the Army is busy, with 180,000 soldiers serving in 140 countries, and because the U.S. “is increasingly being challenged,” Milley said.

The future force size is under discussion in the Pentagon as part of planning for the 2019 budget and a strategic-readiness review ordered by Defense Secretary Jim Mattis. Milley described the review as “rigorous and detailed,” looking at force size, capacity and capability.