CSA Milley Explains 'Why We Fight'

CSA Milley Explains 'Why We Fight' 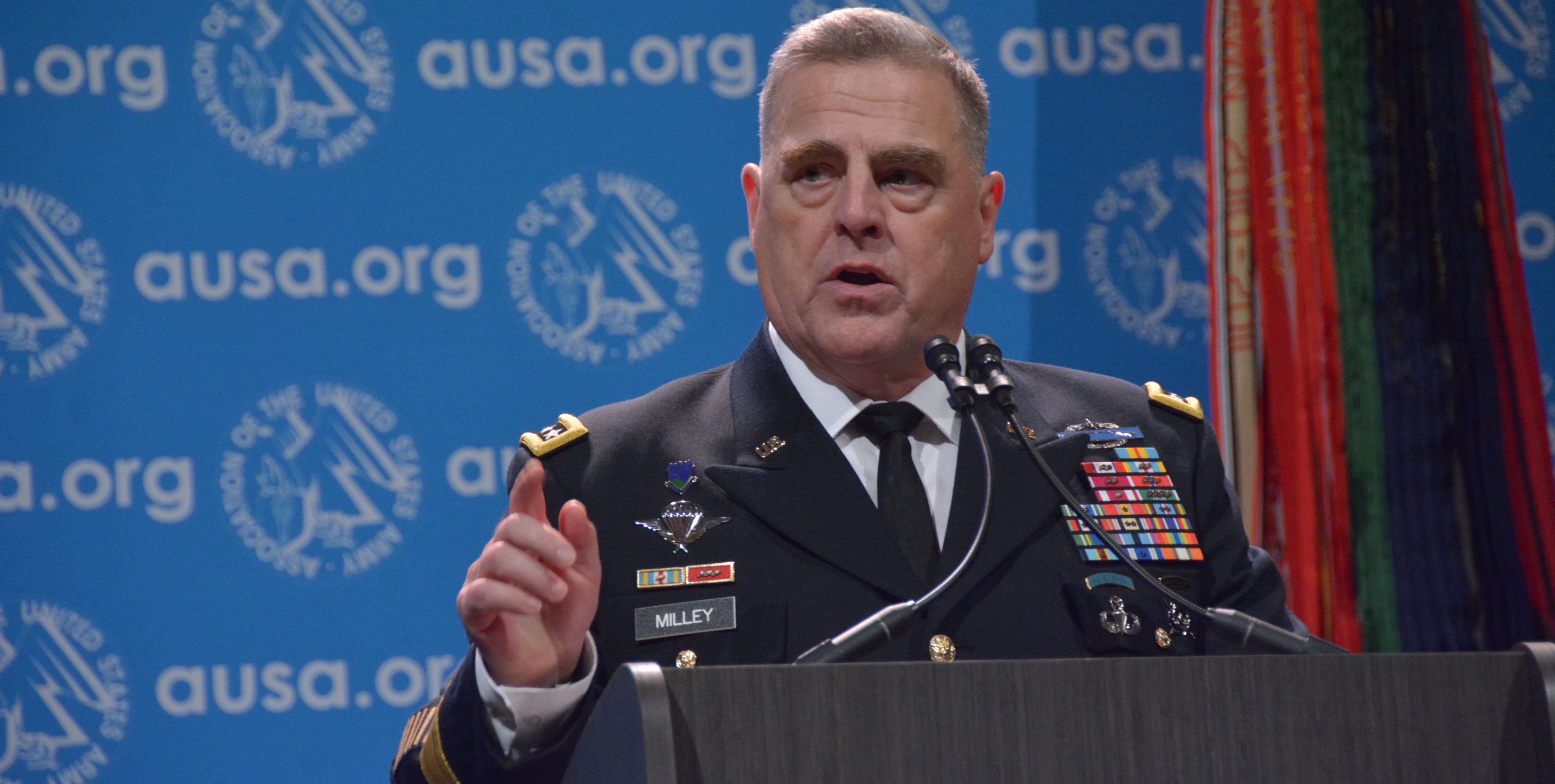 Army Chief of Staff Gen. Mark A. Milley concluded a major speech at the Association of the U.S. Army Annual Meeting and Exposition with what he called “a little commentary on why we fight.”

Speaking at the Dwight David Eisenhower Luncheon where he and other chiefs have made major policy announcements about their visions for the Army’s future, Milley said the U.S. was formed on a “very powerful idea … that here in America we will have a government of the people, by the people and for the people.”

“It does not matter if you are rich or poor, common or famous. In this country, in these United States, under these colors of red, white and blue, all Americans are created free and equal. We will rise or fall based on our merit, and we will be judged by the content of our character and not the color of our skin.”

“That is the core organizing principle of the United States of America, and that is why we fight.”