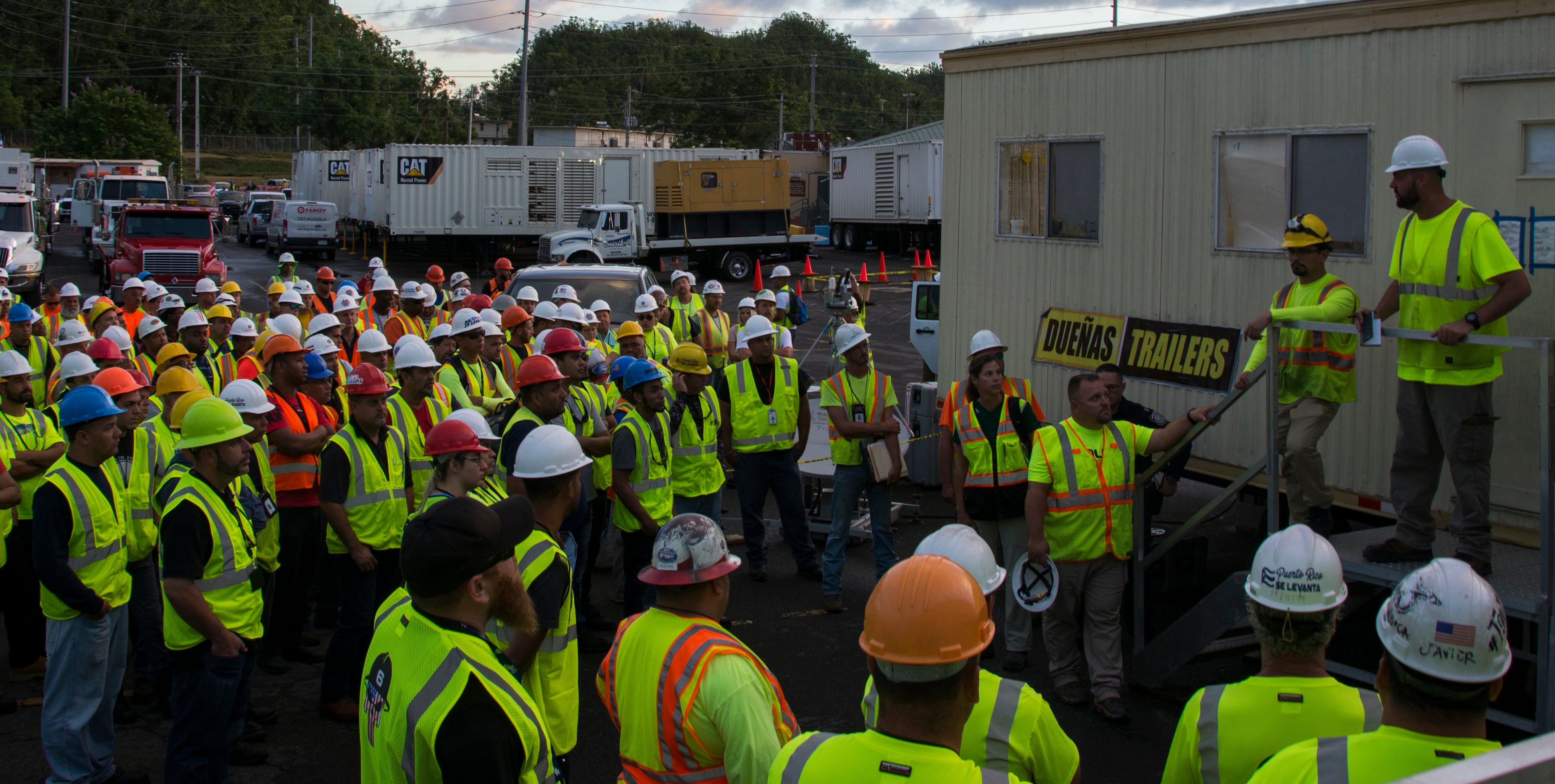 U.S. Army Corps of Engineer and Federal Emergency Management Agency officials are warning Puerto Ricans it will be months before power is fully restored to the island. Electrical generation efforts are moving more quickly than restoration of the power distribution system.

The majority of the island will have power restored on an emergency basis by March, a temporary fix that doesn’t take into account the need for larger repairs and modernization of Puerto Rico’s power grid. Brig. Gen. Diana Holland, South Atlantic Division commander for the Corps of Engineers, predicted 95 percent of the population would have power by the end of February or early March but the last 5 percent could take until May.

Difficulty and delays in restoring power in Puerto Rico have more to do with the level of devastation from Hurricane Maria in September than the fact it is an island far from the U.S. mainland, U.S. officials said in a Dec. 20 briefing.

The 140 mph sustained winds, occasionally gusting to more than 200 mph, are part of the problem, as is the island’s rugged terrain.

Puerto Rico has more more than 30,000 miles of distribution lines and more than 6,000 miles of larger transmission lines. Fifty-three percent were damaged or destroyed.

There are hundreds of crews working to replace power poles in Puerto Rico. On flat terrain with easy access, one crew could install six or seven poles a day. Because of the rougher terrain and difficult access, it can take seven days to install a single pole in Puerto Rico after lots of planning.