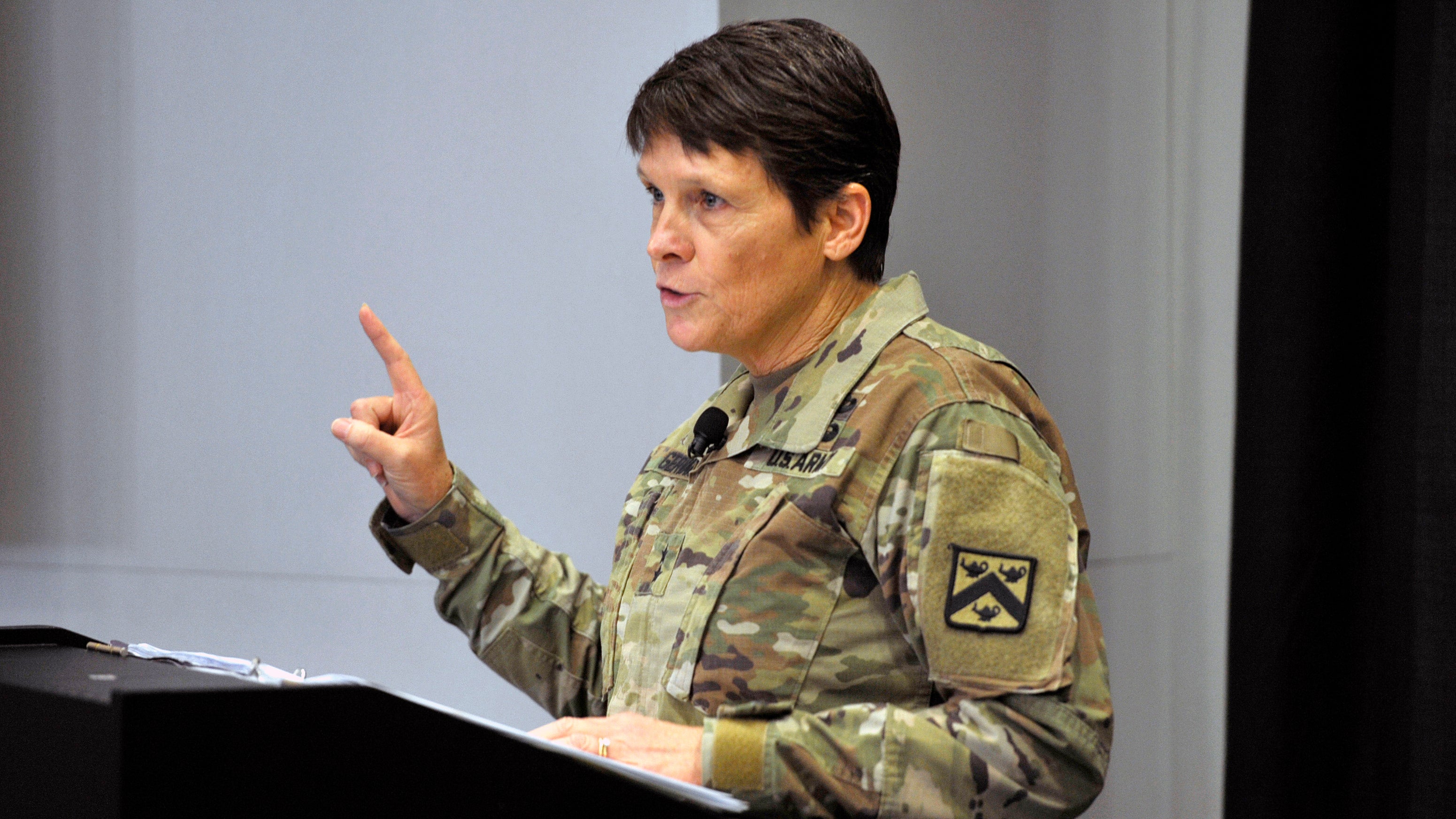 In support of the Army’s Force 2025 and beyond, STE will provide immersive and intuitive capabilities able to keep pace with the changing operational environment, giving commanders the ability to overcome limitations in today’s training systems and environments by incorporating advancements in virtual reality, big data analysis, artificial intelligence and terrain representation.

Referring to her AUSA annual meeting presentation two years ago this week, Gervais said she talked about STE, and presented a strategy “to leverage the $5.2 billion virtual and gaming industry that is growing every single day and has made leaps and bounds in terms of technology maturation.”

She added that a key result of this approach would be to accelerate STE, “because I did not believe that it couldn’t be delivered until 2030.”

Highlighting some of the early accomplishments on that accelerated path, she pointed to approval of the Army’s Collective Training Environment Initial Capability Document.

“And they did that in record time,” she said. “That’s important because that lays the foundation elements of the STE. So it really set out what we needed to do.”

She continued, “We have increased our industry engagements, which has really led to a couple things. We have had several industry days. We have partnered with you. And that led to the awarding of seven [other transaction agreements] that were focused on One World Terrain and our air and ground platforms. And we did that in record time so that we could get to a user assessment in March 2018, so that we could not only take a look at the technology but we had experts – master gunners, aviators, technical experts, center of excellence representatives – and you got instantaneous feedback on what we were seeing right there on the spot.”

In addition to this movement, in conjunction with the Soldier Lethality CFT, Gervais pointed to “a focused effort to increase lethality of our combat soldiers and Marines. And we have done that in a couple of ways. No. 1 is an immediate training capability: a Squad Advanced Marksmanship Trainer, to get that out in the field to our combat soldiers so they can start training immediately. And this is delivered as a ‘training as a service’ capability. We have been working closely to develop a Squad Immersive Virtual Trainer. Similar to what they have for Air Force pilots, and we have for tankers and our helicopters, we have not had a virtual trainer for our squad. But the good news is, based on what we’re seeing in terms of technology, we believe that we can deliver that much more quickly than our anticipated 2025 time frame.”

As another recent milestone, she referenced the June 2018 codification of the STE in the vision statement by the secretary of the Army and Army chief of staff.

“Simply put, STE enhances readiness by preparing the force for any fight, anywhere, and on any terrain,” she said.