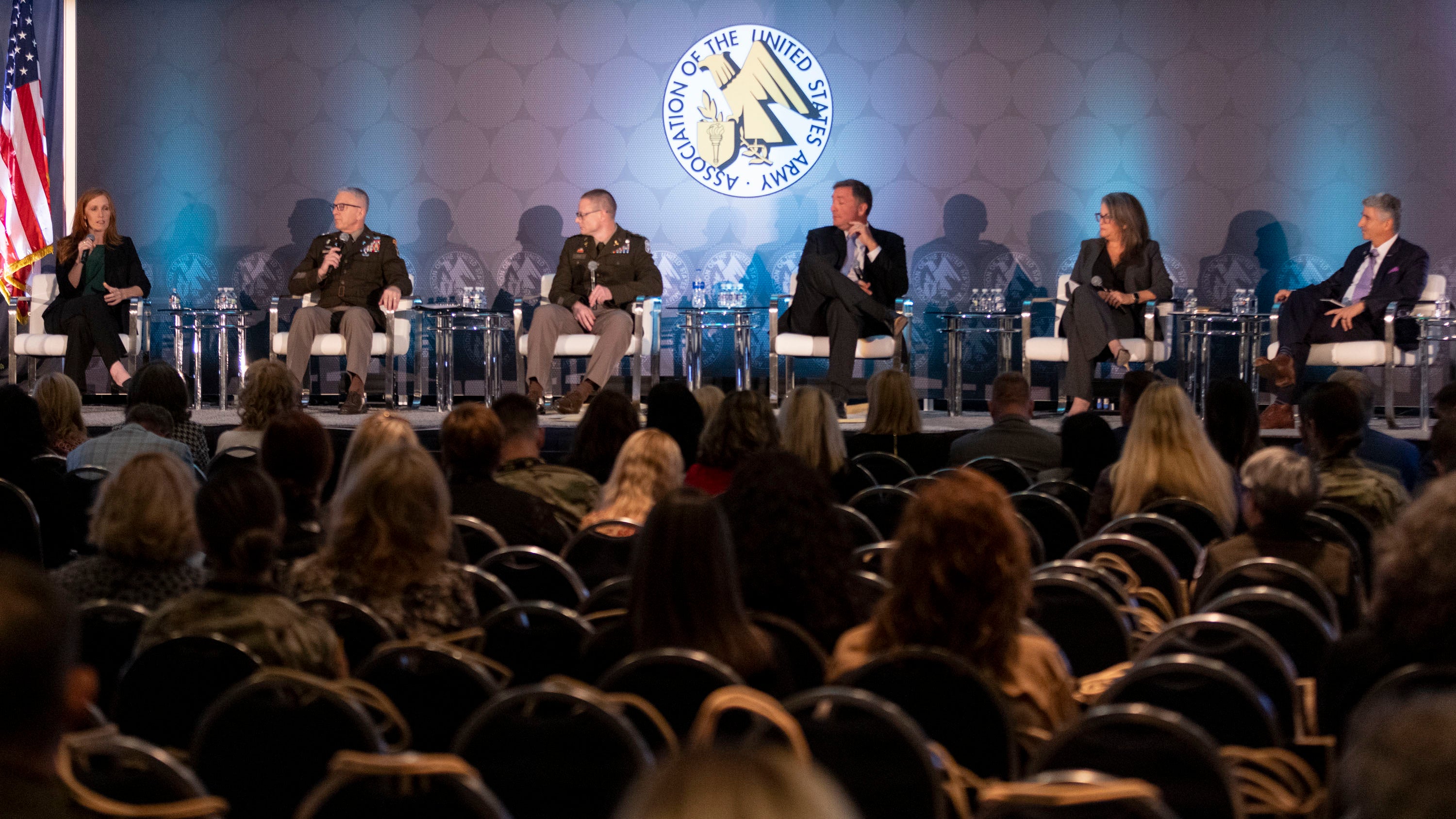 Military families should look to family and community relationships to build connections, a panel of experts said Oct. 11 during the Association of the U.S. Army’s 2022 Annual Meeting and Exposition.

“Connections are extremely important for our families because of the unique lifestyle that we live,” said Karen Halverson, an Army spouse and AUSA senior fellow. “Being able to connect with people is a useful topic, perhaps the most useful skill that I use as a Naval officer and a longtime Army spouse.”

Loneliness is a key issue among young people that especially impacts soldiers and their families, and it’s a challenge that “requires a community response,” said retired Col. Steve Lewis, who spoke during the forum.

“The Rand Corporation did a study of Army spouses and found that 38% of Army spouses [identified] loneliness and boredom as a significant issue,” Lewis said during the forum titled “Building Connections—Strengthening Personal, Family and Community Relationships.” “In order for the Army and DoD to combat loneliness … it requires a community response, investing in people and programs.”

Given the separation that military families experience, whether due to a deployment, a permanent change-of-station, training or being away from a spouse, the need for human connection is stronger than ever.

“There’s a lot of separation that comes by nature of serving in the military,” said Jennie Taylor, a Gold Star spouse who serves as the civilian aide to the secretary of the Army for Utah. “That human craving for connection is stronger now more than ever. We’re here because we’re a part of the Army family. … We want to be able to connect, we want to be able to have someone that kind of gets it, whether it’s another spouse or another service member.”

“We realized this connection to commanders and to units was extremely important,” Goke said. “Community resilience and building resources … [are skills] we have to work at daily.”

Beyond physical and mental health, engaging in spiritual communities can improve the well-being of military families when they are at their lowest.

“We’re living in a time of spiritual fragility,” said Maj. Gen. Thomas Solhjem, the Army’s chief of chaplains. “I was in a place as a young soldier, … and I had considered taking my own life on two different occasions. It was a spiritual connection, a person who saw value in me, who reached out. ... I am sitting here today because of that spiritual connection.”

Despite the hurdles faced by military families, Solhjem stressed that it is important to remember the strength of Army families.

“Meaningful connections that build healthy relationships is what we’re really talking about. … The Army families are amazing people,” he said. “I want you to, for a moment, just be grateful for what you have. All the difficulties, all of the things that you’re asked to do, … we are so much better … because of you.”