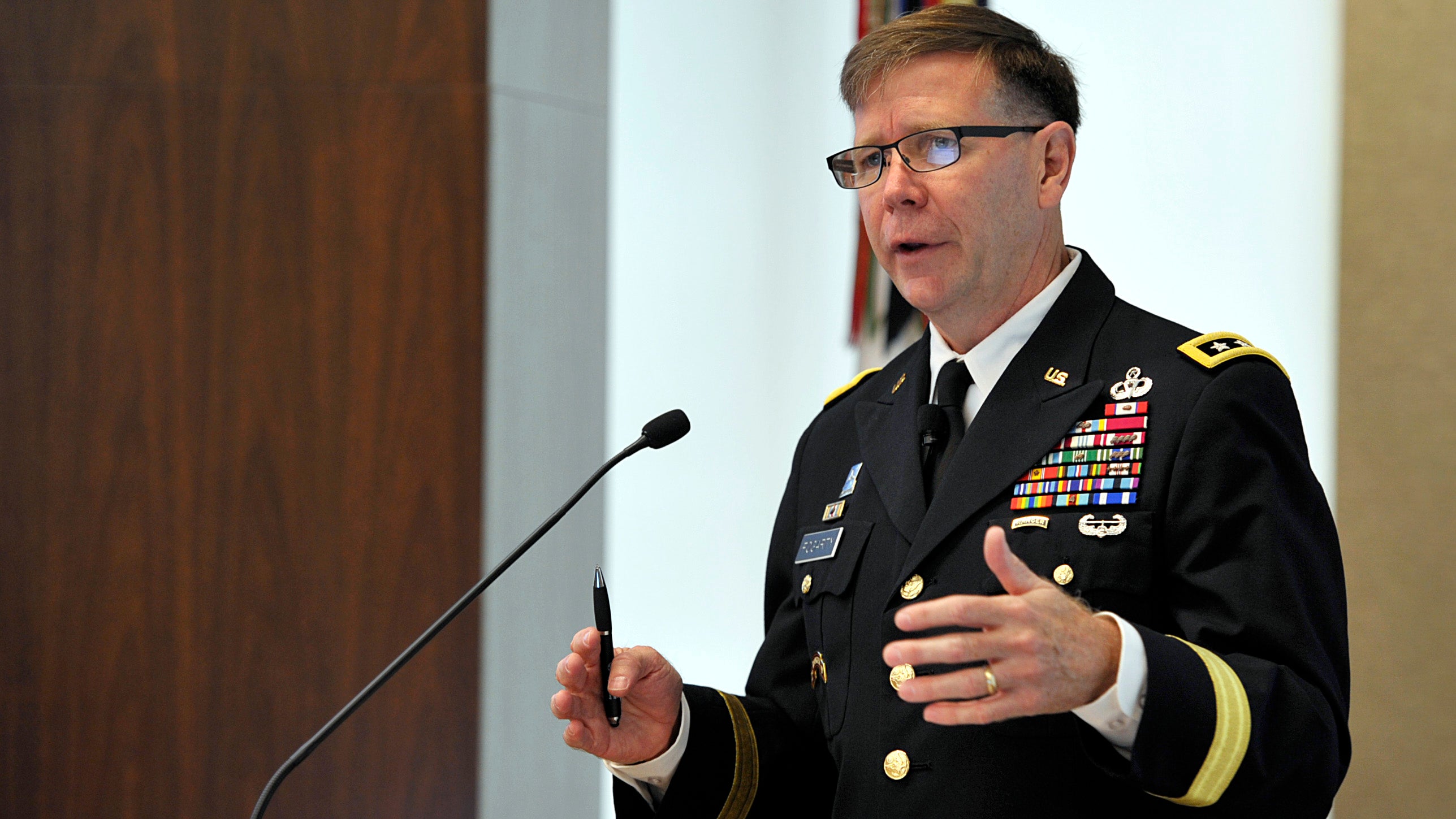 The only way to gain an advantage in the cyber domain is to synchronize the Army’s information-related capabilities to confront an environment congested with global competitors, said Lt. Gen. Stephen G. Fogarty, commander of the U.S. Army Cyber Command.

Describing the Army’s information environment as “populated by multiple tribes,” Fogarty admonished Army and industry leaders to “be careful about boxing ourselves in by the term "‘cyber’” and think more strategically about how electronic warfare, military intelligence, signal, cyber and information operations can work together to ensure commanders can act faster than any adversary.

“If we’re not careful, we will concentrate on one of these tasks, and I think that is extraordinarily short-sighted and potentially dangerous as we look at the information environment. That’s what I’m interested in and cyber is a piece of that,” Fogarty said Aug. 2 during opening remarks at the Army in Cyberspace, a cyber and networks Hot Topic forum hosted by the Association of the U.S. Army’s Institute of Land Warfare.

Just short of 90 days on the job, Fogarty outlined his priorities. He predicted that in a few years, the command he leads would change its name to reflect the “operational depth” of the cyber domain. He asserted that the Army and its adversaries are increasingly vying for control of the same space where intelligence, surveillance and reconnaissance, influence campaigns and electronic warfare operations are executed.

“We’re all operating in this space and we’re operating in a very congested space because we have the commercial sector that can be impacted by our operations,” Fogarty said, using GPS jammers as an example of a ubiquitous and potentially dangerous capability. “If you’re employing GPS jammers as many of our adversaries do, you’re not just affecting military operations, you're affecting commercial airlines, and a lot of what frankly society has come to rely on.”

The daylong Hot Topic forum took place at AUSA’s Arlington, Va., headquarters. Participants included Army and industry leaders in discussions about modernizing the Army’s network and recruiting the best cyber talent. The next AUSA Hot Topic forum is scheduled for Sept. 5 and will focus on Army aviation. Learn more by clicking here.