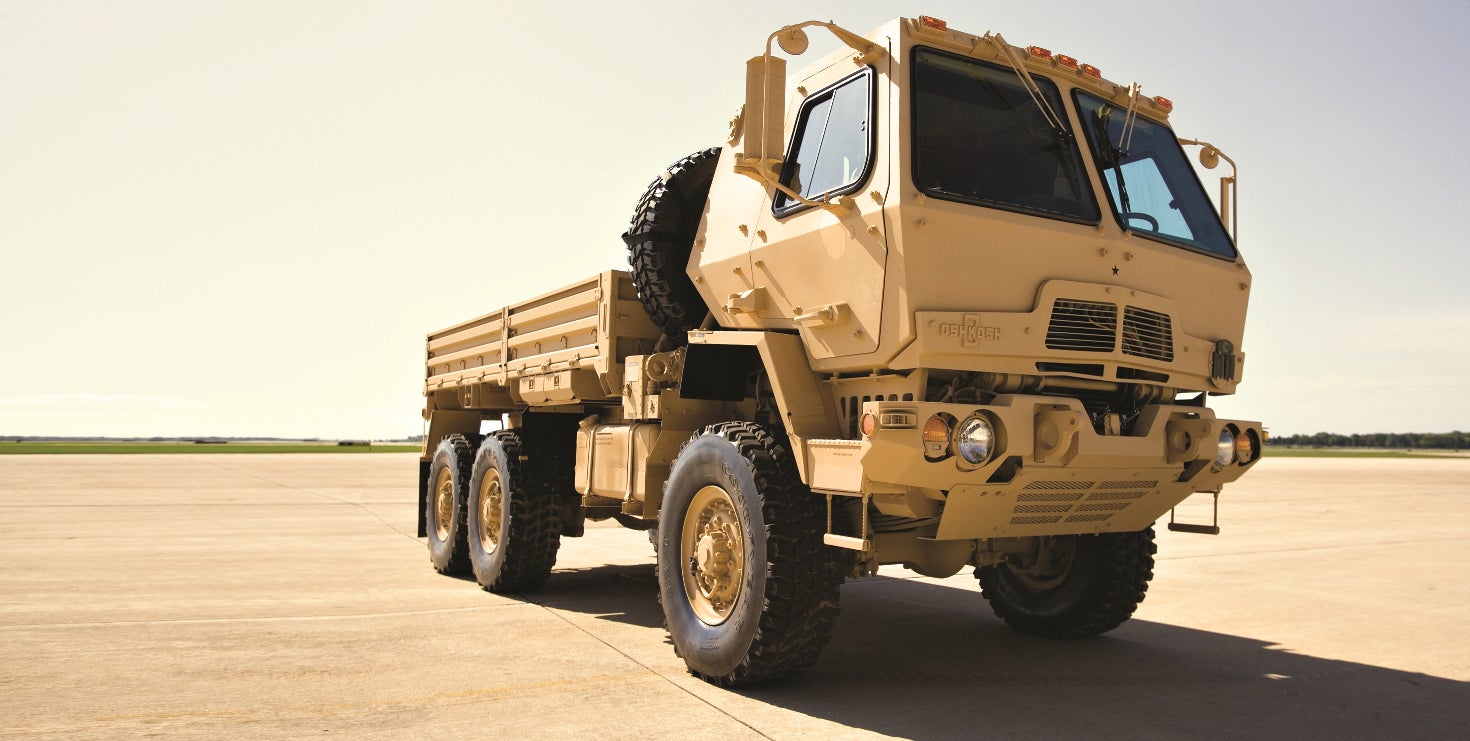 As the Army’s timetable for selecting the next generation Family of Medium Tactical Vehicles (FMTV) approaches, the two prime competitors showcased what each believes would provide the service with a product that offers an optimal package. Both had vehicles on display at the 2017 Association of the United States Army Annual Meeting and Exposition that began today in Washington, D.C.

“Based upon our analysis, we believe we offer the best solution for the government in terms of protection, affordability, automotive performance and logistic support,” said Chris Vanslager, executive vice president for U.S. Defense at AM General. “We break it down in terms of what to provide for the soldier, the mission, and the Army.”

Oshkosh Defense, which holds the contract to build the current FMTV A1 iteration, believes it is better poised to most efficiently provide the Army with the vehicle it needs.

“We’ve been building the FMTV A1 for the Army since 2009,” said Bruce Sellers, Oshkosh’s senior director for business development.

“We know how to build it. The quality and reliability of the vehicle has improved since Oshkosh began [working on the program], compared to previous manufacturers,” Sellers said.

In forging a new design for the FMTV, AM General’s Vanslager said the company’s design team had to strike an appropriate balance of the so-called “Iron Triangle” elements – payload, performance and protection.

Steve Zink, AM General’s chief operating officer, believes the company has put forth the “best balance, based on [the Army’s] requirements,” he said.

The Army wants the FMTV A2 to have a better suspension and more powerful drive train, in order to improve armor and enhance survivability.

“We have an active production line now for the A1. There is a lot of commonality between the two vehicles. We already have a warm supply line,” said Sellers.

Neither company would divulge specific characteristics of their respective proposals, other than to say they each meet the Army’s requirements. They each submitted bids. As of May 8, the Army has entered an evaluation phase. Company officials expect the service to award a contract sometime in the first six months of the new year.