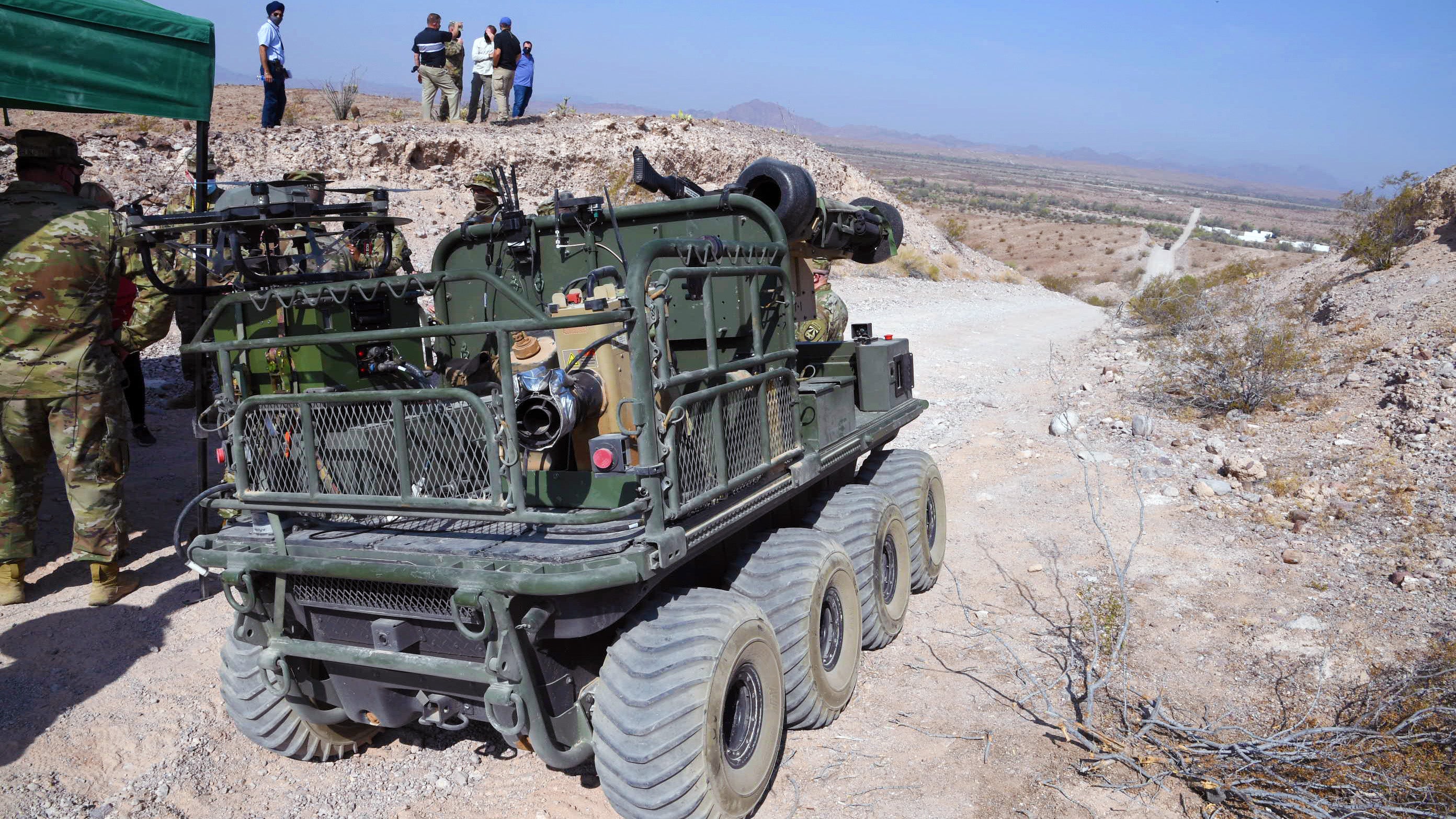 From artificial intelligence to robotics, the Army Combat Capabilities Development Command is busy turning science fiction into soldiers’ future capabilities, according to its commanding general.

Through Team Ignite, a collaborative effort with Army Futures Command’s Futures and Concepts Center, the command is helping shape concepts and capabilities for the future battlefield.

“Ultimately, we want to create a culture of collaboration and connection so that we always have the right expertise together, very deliberately, and thinking about the future,” Maj. Gen. John George, commanding general of Combat Capabilities Development Command, said during a recent Heritage Foundation webinar.

Since Team Ignite stood up in October 2019, the collaboration has involved more than 600 people from 35 Army organizations and conducted more than 20 workshops, George said.

As part of the Army’s modernization efforts, Team Ignite focused on artificial intelligence, autonomy and robotics this past year, he said.

In addition, Combat Capabilities Development Command, which is also known as DEVCOM, supports the Army’s modernization efforts with more than 15,000 scientists, engineers and other personnel across 90 locations in the U.S. and 20 overseas.

According to George, the command has plans for more than 250 “soldier touchpoints and experiments,” including an optionally manned autonomous tactical wheeled vehicle.

“You can have multiple vehicles following a single vehicle,” George said. “Potentially, you've got two soldiers driving four or more trucks, rather than having soldiers in every single truck.”

George said the Army has gotten positive feedback about the program and aims to equip the first units with these vehicles by 2024.

Meanwhile, planning for Project Convergence 2021 is “well under the way,” George said. Earlier this year, DEVCOM had almost 200 personnel and 20 technologies participate in the first annual Project Convergence. The effort, which included a six-week exercise at Yuma Proving Ground, Arizona, is designed to put the Army’s Multi-Domain Operations concept into action and test new, emerging technology.

The next event, which is being led by Army Joint Modernization Command, is “being planned as part of an integrated series of linked experiments,” according to the Army.

Project Convergence 2021 will have greater participation from the other services, and the 2022 event will include international partners, George said.