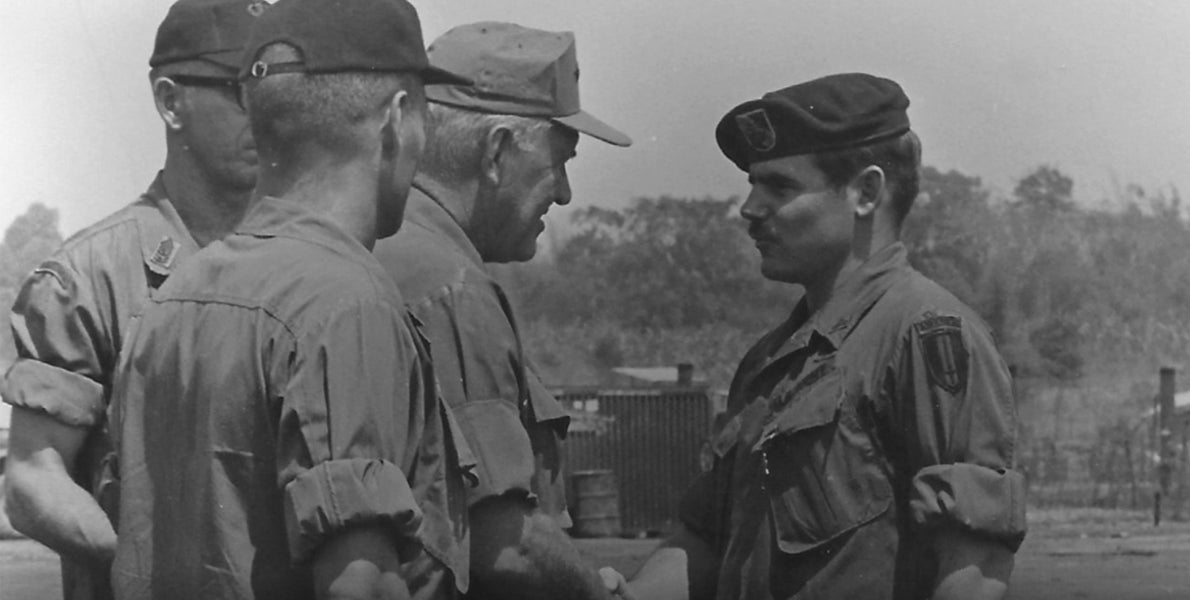 Retired Vietnam combat veteran Capt. Gary Michael Rose will receive the Medal of Honor for heroic actions in Laos 47 years ago that saved the lives of 16 soldiers on a dangerous mission into enemy territory.

Rose, 69, a combat medic and sergeant at the time of his actions, was assigned to a Special Forces team for Operation Tailwind, a four-day mission in September 1970 where the team was to engage North Vietnamese troops in Laos to disrupt their participation in a larger fight taking place in Vietnam. Along with a Vietnamese medic, Rose was responsible for providing medical care to a company-sized element of Special Forces troops made up of 16 U.S. soldiers and 120 Vietnamese Montagnard tribesmen.

After the fighting, the team boarded one of four helicopters sent to take them to safety and on the way back, his helicopter—third in line—crashed, injuring many and killing one Montagnard. Aware the chopper might explode, Rose, who was injured in earlier fighting and in the crash, entered the downed aircraft repeatedly to pull people out. They were picked up by the fourth helicopter, which had no passengers.

Rose grew up in Southern California and enlisted in the Army in 1967. He attended basic training in his home state at Fort Ord, then trained to be a mortarman at Fort Gordon, Ga. There, he caught the eye of Special Forces recruiters and was trained to be a combat medic. After his tour in Vietnam, Rose pursued a commission in the Army, retiring in 1987 as a captain after 20 years in uniform.

President Donald Trump will present the medal, the nation’s highest award for valor and gallantry in battle, in a White House ceremony Oct. 23.