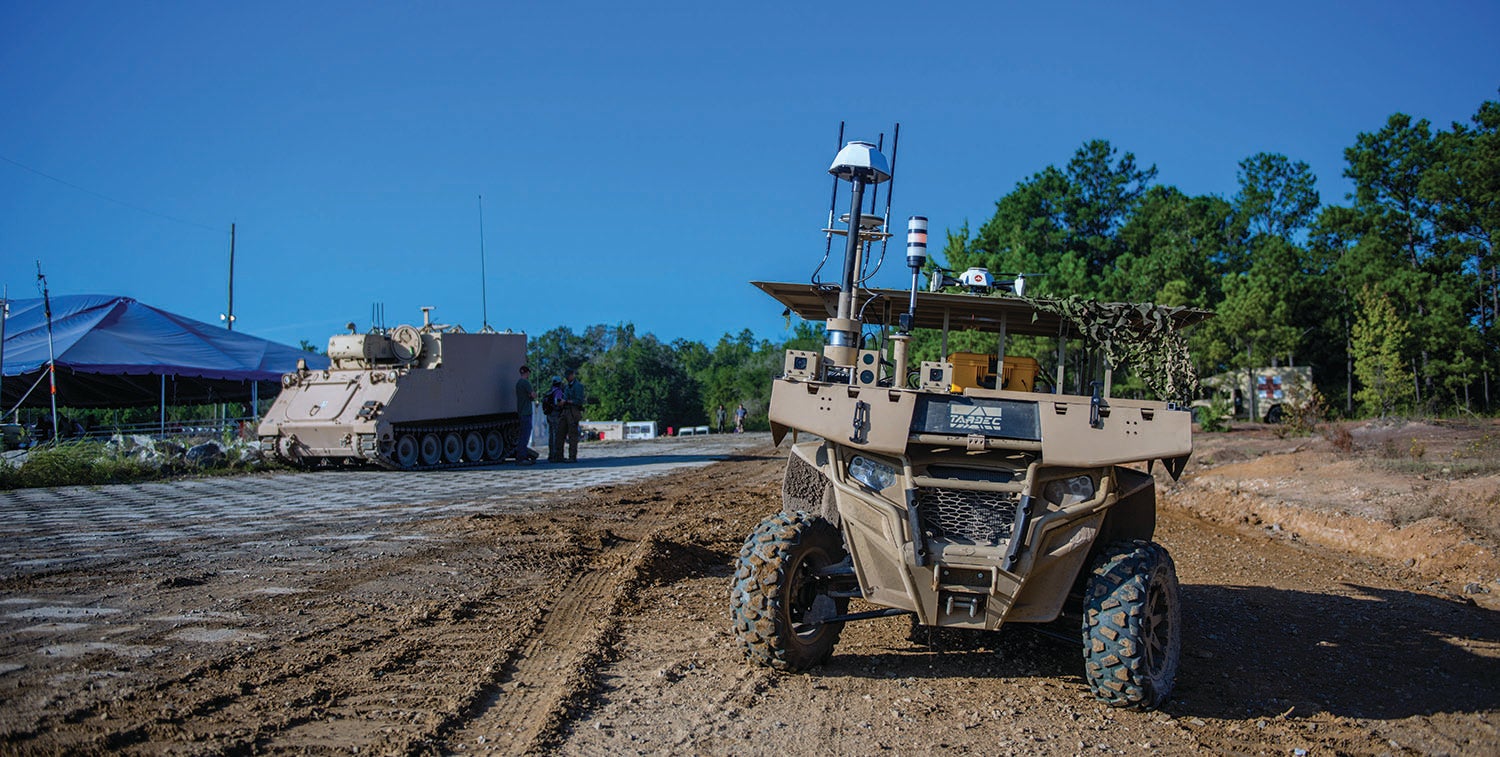 Advances in robotics and autonomous systems hold the promise of giving the U.S. Army capabilities advantages over near-peer competitors in a close-combat fight, says a new research paper published by the Association of the U.S. Army’s Institute of Land Warfare.

Training exercises have focused on using unmanned systems to improve situational awareness, force protection, survivability and lethality. Aerial and ground systems are being studied. One of the benefits is to put fewer soldiers at risk by using robotics and autonomous systems to perform these missions, says the paper, written by ILW staff member Tyler Wesley.

Wesley writes that the unmanned systems could be valuable additions to brigade combat teams that otherwise lack the range, protection and reach of potential adversaries.

“Regaining tactical overmatch against near-peer is an imperative,” Wesley writes, noting the Army has near-term, midterm and long-term goals that require new technologies to emerge between now and 2040.

The research paper is available here.