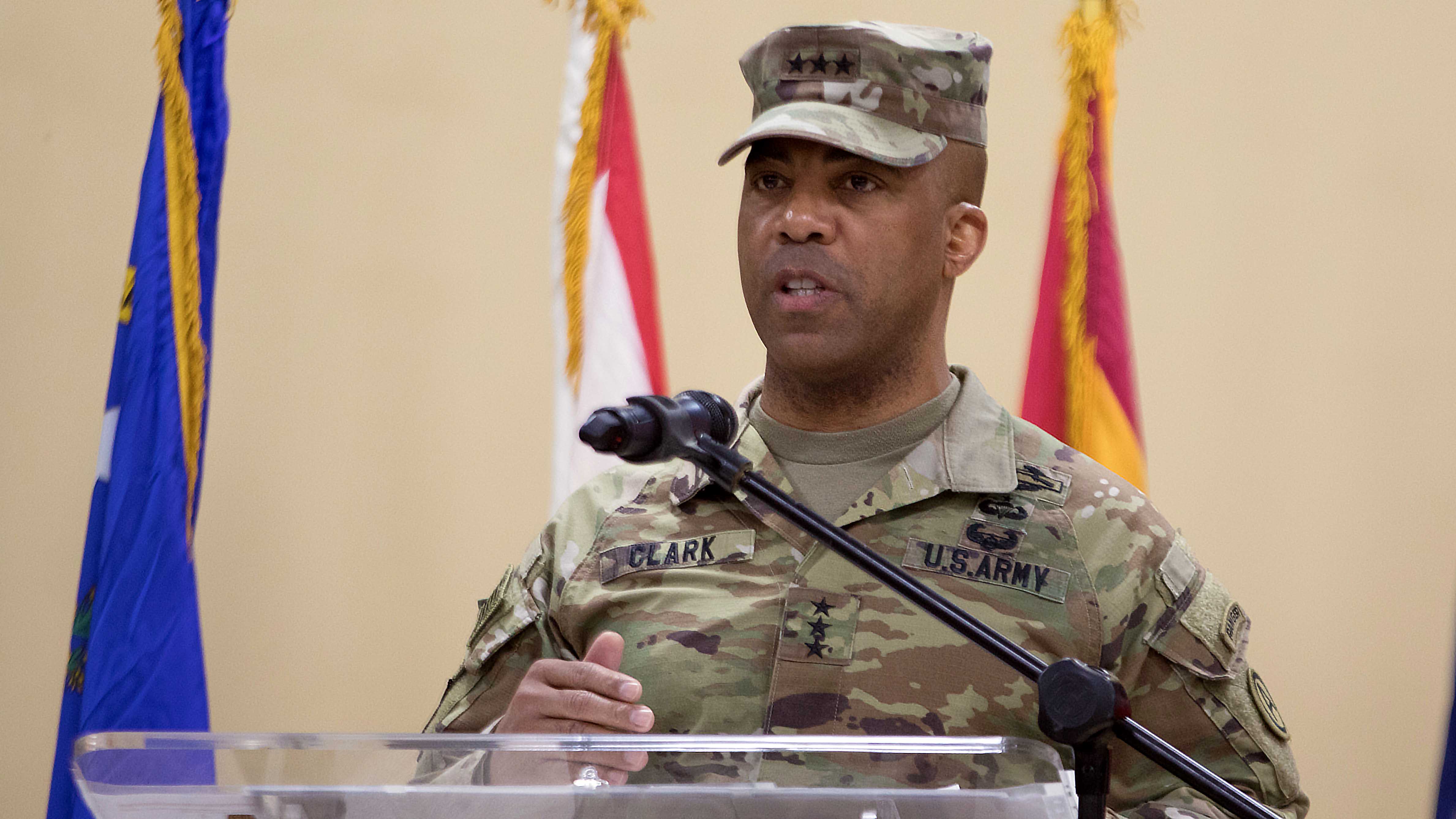 Lt. Gen. Ronald Clark, commander of U.S. Army Central, who is Black, said he was influenced and motivated by the success of the Black officers before him who demonstrated that diversity is important to the Army’s success.

“To be able to see you continue to maneuver the business of a career and with a family, and to stay balanced as a role model and mentor for me and many others, that’s the importance, I think, of diversity and what that represents,” Clark said to retired Lt. Gen. Les Smith during a webinar hosted by the Association of the U.S. Army.

Smith, who is Black, retired in 2021 as the 66th inspector general of the Army after 38 years of service and is AUSA’s vice president for Leadership and Education. He moderated a conversation with Clark during a recent AUSA’s Noon Report webinar.

Clark pointed out that the two officers coincided during assignments years ago at Fort Polk, Louisiana, when Smith commanded the 83rd Chemical Battalion, and Clark was an operations officer at Fort Polk.

Noting that “it’s very difficult to be something if you can’t see it,” Clark used it as an example of why “diversity is the force.”

Because inclusion across the force is a goal of the Army,  equity is critical to the dignity and respect every soldier deserves, Clark said.

“When you think about diversity and inclusion, diversity of thought, diversity of opinion, diversity of background, diversity of skill sets—if we all start out in the same location, we’ll probably all end up in a very similar location because ducks pick ducks,” Clark said, explaining that team dynamics thrive and holistic answers to difficult problems emerge when people come to the table with a variety of experiences.

“If we’re all from the same background, we all have the same experience base and we all have a hammer in our hand, and we see a nail halfway nailed to the wall, because we have hammers, the answer will be to nail it flat,” Clark offered. If one team member instead “has a hat and … decides to use that hat and tack down the nail as a hat rack, that’s a different answer to a problem.”

“Having those sorts of experiences and having a team that’s diverse that can give you perspectives that you wouldn’t have on your own is very important,” he said.