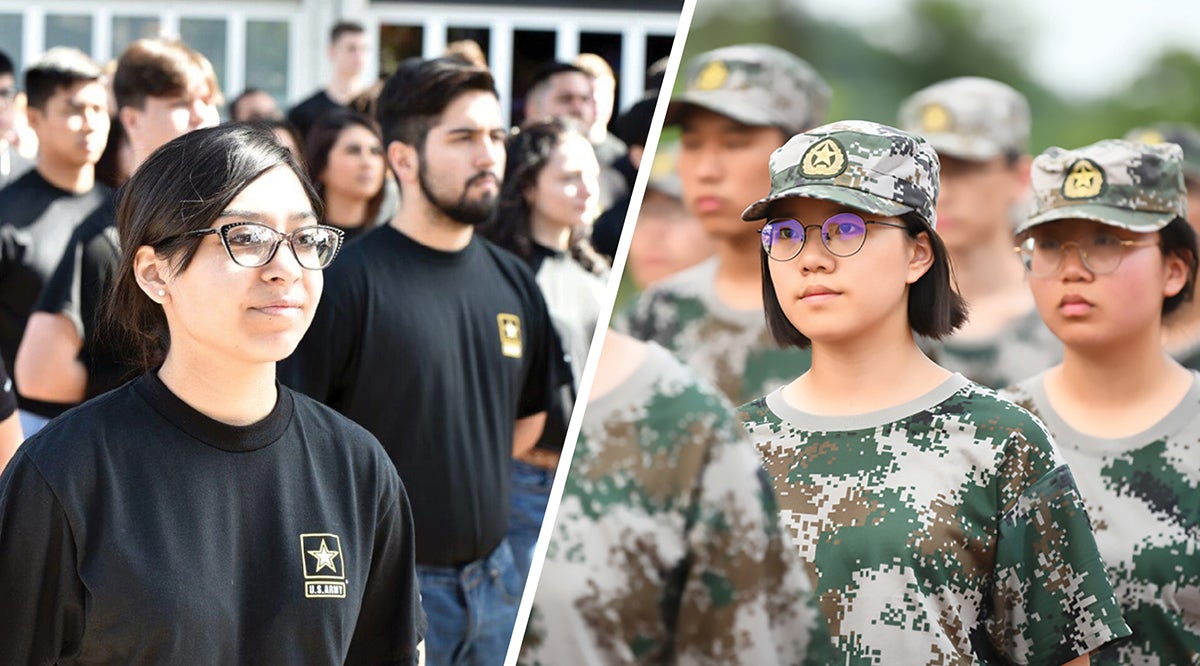 Photo by: U.S. Army and the Ministry of National Defense of the People's Republic of China

The U.S. Army has an advantage over China when it comes to empowering its soldiers to make decisions, but the two countries face the same challenges recruiting young people for military service, according to the author of a new paper.

In an essay published by the Association of the U.S. Army as part of its Land Warfare Paper series, author Larry Wortzel notes that China’s People’s Liberation Army and the U.S. Army have a common focus on new technologies, data fusion and developing systems designed to compensate for a smaller military.

But each country, while operating in vastly different cultural and political norms, also has demographic challenges in the target generation of 17- to 24-year-olds.

“The U.S. Army is probably in a better position than the PLA in that it is continually striving to meet the challenges of generational change and adapt to Generation Z,” as that population is known, “while taking advantage of that generation’s embrace of information technologies,” Wortzel writes in his paper, “A Comparison of Recruitment and Training Problems in the U.S. Army and China’s People’s Liberation Army.”

The PLA’s dearth of recruits is compounded by the country’s low birth rate and low levels of access to technology and education in rural areas compared to urban areas. Additionally, while youth who live in the cities have the skills the PLA needs, “they would rather make money and enjoy themselves than join the military,” he writes.

Wortzel, a retired colonel and a former director of the Strategic Studies Institute at the U.S. Army War College, points out that these demographic and technological influences mean that China and the U.S. are relying on the use of artificial intelligence, swarming unmanned weapons and technologically driven automated systems “to make soldiers and their equipment more effective and to reduce the need to maintain a large military force.”

He argues that the U.S. Army’s partners and allies in Asia, in places like Japan, South Korea, Taiwan, Singapore, Thailand and most of the Southeast Asian nations, face the same issues.

A major advantage the U.S. Army has, Wortzel writes, is that it has “taught its people to think and incorporates them in decision-making, empowering them to use initiative and to follow the concept of mission command in acting.”

Mission command is harder for the PLA, in part because of China’s societal structure and because of the role that the Communist Party and the political commissar play in the military, he writes.

Reinforcing its own strengths and understanding the strengths and weaknesses of the PLA can help the U.S. Army be in a better position to respond to China’s provocations and aggressive behavior in the Indo-Pacific region, Wortzel says.