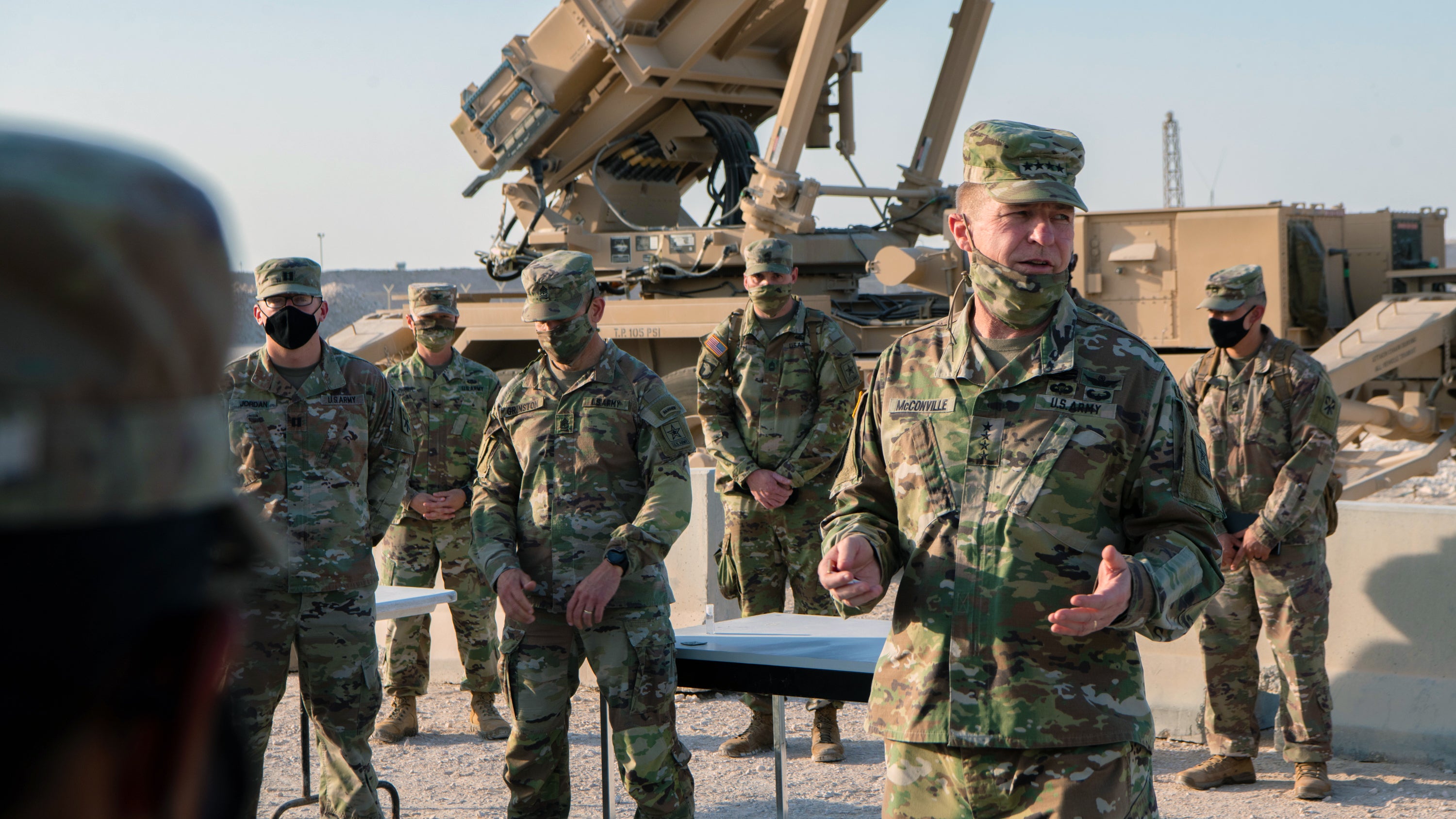 The Army must continue to juggle a high demand for troops around the world with an urgent need to modernize the force, the service’s top general said.

“We’re not going to get that,” McConville said recently during a virtual event hosted by the Foundation for Defense of Democracies. “We don’t have the resources right now, and we’ve been very well resourced. If we want to modernize and keep the Army ready, then end strength will not grow to that level.”

A smaller force means soldiers’ operational tempo is “a lot higher,” McConville said, adding that an active Army force of 490,000 to 495,000 soldiers is “acceptable with a certain amount of risk” if the Army has “the right forces in place and we’re very efficient and effective.”

It’s important for the Army to maintain a robust force, McConville said. “People say we don’t need a big Army,” he said. But he pointed to how the Army had 720,000 soldiers on active duty—a combination of Regular Army troops and mobilized Army National Guard and U.S. Army Reserve soldiers—during the height of the wars in Iraq and Afghanistan, with many deploying on 15-month tours because the Army didn’t have enough soldiers.

“That was just for a regional fight,” McConville said. “This was not great-power competition.”

At the same time, the Army must invest in modernization, McConville said. From long-range precision fires to new aircraft and combat vehicles, the Army must remain competitive as it prepares for large-scale combat operations after almost 20 years of counterinsurgency and counterterrorism, he said.

“We need to transform the Army right now,” he said. “I feel, as the chief of staff, if I don’t get this done over the rest of my term … we have let our soldiers down for the future.”

To hear directly from McConville about his vision for the Army, he is scheduled to be the keynote speaker Jan. 19 on The AUSA Noon Report webinar. For more information or to register, click here.