Carter Vows to Defeat Islamic State, Stand Up to Russia

Carter Vows to Defeat Islamic State, Stand Up to Russia 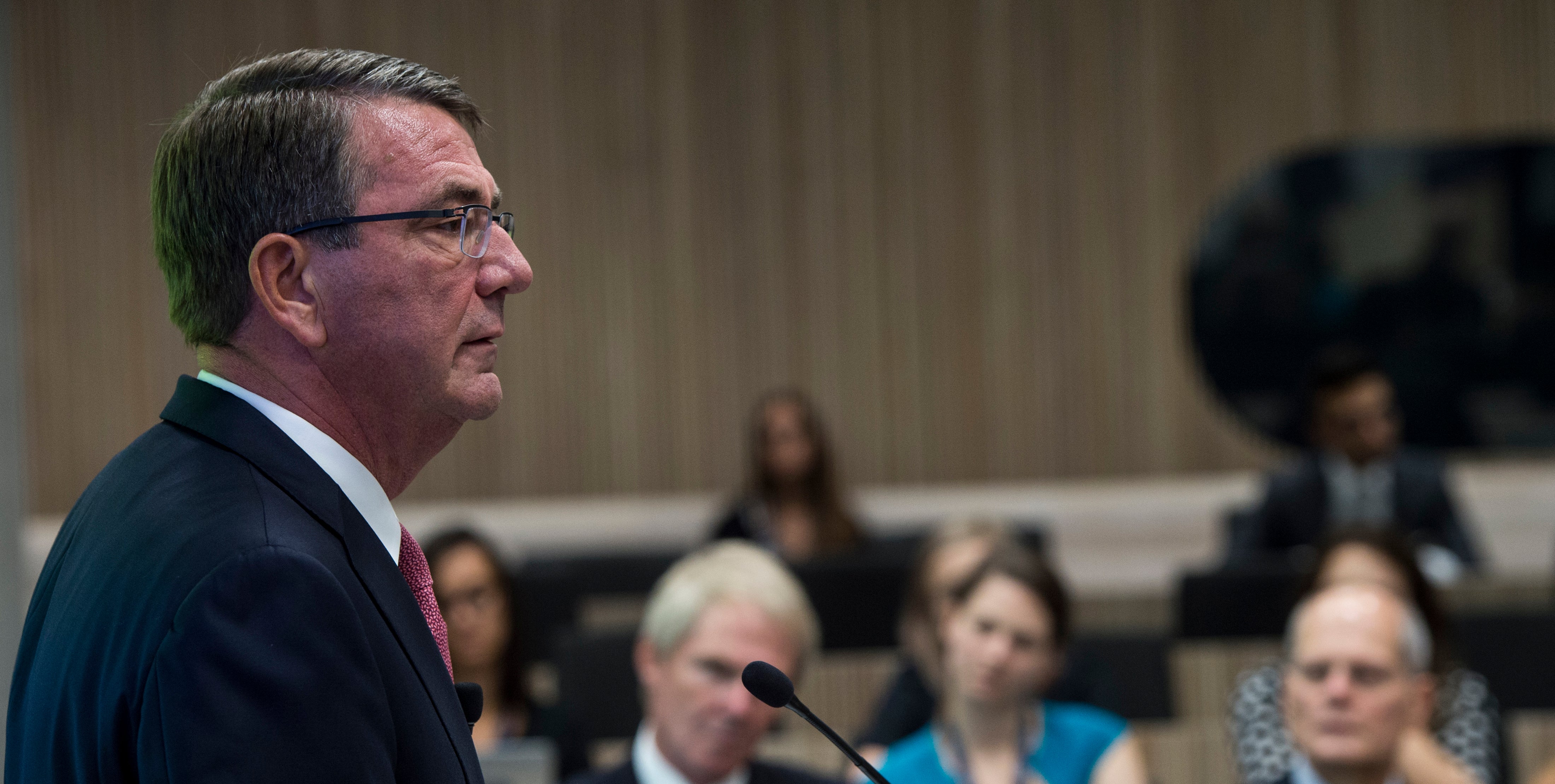 Defense Secretary Ash Carter made a bold prediction about the future of the Islamic State militant group. “ISIL will be defeated, and it will be defeated in a lasting way. I am confident of that,” he said in a speech at the Blavatnik School of Government at Oxford University.

He also pledged in the Sept. 7 remarks that the U.S. would help Europe respond to Russian action in and around Ukraine. “The United States does not seek a cold, let alone hot, war with Russia. We don't seek an enemy in Russia. But also make no mistake, we will defend our allies, the principled international order and the positive future it affords us.  We will counter attempts to undermine our collective security and will not ignore attempts to interfere with our democratic processes.”

Speaking primarily about enduring relations between the U.S. and the United Kingdom, Carter said the two nations “stood together to confront a global adversary intent on autocracy and dominion” during the Cold War. “We stood together to help make and keep the peace in the Balkans. We stood and responded together in the face of terror 15 years ago after 9/11, 11 years ago after the 7/7 bombings, fighting side by side during the wars in Afghanistan and Iraq.” The 7/7 bombings were the series of suicide bomb attacks in London in 2005.

Carter said the Islamic State and similar terrorist organizations “are intent on pursuing a violent ideology premised on hatred and intolerance, and seeking to thrive on division and suspicion. They directly target the human values and shared principles that bind the current order.”

“The sooner we defeat it in Iraq and Syria, the safer America, the United Kingdom and other countries will be,” Carter said, citing two objectives. First, the “parent tumor” of the terrorist group in Iraq and Syria needs to be destroyed, he said. Second, Islamic State offshoots in Afghanistan, Libya and other places need to be defeated by the U.S. and coalition forces supporting local forces.