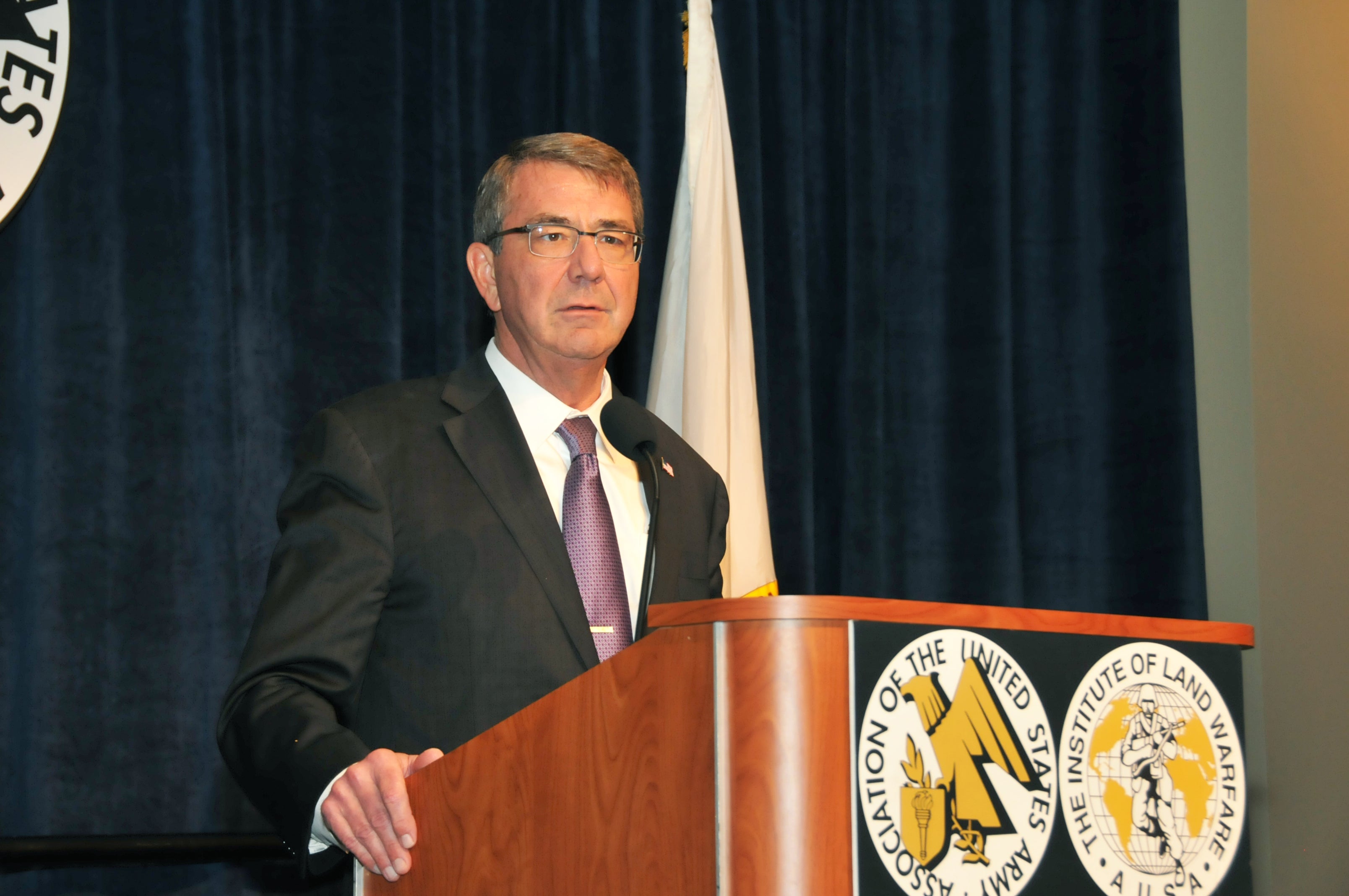 Russia is back – unfortunately. After a quarter-century of not having to worry much about confronting and deterring the Russians, the U.S. is suddenly challenged by a resurgent Russia in Europe, Ukraine and the Middle East. It’s “an unwelcome development,” Defense Secretary Ashton Carter said. He made his remarks on Wednesday during the Association of the U.S. Army’s 61st Annual Meeting and Exposition.For the Army, Russia’s newfound belligerence means greater presence with allies in Latvia, Lithuania, Poland and elsewhere to reassure allies and remind adversaries of U.S. strength, Carter said.For the U.S., it means working closely with allies to isolate Russia in the hope of forcing a withdrawal from Ukraine and a change in strategy in Syria. But at present, prospects for a change in Russian behavior aren’t bright. This may be “the new reality,” Carter said. “It looks like it’s here to stay.”Thus, the U.S. Army must prepare for conventional as well as hybrid warfare – a blend of conventional combat, irregular warfare and cyberwarfare – and develop a greater degree of mobility so that highly ready troops can move quickly to counter Russian moves.Russia seems equally unlikely to change course in Syria, Carter said. There, instead of fighting the Islamic State group as it said it would, Russia “has chosen to double down” with Syrian President Bashar al-Assad and is fighting the rebel forces who are trying to force Assad out.Carter said Russian intervention will prolong the 4-year-old Syrian civil war that has killed more than 220,000. “We have not, and will not, cooperate with the Russians as long as they pursue that strategy,” he said.The Army also faces continued trouble in Afghanistan and Iraq.Plans to pull all U.S. troops out of Afghanistan by the end of 2016 are being reconsidered, Carter said. Recent offensives by the Taliban threaten to undo what the U.S. military achieved during 14 years of fighting in Afghanistan. That can’t be allowed to happen, he said.While Afghan army troops have demonstrated that they can be capable fighters, they need more training, and “no one can do that better than the [U.S.] Army,” Carter said. How many U.S. troops will stay in Afghanistan, and for how long, is still being decided.The problem is more complex in Iraq, where Kurds and Iraqi security forces are battling the Islamic state. Both need more training and support, but the Iraqi security forces need much more. Iraq is so deeply divided along sectarian lines that it is difficult to build an effective army, Carter said. Ongoing struggles between Shiites and Sunnis stand in the way.There are struggles at home as well. Carter has repeatedly pleaded for “budget certainty,” but has not received any.The U.S. Congress has failed to pass a defense budget on time for the past seven years, he said. And for the past four years, the defense budget has been further stricken by sequestration – automatic spending cuts Congress imposed in 2011 as a way to force budget discipline on itself.Sequestration cuts were supposed to be a threat so onerous it would force lawmakers to work out budget compromises. Instead, “Congress rejected the hard decisions” and let the automatic cuts occur.DoD was not allowed to close installations it no longer utilizes, nor retire weapons it no longer wants or stop buying equipment it no longer needs. “This can’t be allowed to become the new normal,” Carter said. It is dangerous to U.S. military strategy, embarrassing around the world, and discouraging to U.S. troops, he said.President Barack Obama has threatened to veto the 2016 defense budget that Congress has proposed – but not yet passed – because it fails to cut programs that DoD wants to cut, and adds spending to the overseas contingency operations account to cover expenses that should be in the regular budget. The overseas account is not subject to spending caps, thus avoids sequestration, but does not permit orderly funding of multiyear expenses.