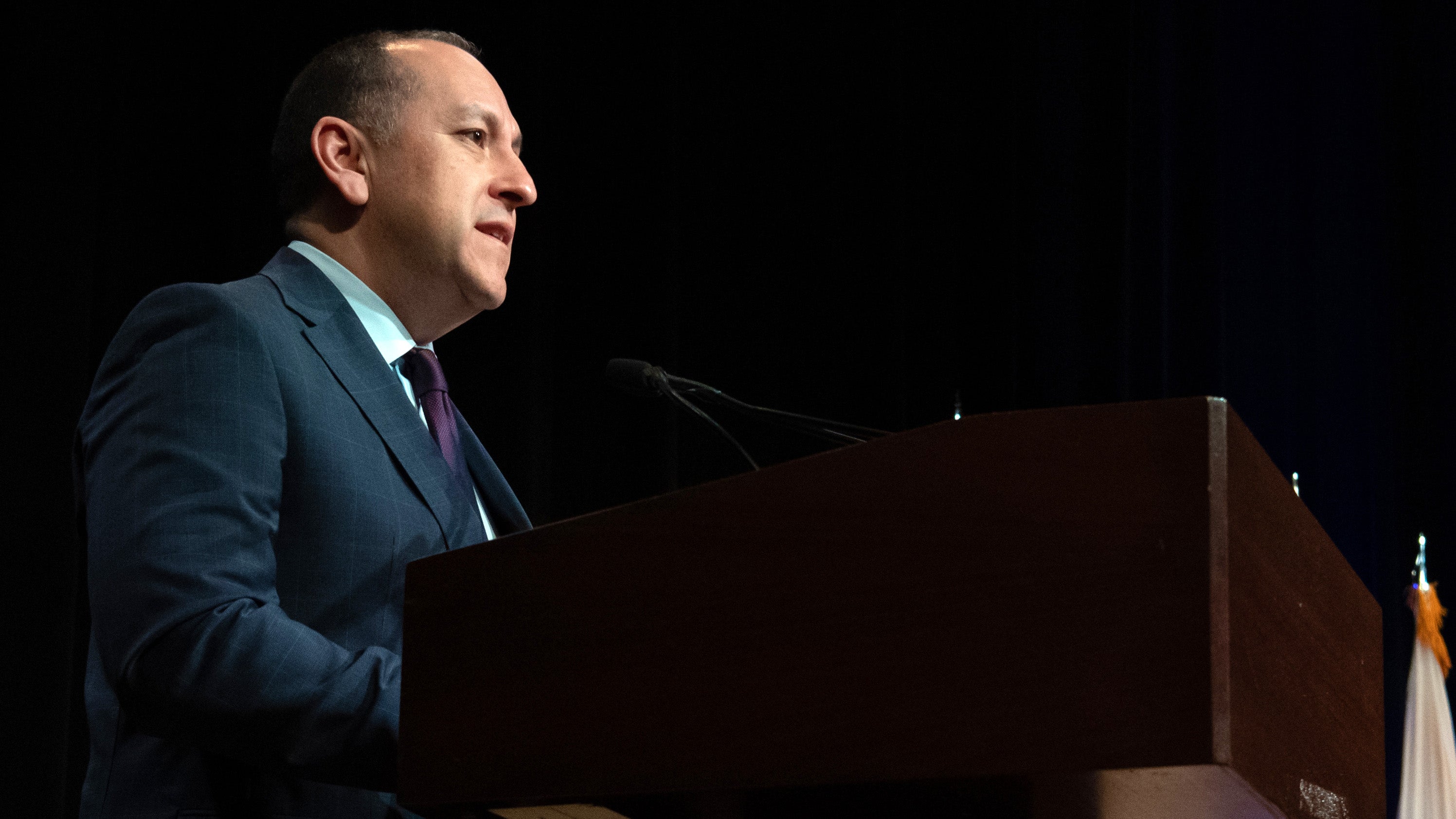 Army Undersecretary Gabe Camarillo will speak July 20 as part of the Association of the U.S. Army’s Coffee Series.

The in-person event will take place at AUSA headquarters in Arlington, Virginia. The event opens at 6:30 a.m. with coffee and networking. Camarillo is expected to speak at 7:20 a.m.

It is free for military members, government employees and the media. All attendees must be vaccinated against COVID-19. Masks are optional.

Camarillo, an attorney who has served in various positions in DoD, was sworn in Feb. 8 as the 35th undersecretary of the Army.

As the undersecretary, he is the Army secretary’s senior civilian assistant and principal adviser on matters related to the management and operation of the Army. He is also the chief management officer of the Army.

Camarillo spent several years at DoD over a career in government and private practice. From 2012 to 2015, he was the principal deputy assistant Army secretary for acquisition, logistics and technology, where he helped lead the Army’s research and development and modernization portfolio.

In 2015, he was appointed as the assistant secretary of the Air Force for manpower and reserve affairs.

During his confirmation hearing in October, Camarillo told the Senate Armed Services Committee that preventing harmful behaviors among soldiers, particularly sexual assault and harassment, is one of the most “significant challenges” Army leaders must tackle.

The Army also faces a “significant” challenge in finding a balance between current readiness and investing in the future through the service’s modernization programs, he said.

“Given the landscape of evolving threats, rapidly proliferating technology and global competition, the Army has undertaken a significant campaign to modernize its warfighting capabilities,” Camarillo told lawmakers. “These efforts are designed to address key capability gaps and ensure that the Army is prepared to respond to joint requirements in multi-domain operations. If confirmed, I would work with Army leaders to ensure that the Army manages its investments to address these challenges.”