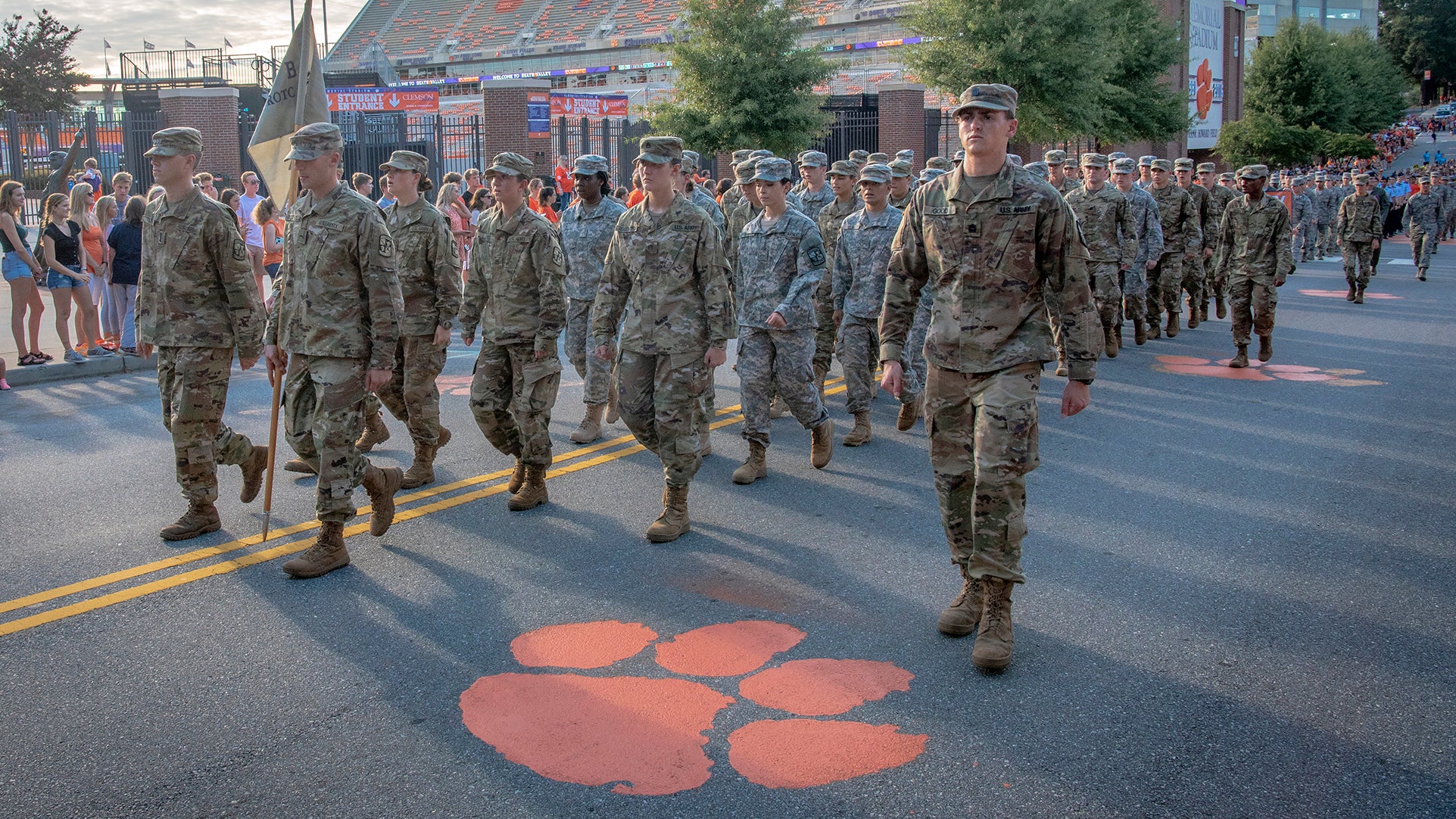 In a year marked by strife and a pandemic that restricted activities within the Army’s cadet corps, leaders at the service’s three commissioning institutions say they’ve worked to imbue future leaders with a sense of urgency and cultural sensitivity as they transform from civilians into Army officers.

Maj. Gen. John Evans, commander of Army Cadet Command, made the difficult decision this year to cancel cadet summer training, the Army’s largest training event of the year, because of the COVID-19 pandemic. In the wake of that and with restrictions on classes because of the virus, he said he told cadets at more than 1,000 college campuses that they “need to focus on making every minute count.”

Evans made his remarks Oct. 15 as part of an Army cadet forum during AUSA Now, the 2020 virtual annual meeting of the Association of the U.S. Army. He was joined by Lt. Gen. Darryl Williams, superintendent of the U.S. Military Academy at West Point, New York, and Lt. Col. David Holstead, commandant of the Officer Candidate School and commander of 3rd Battalion, 11th Infantry Regiment, at Fort Benning, Georgia.

“You have to be able to do everything your peers can do and everything that those who came before you can do,” Evans said.

At Officer Candidate School, where most students go directly from civilian life to Army officer training in an intensive 12-week program, “The Time is Now,” which was the theme of AUSA Now, “is an enduring theme,” Holstead said.

“When you raise your right hand and repeat after me, that is a transformational moment in your life,” Holstead said he tells his officer candidates. “No matter what experience all the candidates bring into OCS at that moment in time, you have a duty and a responsibility to lead American soldiers.”

Holstead pointed to the increasingly competitive global environment as an important factor, leading him to stress the importance of learning the fundamentals of being an Army officer.

“Many of us, my generation especially, grew up in the Global War on Terror,” Holstead said. “The threats that face our nation now are unknown, and they are ambiguous, and we have to be prepared for anything. So, getting back to the fundamentals of the craft of officership, the craft of leadership, is something we've stressed here.”

Addressing the civil unrest that characterized much of the year across the nation, Williams said it brought critical focus on leaders’ responsibility to talk to each other and listen and hear what’s going on in the ranks of the cadet corps.

“We're doing a lot of that here at West Point right now … given what's going on in the social space right now outside the walls of West Point” he said. “We’re listening to our young men and women, and the time is now, it's time to really listen and meet them where they are.”