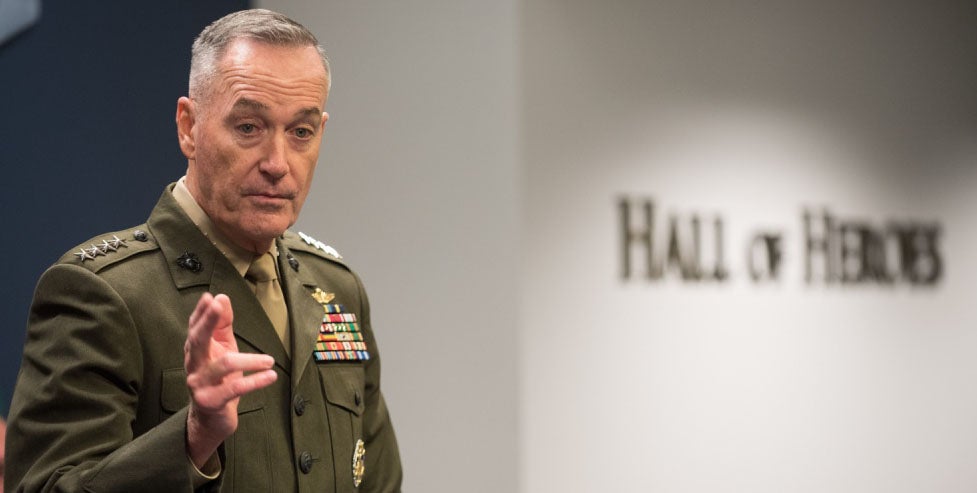 The final day of the 2016 Annual Meeting and Exposition of the Association of the U.S. Army begins with a town hall meeting on military family issues and culminates with the George Catlett Marshall Memorial Dinner.

In the middle, the chairman of the Joint Chiefs of Staffs, Marine Corps Gen. Joseph F. Dunford Jr., speaks at an invitation-only lunch for AUSA sustaining members; Secretary of Homeland Security Jeh C. Johnson speaks at a forum on homeland security, with separate discussions on responding to natural disasters and acquisition; and contemporary military forums hosted by AUSA’s Institute of Land Warfare focus on preparing for 2030 threats, cyberwar and Pacific readiness.

The exhibit floor opens at 9 a.m. Army briefings at Warriors Corner and Innovators Corner are scheduled throughout the day. There are several pre-conference events in the morning as well as regional breaks for AUSA chapters with high-level Army speakers scheduled.

AUSA Show Daily hosts a panel discussion on equipping starting at 9:30 a.m., featuring three colonels from Army’s PEO Soldier, Maneuver Center of Excellence and Rapid Capabilities who will discuss their roles in evaluating and adopting improved technology. The free event will be held in room 150B.

At the evening dinner, retired Army Gen. Gordon R. Sullivan, a former Army chief of staff and former AUSA president and CEO, will receive the George Catlett Marshall Medal for selfless service to the nation.