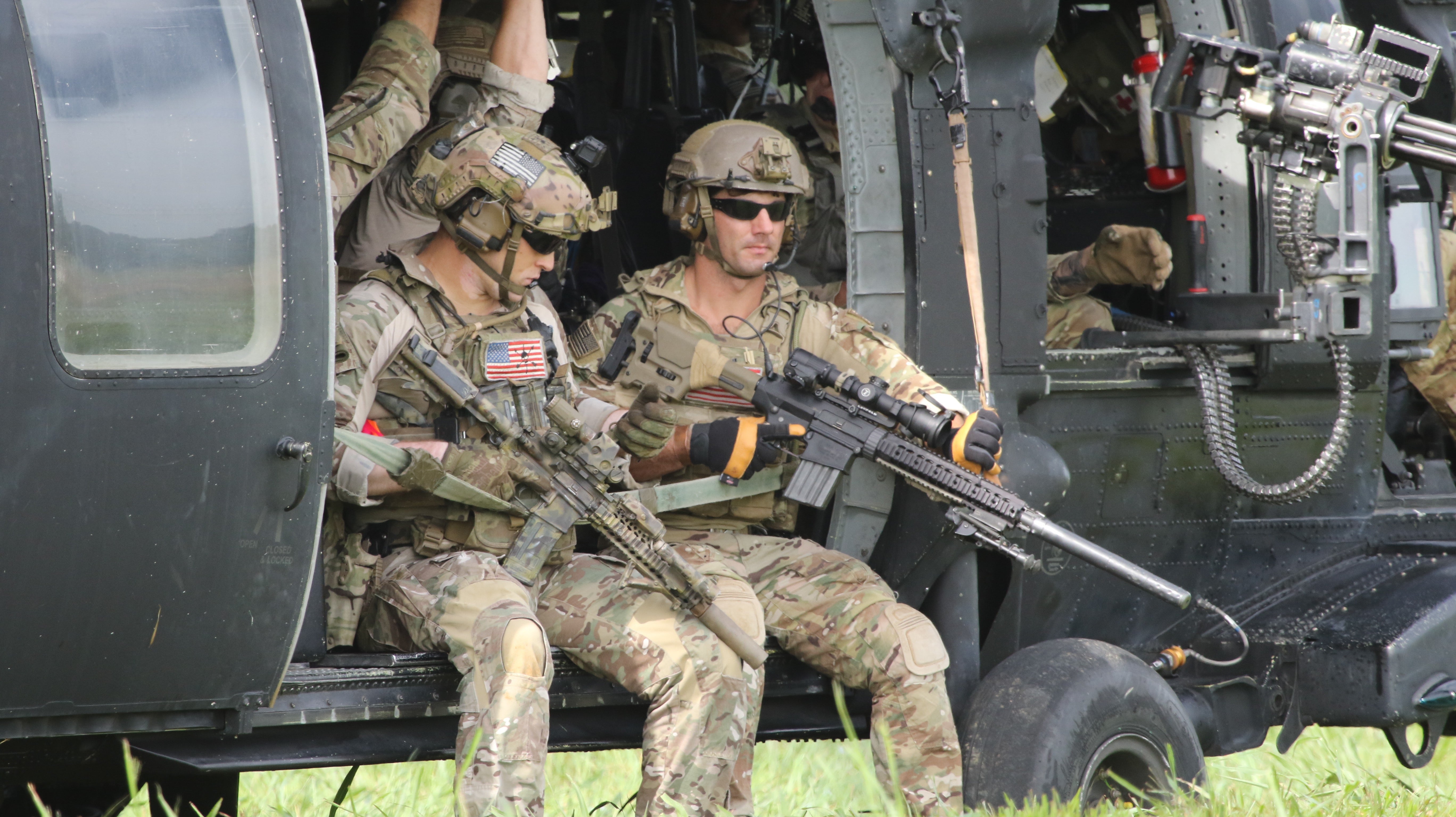 The Army continues to balance responding to today’s needs—including supporting U.S. allies and partners in Eastern Europe—with modernizing for the future, the service’s top general said.

“We’re taking a measured approach. We need to have the Army ready today, and we need to be ready for the future,” Army Chief of Staff Gen. James McConville said March 31 during an event hosted by the Project for Media and National Security. “What we’re trying to do is find that … sweet spot where we’re continuing to incrementally improve the Army we have today.”

As the Russian invasion of Ukraine grinds on, the Army continues to reassure NATO allies and partners in the region, McConville said.

The Army has 45,000 troops in Europe, he said, including soldiers from V Corps, the XVIII Airborne Corps, the 82nd Airborne Division and the 1st Infantry Division.

“The 82nd will stay as long as they’re needed,” McConville said. “Their presence matters. … Many … countries want to see American soldiers standing side by side, supporting the president's commitment that we’ll defend every inch of NATO. That’s what they’re there to do.”

The Army isn’t standing still at home, either. One of the service’s priorities is to maintain the momentum it has gained in modernizing the force.

For fiscal 2023, the Army is requesting a $177.5 billion budget, a $2.8 billion increase over current spending. Unveiled March 28, the Army’s request is part of a $773 billion defense budget that allocates $29.4 billion for Army readiness and almost $12.6 billion to modernize Army and Marine Corps fighting vehicles, according to DoD.

“I’m pretty pleased with the funding that we have to keep the momentum going on those transformational six modernization priorities that we have,” McConville said.

The budget also supports some key systems used by the Army today, he said.

In the face of unprecedented challenges at home and abroad, including a pandemic and several natural disasters, McConville said that he is proud of how troops have responded.

“From COVID to natural disasters, the National Guard and reserves, we just ask an awful lot of them, and I just couldn’t be more proud of them,” he said.