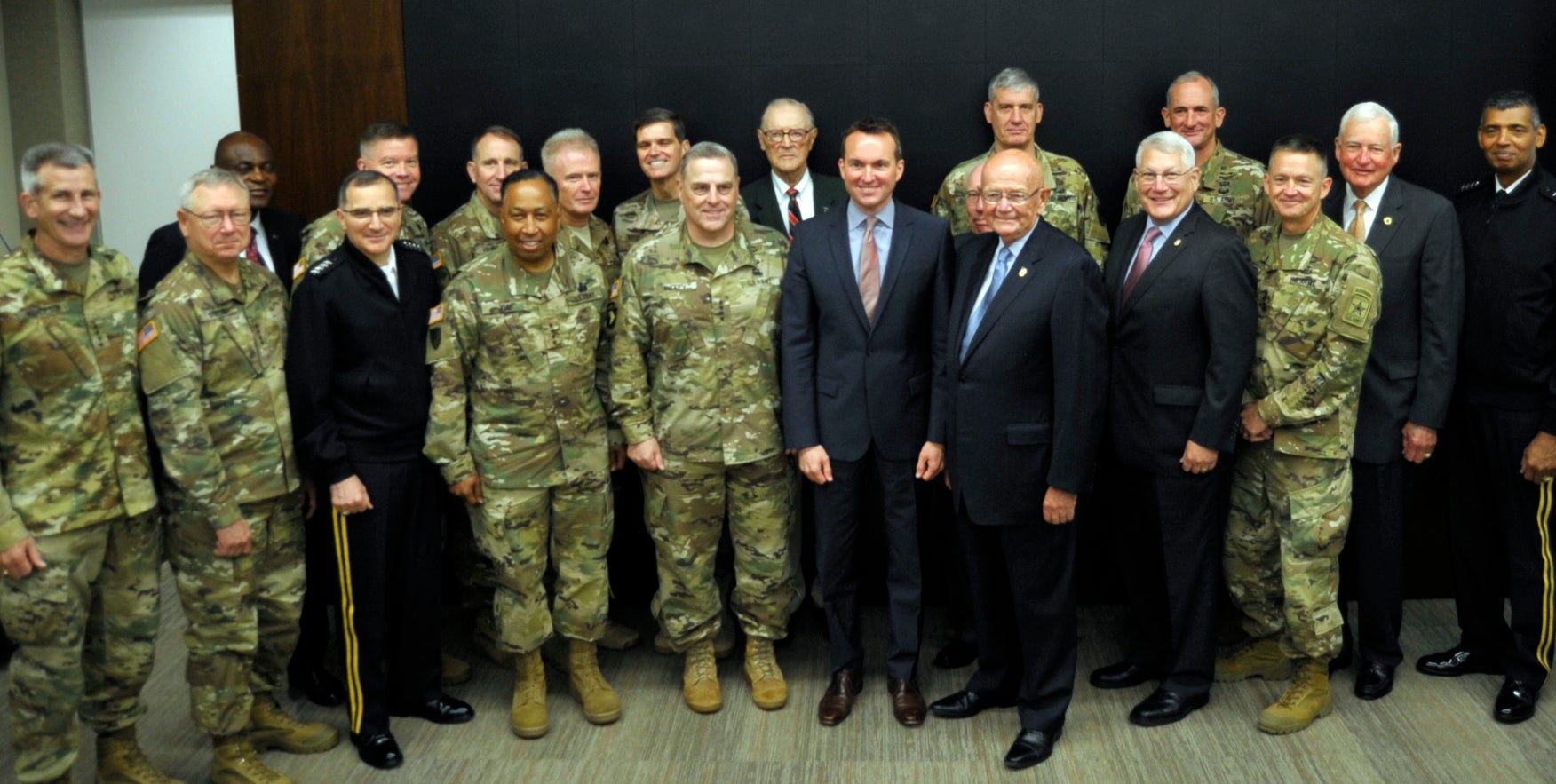 The Conference and Event Center at the Association of the U.S. Army’s headquarters in Arlington, Va., has been popular in June with four-star general officers.

On June 17, five Army chiefs of staff were present at a reception marking the departure from AUSA of retired Gen. Gordon R. Sullivan, who on June 30 ends more than 18 years as president and CEO of the nonprofit educational association. Sullivan was the Army’s 32nd chief of staff.  The current chief, Gen. Mark A. Milley, was at the reception, along with three other retired Army chiefs, Gens. Peter J. Schoomaker, Eric K. Shinseki and Carl E. Vuono.

Milley was back at conference center on June 28 for an appearance by Secretary of the Army Eric Fanning at a breakfast hosted by AUSA’s Institute of Land Warfare. In addition to the current chief, there were 19 current or retired four-star generals, the largest collection of Army four-stars at one place at one time in recent memory.

The attendance was partly the result of a four-star conference and partly because of the high interest in hearing what Secretary Fanning had to say as he was questioned by retired Army Gen. Carter F. Ham, who on July 1 becomes AUSA’s new president and CEO.

Click here to learn more about, or book, the AUSA Conference and Event Center.