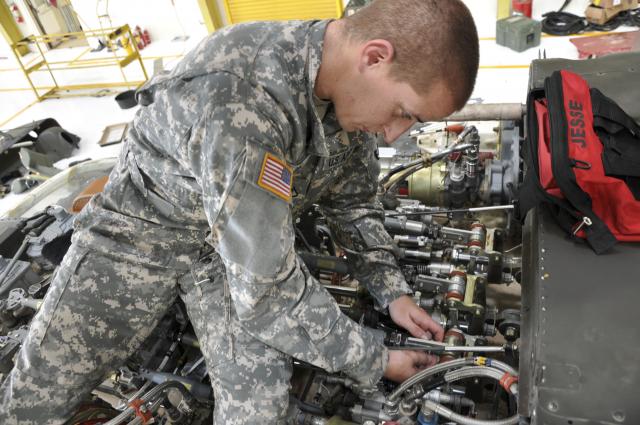 The Army will lose about $450 million in readiness-related funds as Congress shaves $5 billion off the 2016 defense budget to comply with the Bipartisan Budget Agreement passed last week.The readiness cuts—$250 million from active-duty accounts and $192.6 million from the National Guard—are part of a deal that allows the 2016 defense budget to grow by $33 billion over 2016 rather than the $38 billion increase requested by the Obama administration and preferred by many defense hawks in Congress. The result is an overall defense budget, including overseas contingency operation funds, of about $599 billion, with about $126 billion allocated to the Army and its various components.With the adjustments, the Army will receive about $26.8 billion in the base budget for operations and maintenance of the active force, $2.7 billion for the Army Reserve, and $7 billion for the Army National Guard. An additional $11 billion in operations funding for the Army is in the overseas contingency budget.The revised budget also includes about $16.3 billion for Army procurement, with $5.8 allocated to aircraft procurement. The Army will receive about $7.1 billion for research and development. The single biggest adjustment made in the budget to shave the $5 billion was a $1 billion reduction in fuel and energy costs that is expected to have no real impact on the military because of lower fuel prices.The National Defense Authorization Act, as revised, still calls for the Army to drop by about 15,000 active-duty soldiers in fiscal year 2016, along with an 8,200 reduction in the National Guard and a 4,000 reduction in the Army Reserve.