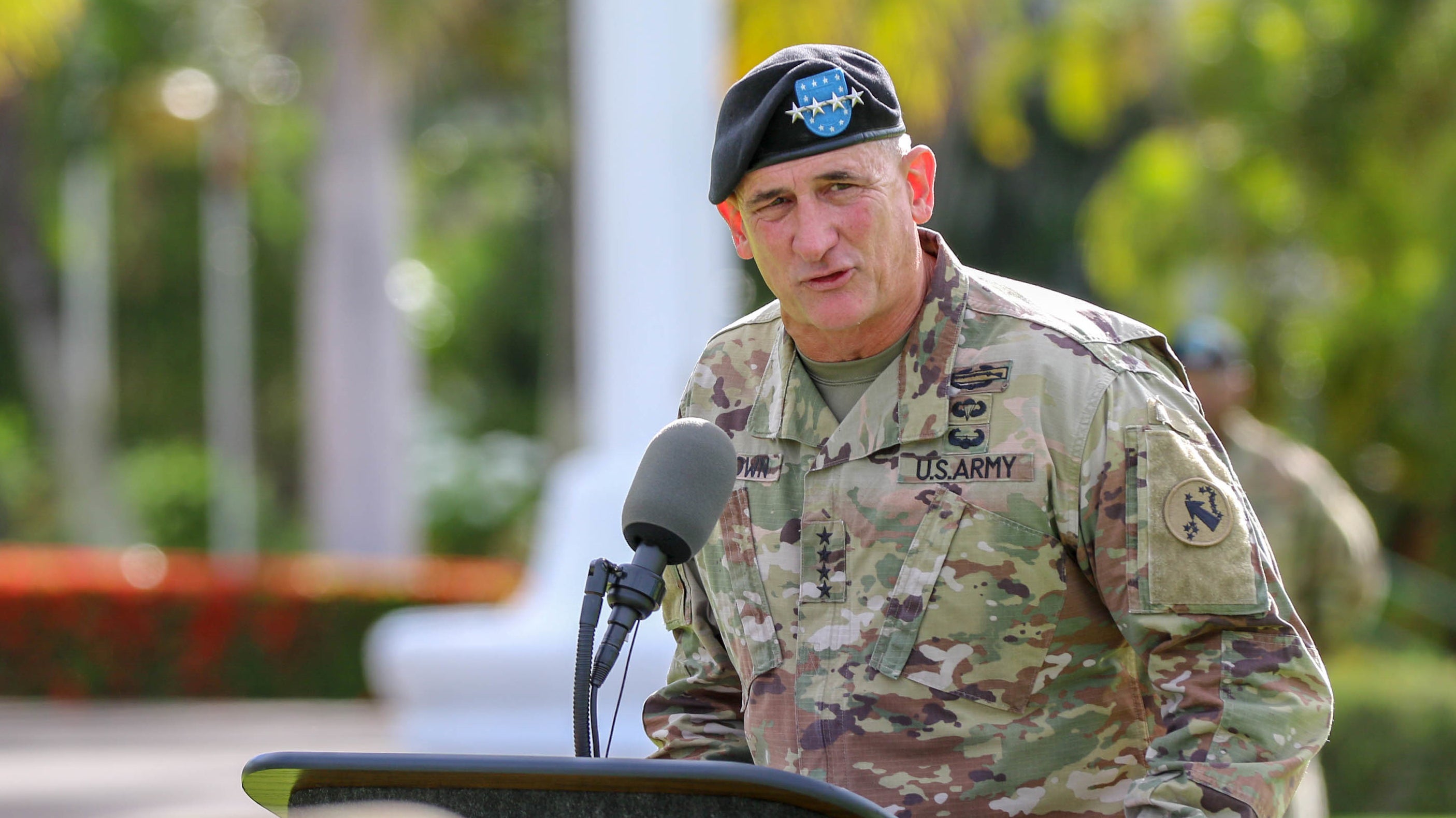 Brown, who is retiring, has led Army Pacific, the Army’s largest service component command, since April 2016. He was scheduled to be recognized during a farewell ceremony Sept. 27 at Historic Palm Circle on Fort Shafter, Hawaii.

Lt. Gen. Paul LaCamera, the XVIII Airborne Corps commanding general, has been confirmed by the Senate for a fourth star and is slated to succeed Brown at Army Pacific. LaCamera and the corps headquarters just completed a deployment to Iraq, where they led the Operation Inherent Resolve mission.

A 1981 West Point graduate and a combat veteran with multiple deployments to Iraq, Brown has long emphasized the importance of building relationships with America’s partners and allies, including in the Indo-Pacific region.

“We cannot wait until the crisis to form a relationship,” Brown said during the Association of the U.S. Army’s 2019 LANPAC Symposium and Exposition in May.

Indo-Pacific, the name used for the region since 2017, has more people than the “rest of the world put together” and will soon contain 70% of the global population, he said.

It is a region of natural and humanitarian disasters, where joint and multinational operations are critical to saving lives. It also contains security threats from criminal and extremist groups, and from major military powers, many of them armed with nuclear weapons.

The region is dominated by water, but land and land forces have a “critical role,” too, Brown said.

“There is no greater commitment than when a nation commits land forces—boots on the ground—to a situation,” Brown said. “You cannot understand a region unless you are on the ground.”

“Having served with General Brown at Fort Lewis, in Iraq and in Europe, I know his quality and his enduring commitment to soldiers and their families,” Ham said. “As he culminates an extraordinary career, all of us at AUSA thank him for all that he has done for the Army and for the nation.”