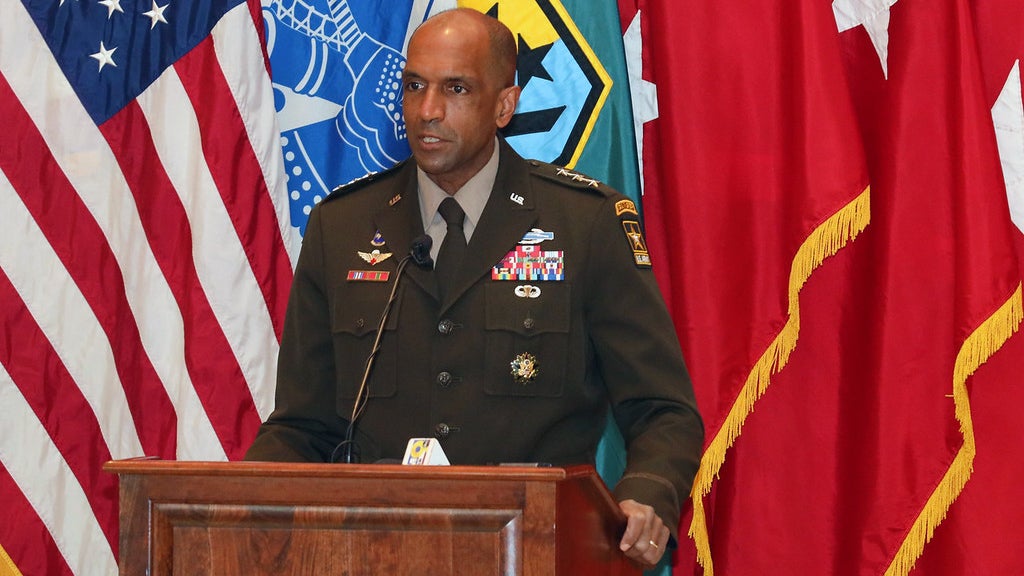 Speaking Dec. 7 at an Association of the U.S. Army Hot Topic focused on medical care, the Army G-1 said recruiting and retaining a volunteer Army and making certain the force is ready for combat requires keep soldiers’ lives in mind.

“Don’t confuse taking care of our people, whether through medical issues or other efforts, with being soft,” Brito said.

He’s heard complaints that letting soldiers leave work at 3 p.m. is a step in the wrong direction, but he has a different view. Rather than being “soft,” he sees it as giving soldiers the opportunity to spend a little time with family, attend a soccer game or have some predictability when making family plans.

“It is a balance, and our leaders have the responsibility to do just that,” Brito said.

Speaking at a conference titled “Holistic Health and the Soldier,” Brito said the health and well-being of soldiers is a key element in building a combat-ready force. Soldiers need access to medical care and counseling as part of their combat preparation, he said.

The Army’s People First policy helps build confidence in soldiers that the Army will provide for them and their families, Brito said.

To help soldiers and the Army, efforts are underway to “minimize the impact of harmful behaviors,” Brito said. This includes sexual assault or harassment, racism and discrimination. Suicide prevention is another important cause, he said. “It is going to be a community effort.”

These combined efforts are part of the larger push to build stronger teams. “If we don’t have cohesive teams, you are not going to be effective in combat, period,” he said.