Brito: Cadets Must Lead with Character

Brito: Cadets Must Lead with Character 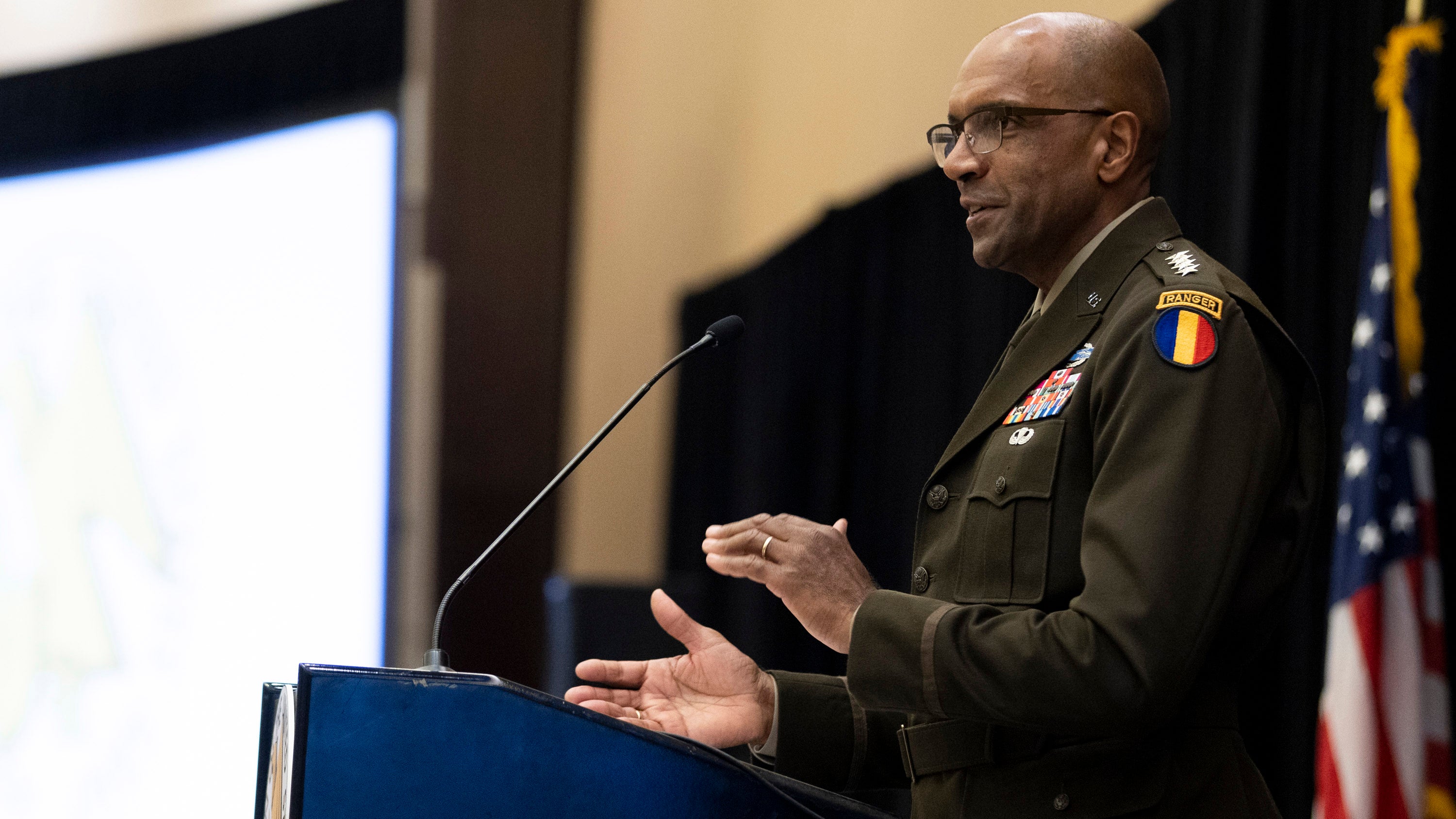 The commanding general of Army Training and Doctrine Command offered lessons on leadership and character to cadets during the Army Cadet Luncheon at the Association of the U.S. Army’s 2022 Annual Meeting and Exposition.

Speaking Oct. 10, Gen. Gary Brito reflected on advice he was given during the second day of his in-processing as a second lieutenant. A leader “grabbed me by the shoulders, and said, ‘Hey, LT, let me tell you something. Always work for your soldiers, do not work for your evaluation report, and everything will be fine.’ ”

Brito went on to use that advice “as a guidepost” for the soldiers he worked with. The care and investment that Army leaders give to their soldiers is reciprocated, Brito said. “You can apply that to whatever scale or unit that you’re in,” he said. “Whether it’s part of an infantry squad or a tank crew, … it matters not. If you take care of your soldiers, they’ll take care of you.”

Brito urged the cadets to focus on things within their control, especially character, reputation and physical fitness. “We must have an Army of engaged leaders … that have strong character,” Brito said. “That leads to the cohesion, dignity and respect that we need in our ranks today.”

Brito also underscored the importance of holistic fitness, including physical and mental fitness, saying that fitness is key to “resiliency” and “the level of leadership” cadets will bring to the soldiers they lead.

The Army’s most valuable asset is still its people, Brito said. “Our Army will, and it always has, … develop the best tank, the best helicopter, the best Humvee, the best you name it,” he said. “All of those pieces of equipment … will not work, if not for you.”

Looking to the future, Brito urged the cadets to be motivated by the Army’s mission as they pursue their careers.

“The people we need to lead the Army of 2030 and the people that we need to lead the Army of 2040 are sitting right here today,” Brito said. “Our Army exists to fight and win our nation’s wars. … I say that to motivate you because that should inspire you to wake up every day and enjoy putting on your boots, or your scrubs, or whatever you want to do, and give the best leadership to the soldiers that you have opportunity to serve with.”