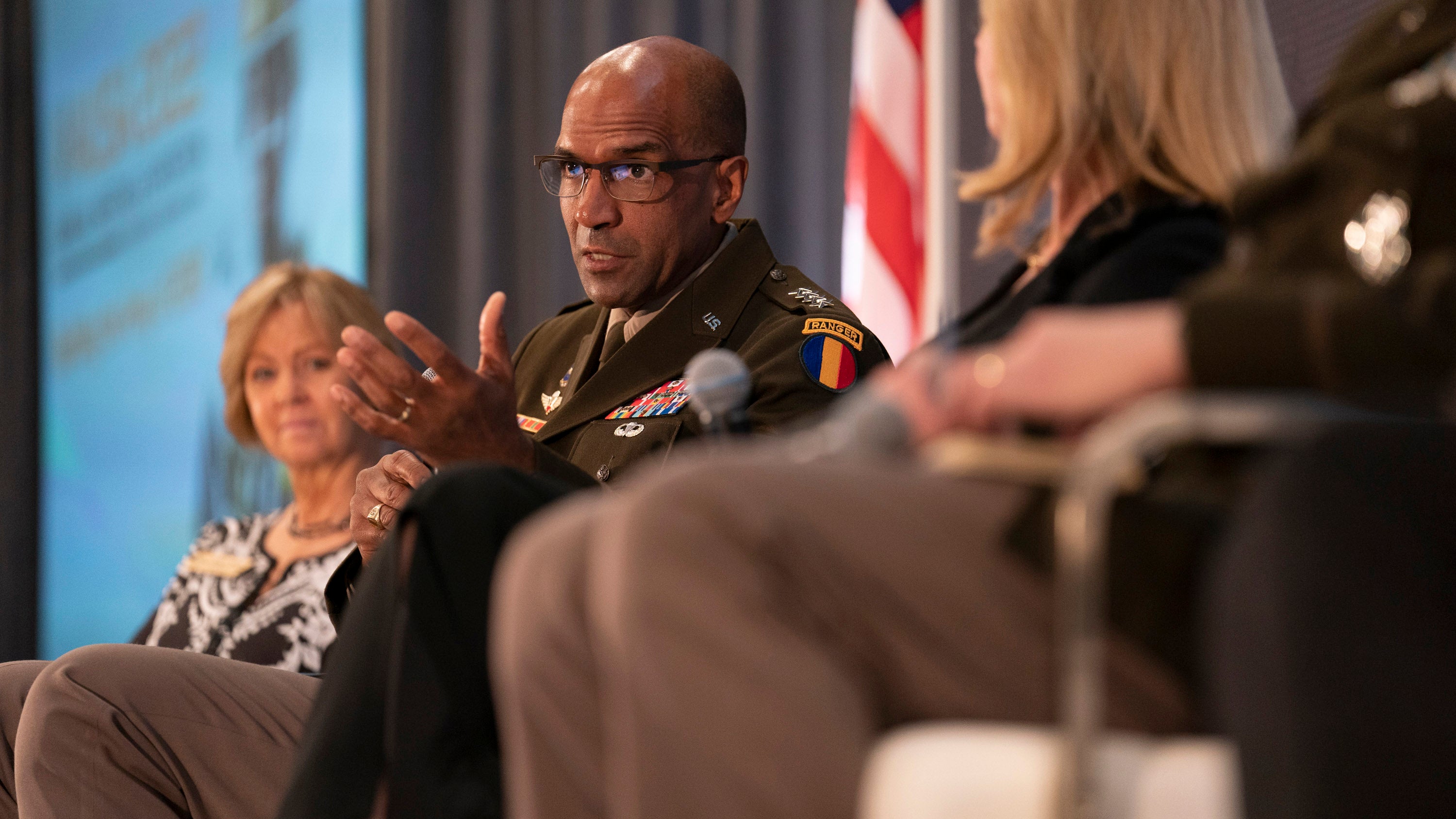 Photo by: Eric Lee for AUSA

“When I think about people [in the Army], they’re our greatest strength, they’re our most important weapon system,” McConville said during a forum at the Association of the U.S. Army’s 2022 Annual Meeting and Exposition. “We’re in a very challenging recruiting environment … but we have opportunities to offer young men and women unlike any other place.”

Despite a growing gap between soldiers and the civilian population, young people still crave a sense of belonging and service, said Julie Boland, the U.S. chair and managing partner and Americas managing partner at EY.

“How do we break down barriers, and how do we think about resourcing people differently?” Boland said during the contemporary military forum titled “In a War for Talent—Recruiting, Retention and Opportunity.”

After the COVID-19 pandemic impacted several years of in-person recruiting, the public needs to get to know the Army again, said Maj. Gen. Johnny Davis, commanding general of the Army Recruiting Command.

“As they begin to talk with their community, which they haven’t really had access to, now they’re reintroducing the United States Army back into the community,” Davis said about Army recruiters. “What they said to me is, ‘Sir, most importantly, the public does not know our Army.’ ”

“One of the big challenges we have is that propensity to serve,” Miller said. “It’s not that they're necessarily saying ‘No.’ it's just that they don’t know about what the opportunities are and how we can meet their drive … on their path to success.”

To better connect with potential recruits, the Army is prioritizing introducing service-eligible individuals to “someone that they can relate to and feel comfortable talking to,” said Gen. Gary Brito, commander of Army Training and Doctrine Command.

Brito stressed that the Army will turn the tough recruiting environment into an opportunity for growth.

“If you’re in uniform, you’re a recruiter,” he said. “This is a big, total team effort. We will succeed. … In order to deliver the Army of 2030 and get ready for 2040, we’ll continue to be innovative in our talent management approach, and we will turn this recruiting challenge into an opportunity and continue to march forward on.”