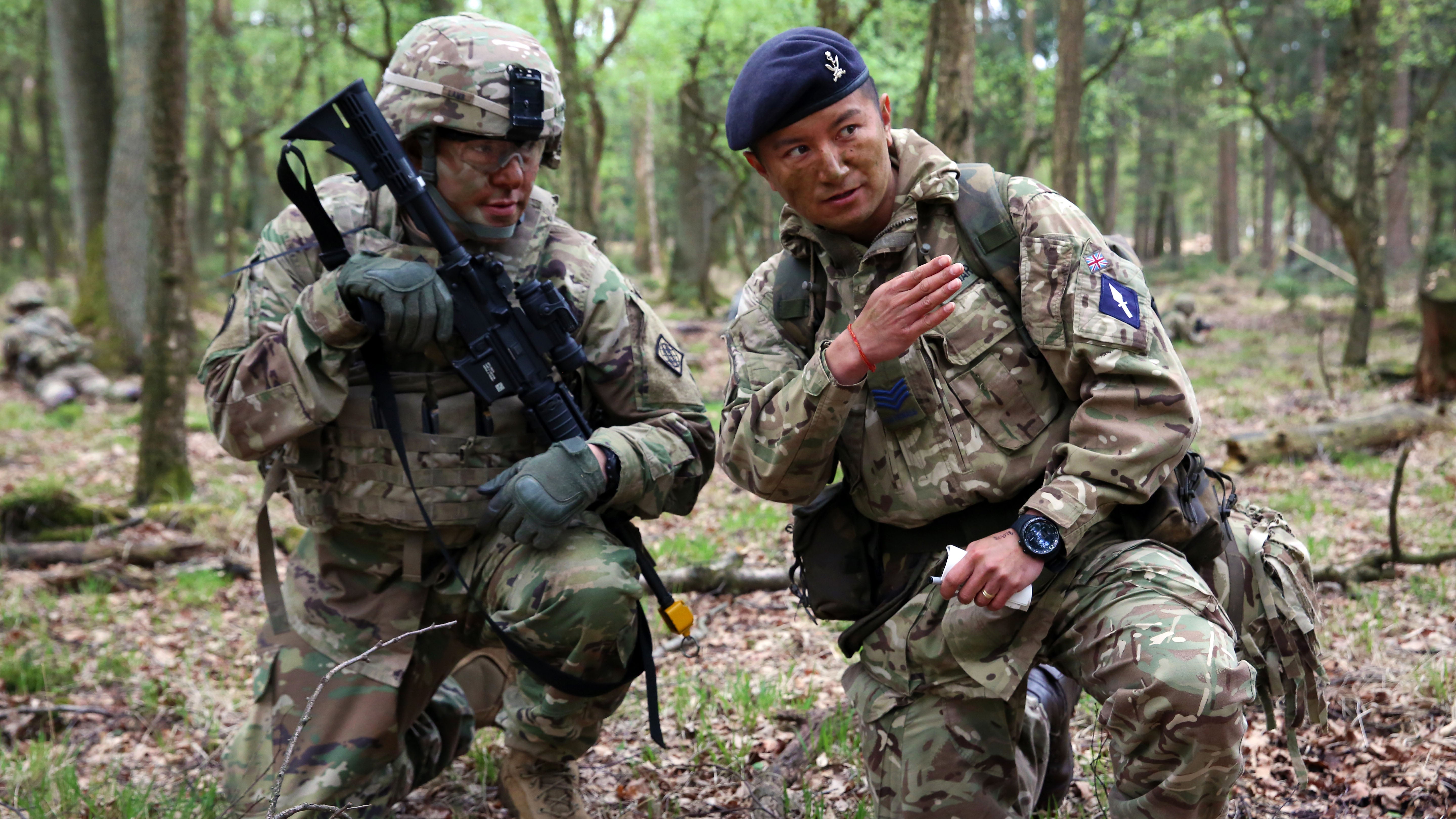 The British army is embarking on a massive modernization and transformation effort, similar to that of the U.S. Army, as it works to build a more agile, lethal and expeditionary force.

Driven by the recently published U.K. Integrated Security and Defence Review, the effort closely aligns with the U.S. Army’s own work to transform after decades of counterinsurgency operations and prepare for a contested, multidomain battlefield.

In remarks May 6 during the Association of the U.S. Army’s Thought Leaders webinar, British Lt. Gen. Christopher Tickell, deputy chief of the British Army General Staff, said a key part of the review “is the importance of deepening our relationships” with allies and partners.

He added, “The relationship I would say the British army enjoys with the United States Army has, and always will be, critical to our nations as we move forward.”

The British defense review, published in March, is similar to the DoD National Defense Strategy, but it’s also a road map for an overhaul of how the British army is manned, equipped and trained and how big the force will be over the next five years.

Challenges facing the British army, Tickell said, include the ability to compete in a multidomain environment, the need to create an organizational design “for purely warfighting,” and the “reimagining of modern conventional deterrence to a more layered and responsive answer” to current and emerging threats.

Tickell pointed out that the British army, one of the U.S. Army’s closest allies, must keep the lessons learned in Iraq and Afghanistan but move away from “a warfighting division … that was organized to deliver an analog fight.”

Instead, the British army must use the review as a blueprint as it transforms into a more expeditionary force, one that’s “more lethal, better protected, better networked, digitally connected, one that enjoys a global presence, but one that has a warfighting core and ethos,” Tickell said.

As both armies work to modernize, Tickell said the British army is very interested and involved in the U.S. Army’s Project Convergence. The series of tests and experiments, led by Army Futures Command, is a model to build closer relationships with industry and create a greater focus on experimentation, Tickell said.

The British army is working with Futures Command, with plans to participate in Project Convergence 2022, but it also is developing its own battle labs for year-round experimentation with industry, Tickell said. It also is taking lessons from exercises such as Warfighter 21-4 in April at Fort Hood, Texas, in which the 3rd U.K. Division took part.

The close relationship between the U.K. and U.S. armies, Tickell said, “really just reinforces all we have learned over the many decades we've operated together in terms of sharing blood and treasure.”

“We must continue to work hand-in-hand both on operations, in training and then experimentation, because only through those lenses will we be able to ensure that critical strategic advantage for our nations, but also ensure that we are delivering the best effect for our young men and women when they stand in harm’s way,” Tickell said.