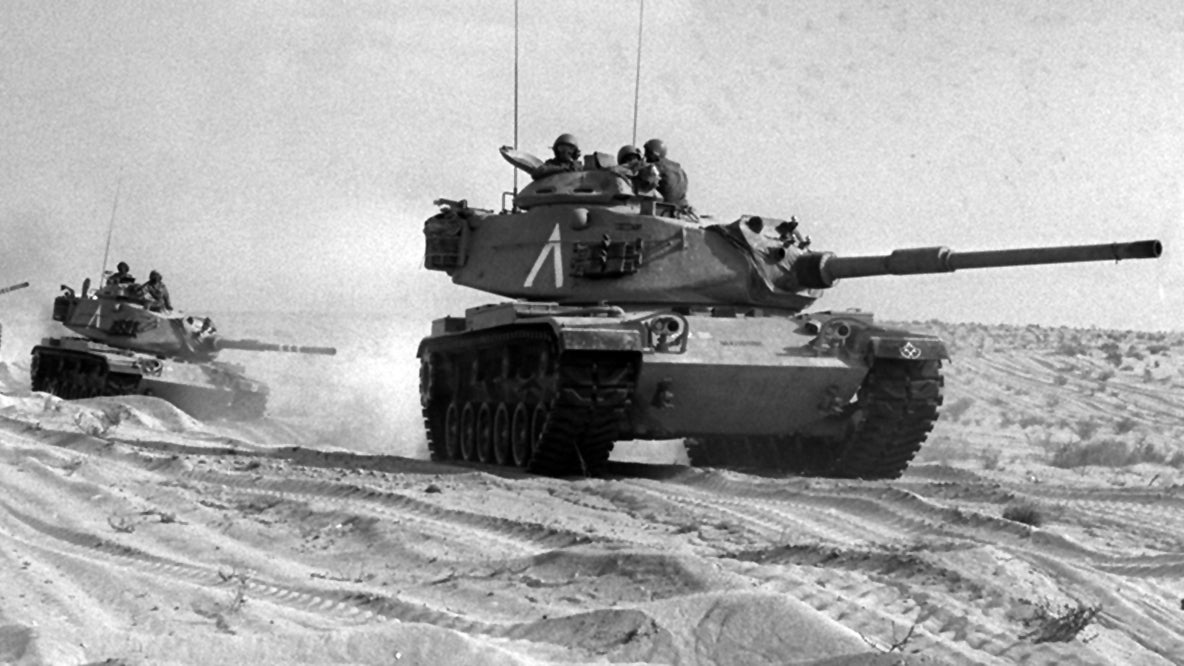 As the Army adopts new doctrine for multidomain operations, lessons from the “highly destructive” 1973 Arab-Israeli War offer insights that can be operationalized for today’s force, the authors of a new paper say.

Also known as the Yom Kippur War, the conflict “continues to hold value not only to military historians, but to contemporary practitioners of the art and science of warfare,” co-authors Lt. Col. Nathan Jennings and Lt. Col. Kyle Trottier write in “The 1973 Arab-Israeli War: Insights for Multi-Domain Operations,” published by the Association of the U.S. Army as part of its Land Warfare series.

“As the U.S. Army embraces modernization and a new battle concept, in the words of Chairman of the Joint Chiefs of Staff General Mark Milley, to ‘engage in ground combat and be able to conduct sustained land campaigns,’ it would do well to reexamine this seminal conflict from a multi-domain perspective,” they write.

Jennings, an Army strategist and assistant professor at the Army Command and General Staff College, and Trottier, an armor officer assigned to Army Human Resources Command, point out that more recent conflicts, such as the 2017 siege of Mosul, Iraq, and the ongoing Russia-Ukraine war, have had “similarly devastating attrition.”

The 1973 Middle East conflict, which saw the Israel Defense Forces fight an existential war against Egyptian and Syrian adversaries seeking to regain lost territories, stunned the world due to the lethality and destruction of the modernizing battlefield, write the authors, who are both graduates of the School of Advanced Military Studies who served in Iraq and Afghanistan.

With sudden reversals and massive attrition, the war saw Israeli forces “lose more than 800 armored vehicles and 100 attack aircraft in just three weeks of intense combat as they grappled with a new array of anti-armor and anti-air defenses.”

Likewise, both the Egyptian and Syrian militaries suffered massive losses as they countered a succession of Israeli ground, air and naval counter-offensives that ended with a dramatic crossing of the Suez Canal.

The crossing of the Suez Canal by Israeli forces, commanded by then-Maj. Gen. Ariel Sharon, who called the Yom Kippur War a “real war,” cost the Jewish state more than 10,000 casualties, while Egypt, Syria and Jordan cumulatively suffered three times that many, the authors write.

“While the IDF eventually won a tactical victory through an audacious invasion of Africa, the Arab partners—Egypt in particular—claimed a measure of strategic success for having bloodied the vaunted Israeli war machine,” Jennings and Trottier write.

“While no two wars are identical and the character of war is ever-changing,” the Yom Kippur War “offers insights concerning combined arms tactics, joint convergence, contested gap crossing and formation reconstitution; all of these insights can be operationalized for [multidomain operations],” the authors write.