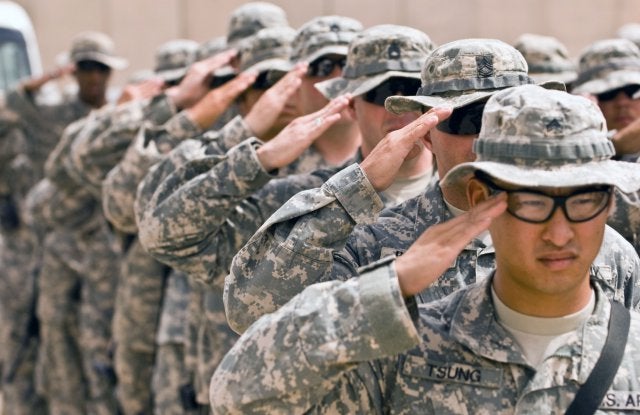 The Army gets more troops and more money than the Obama administration requested under the House Armed Services Committee’s $583 billion defense authorization bill for fiscal year 2017.The bill also adds billions of dollars for “unfunded priorities” that the Obama administration left out of its budget request. The House bill partly pays for those programs by siphoning about $18 billion from the account that directly supports overseas contingency operations.The Army’s active-duty force increases from 475,000 soldiers this year to 480,000 in FY 2017 under the House plan, instead of dropping to the 460,000 envisioned in the White House proposal. The bill also maintains Army National Guard and Army Reserve end strength instead of eliminating a total of 25,000 soldiers, and maintains the authorized U.S. force level in Afghanistan at 9,800 instead of cutting it to 5,500 by January.About $440 million funds the purchase of 36 UH-60M Blackhawks, and an additional $268 million is for five AH-64E Apaches. In total, the bill provides almost $1.4 billion for Army aircraft procurement; the White House request was $78 million.The bill also provides funding for 200 Army Tactical Missile Systems, 17 more than were requested by the White House.Overall, the House bill authorizes about $547 billion for the military’s base budget and an additional $36 billion for overseas contingency operations. The contingency funding would last only six months, until April 30, 2017—a move designed to force the next president to engage Congress on supplemental funding.Service members also get a 2.1 percent pay raise, a figure that matches the inflation rate and is half a percentage point higher than the White House request.The House plan also calls for a huge overhaul of the military health care system that calls for only two TRICARE plans: the current managed-care option, TRICARE Prime; and a new, no-referral network option, TRICARE Preferred.The Senate Armed Services Committee is set to finalize its version of the defense authorization bill this week.