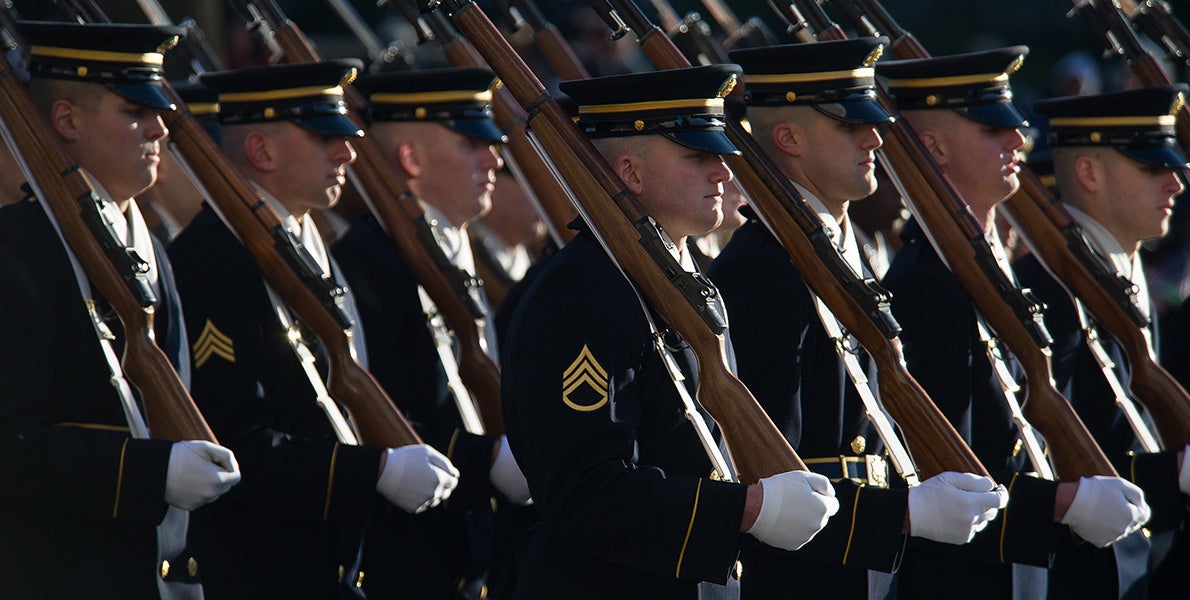 The Old Guard Fife and Drum Corps, the U.S. Army Band “Pershing’s Own” and the Armed Forces Chorus will be part of the evolving July Fourth military parade in Washington, D.C., the Interior Department has announced.

Called “Salute to America” and featuring an address to the armed forces by President Donald Trump on the steps of the Lincoln Memorial, the event moves the spot where fireworks will be fired away from the National Mall.

Interior Secretary David Bernhardt said in a statement that this change will open to the public areas around the Lincoln Memorial Reflecting Pool, World War II Memorial and Constitution Gardens. “We are excited to open these new areas so that more visitors may experience this year’s Independence Day celebration in our nation’s capital,” Bernhardt said.

Trump’s event, beginning at 6:30 p.m. and lasting about one hour, will include music, military demonstrations and flyovers.The area around the Lincoln Memorial will be open to the public at 3:30 p.m.

The annual concert on the West Lawn of the U.S. Capitol, sponsored by the National Symphony Orchestra and National Park Service, begins at 8 p.m. The grounds will be open to the public at 3 p.m.

Fireworks will be launched from two locations, West Potomac Park and behind the Lincoln Memorial, beginning at 9:07 p.m., the announcement says. “They will be visible from locations throughout D.C. and Northern Virginia,” the Interior Department statement says.