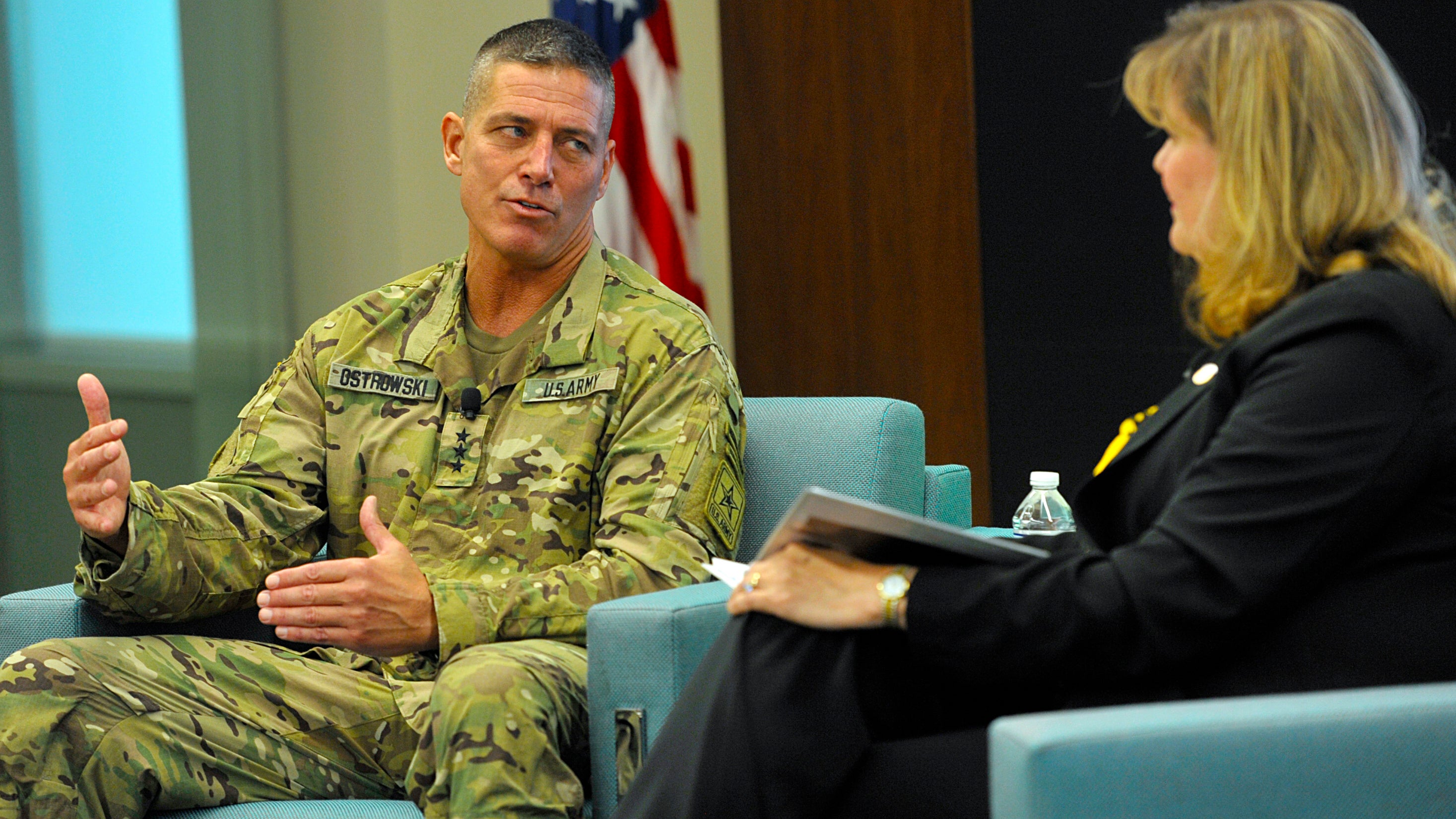 The Army’s failure to modernize “has been detrimental across the board” but big improvements are on the way, said Lt. Gen. Paul A. Ostrowski, Army Acquisition Corps director and principal military deputy to the assistant secretary of the Army for acquisition, logistics and technology.

Speaking July 16 at a breakfast hosted by the Association of the U.S. Army’s Institute of Land Warfare, Ostrowski said the Army remains strong using legacy weapons that have had upgrades.  “This is one Army you don’t want to mess with,” he said.  But the Army could soon be far more capable because big changes are coming.

For example, Ostrowski anticipates the first laser weapon will be fielded by the Army in 2022, and bigger, more powerful laser weapons will quickly follow.  “In the next several years, you will start to see them on the battlefield,” Ostrowski said.

“The toughest part of my job is changing culture,” said Ostrowski, whose 34 years of Army experience have included several acquisition assignments, including a recent focus on rapid equipping. The Army has been too focused on process and not enough on outcome, he said.