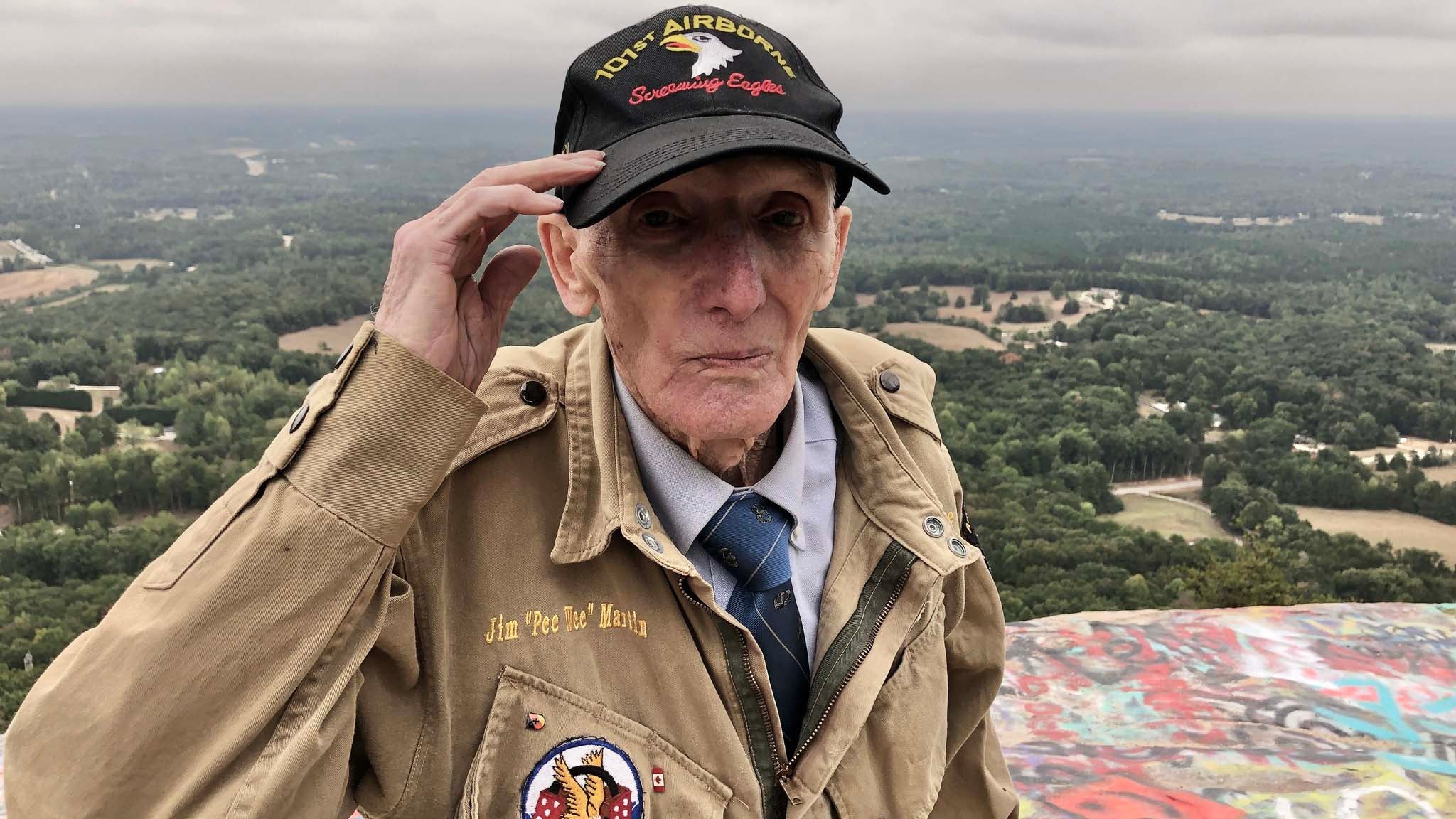 Martin “died in his home he built” in Sugarcreek Township, Ohio, said his granddaughter, Jodi Martin. “He was very at peace,” she said.

One of the last paratroopers who trained at Camp Toccoa, Georgia, Martin and his fellow G Company paratroopers jumped into Operation Market Garden in the Netherlands in September 1944 and in December 1944, he fought in the Battle of the Bulge in Bastogne, Belgium.

Martin worked at a tool and die factory after the war and spent his later years making public appearances to talk about the war and his experiences with the 101st Airborne Division, becoming a national hero to civilian and military admirers across the country and in Europe.

He jumped from airplanes as long as he was able, making his last jump at the age of 99 in Palatka, Florida. He explained in an interview in August that his granddaughters “jump in my honor now.”

On his 100th birthday in April 2021, Martin was honored with a “jump fest” in Xenia, Ohio, where he was greeted by hundreds of people and World War II re-enactors who jumped en masse from vintage airplanes.

Of serving with soldiers he said, “You develop a bond like no other.”

Martin will be buried in the Dayton Veterans Cemetery next to his wife, Donna, who died in 2019.