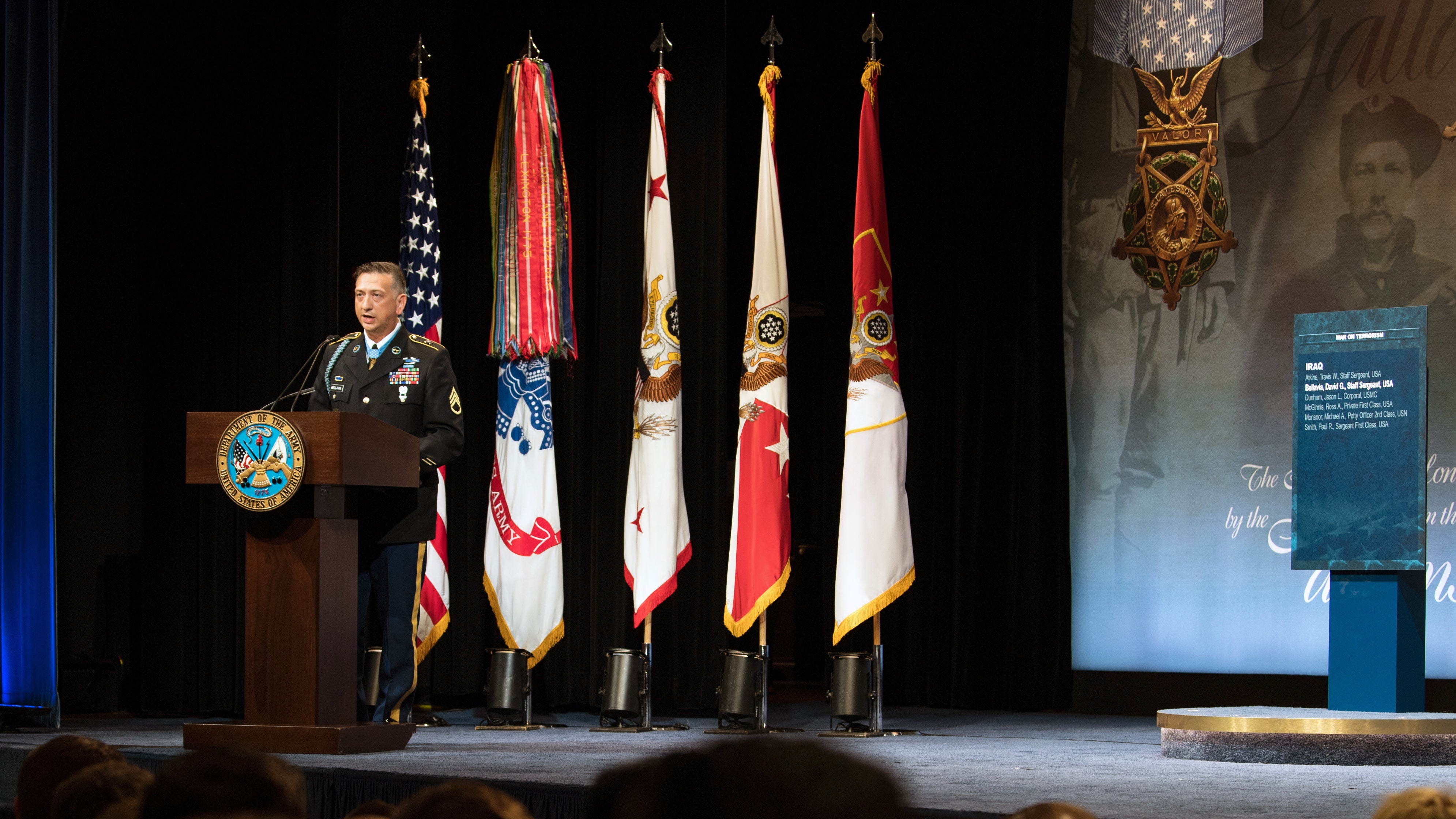 The nation’s newest Medal of Honor recipient described himself as part of a “warrior class” of soldiers who cherish the American way of life and see nobility in their service.

Speaking at a Hall of Heroes induction ceremony June 26 at the Pentagon, one day after he was awarded the nation’s highest medal for valor, former Army Staff Sgt. David G. Bellavia acknowledged that war “has never been a particularly popular undertaking” in the U.S., outside of the country entering World War II after the Pearl Harbor attack.

“For the infantryman in combat, there is purpose and nobility in our lives, and that is unique. But we don’t see ourselves as a people apart. We are America’s warrior class. We are citizens of the United States and treasure this land over any overseas posting,” said Bellavia, the first living Iraq War veteran to receive a Medal of Honor.

“American soldiers have never confused the United States with Sparta,” Bellavia said, referring to the ancient Greek city known for protracted wars. American combat veterans who have fought in Iraq “have maintained and in many circumstances far exceeded the highest of traditions of military service to this great nation,” he said. “They are not seeking adulation or unanimous approval. It is our duty to tell the story of our brave men and women who sacrificed so much for our fellow citizens.”

Army Vice Chief of Staff Gen. James C. McConville, whose nomination to become the next Army chief of staff has been confirmed by the U.S. Senate, said Bellavia is an inspiration.

“Some people look for their heroes at sporting events. There are others who look for them on golf courses. Even others look for them at concert halls. My heroes are soldiers, soldiers who raise their right hand and said, ‘Send me,’ knowing they would be going into harm’s way,” McConville said, describing Bellavia “as one of those soldiers who went above and beyond.”